Just in case you thought we throw these things together…

Harry has produced a series of ‘advertisements’ that we thought we’d put up on ‘non posting days’ (i.e. largely Thursday to Monday, unless I’ve something special to give you) to remind you that, well, Issue 4’s just around the corner!

It’s probably a day of Harry’s SL just to shoot these lovely pix, and then assemble them into a finished form. And he’s produced several!

I’m soooooooooooo tempted to publish the lot, right here, right now, but shall resist (for now), and instead put four of them up in this post, one in large size, the others as thumbnails you can blow up to full size. 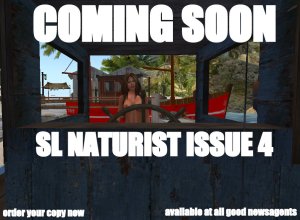