by Ella, Pookes and Harry

I’ve held back some posts in the past week, as they’re kind of fitting for the next issue of SLN, so worth retaining in the short term. And this post ‘Naked!’ also fits that bill, but I do want to keep the posting turning over, hence its arrival now. ‘Naked!’ is a new naturist sim. There are scores of poseballs around it, so it doesn’t meet my criteria of genuine naturism, but Pookes and Harry have visited and photographed extensively. They’ve persuaded me of its merits, so the post, words by Pookes, photos by Harry, follows on.

Naked, as Ella says in the introduction, does contain a lot of pose balls, and little or no privacy, so it’s not quite the ‘genuine’ naturist location we’re used to promoting in SLN. That said, there’s a vibe I can’t quite put my finger on that says that it does have genuine naturist intent, rather than be a mere sex beach.

We’ve argued extensively over whether or not to include it now, in the Valentine’s Day edition of the mag, or not at all. The loved-up nature of the place means it would be wholly suitable for St. Valentine’s, maybe worth a trip with your SL partner for a little amour 🙂 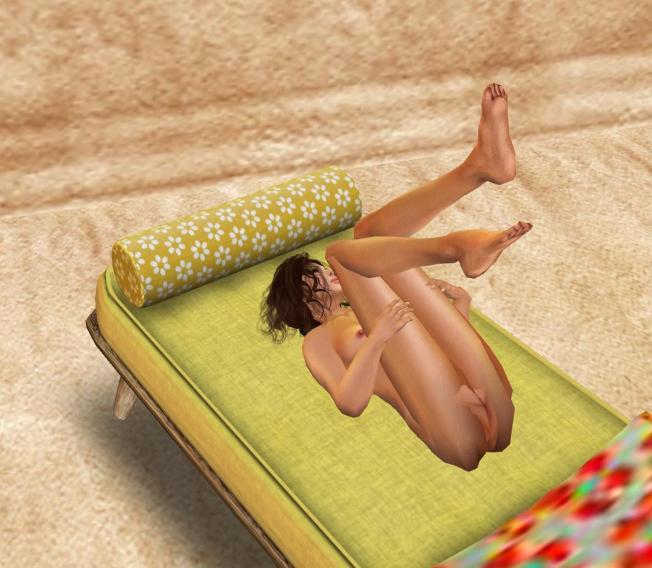 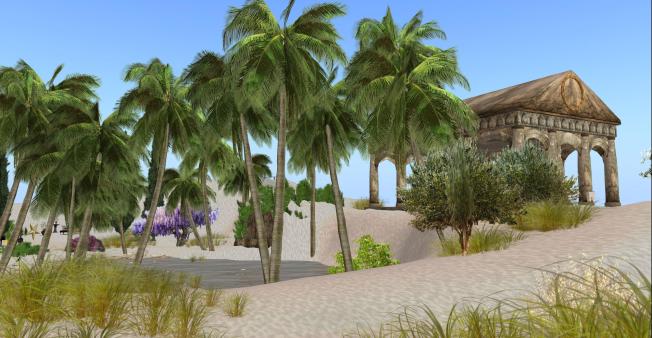 Harry (who has a new girlfriend, Fanny, photographed) has tried out the poses, which we won’t present as photographs here, and says there are some terrific poses based on the Kama Sutra, and highly recommends them.

Having gone over there, I can certainly say there are some natural looking poses to be found, and I even indulged in a post-coital cigarette without actually having indulged in the coitus 🙂 (see photo above).

There’s a lovely Moorish feel to the architecture, and a sense of spaciousness there. While the more sexual poses may not be something I’ll be trying out (I’m SL-ly single, remember?) in the immediate future, I have to say that Naked is somewhere to keep on your radar for the future.

nb: The slurl provided is not the main entrance area, but rather the spot I bookmarked on arrival.