Aliaa Magda Elmahdy علياء ماجدة المهدى is the Egyptian blogger who posted photos of herself naked in order to highlight the lack of freedoms for women in her country and, by extension, within Islam. 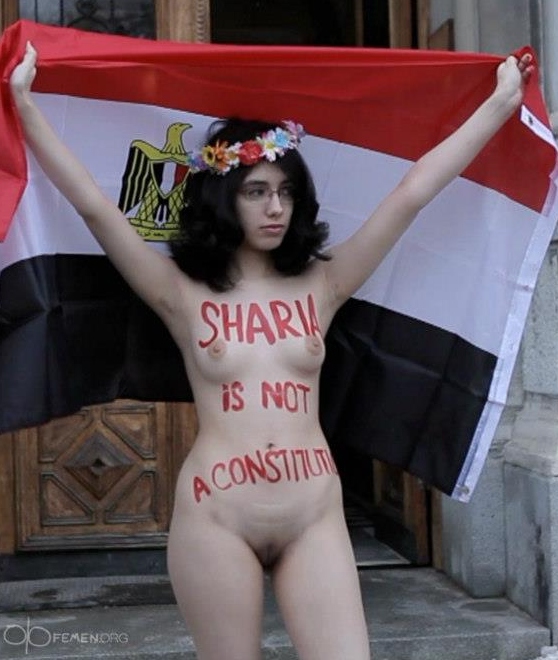 Since doing so, surviving a rape attempt and death threats, she has sought political asylum in Sweden, and participated in Femen protests.

One of our very earliest SLN posts was in support of Aliaa, and of other ‘dissidents’ who dared to stand up to oppressive governments. It was a popular SLN post at the time and remains so now.

You may have heard about Onebillionrising an organisation which highlights the fact that one in three women on the planet (i.e. one billion) will be raped or beaten during their lifetime. A Second Life equivalent is also in existence. We would urge you to support the cause, both in SL and in RL.

Violence against women MUST stop. Whether that’s some sort of mental violence, that results in ‘dissidents’ fleeing the country, or physical violence, it must end.

Women have the right to be equal, to be free, and to express themselves. For us, Gor and its ethos is no better than Sharia Law, or Islamic subjugation of women.