Regular readers will know I spend quite a bit of time sitting at airports, or on planes, as part of my RL. I can’t read on aeroplanes, so I tend to spend a bit of time immersed in music, or messing about with photos I’ve taken on business trips and manipulating them within the confines of the various photo apps I have on my phone.

A trip last week involved flying into and out of a city I know so well that I didn’t particularly feel the need to go snap-happy, although I did still manage to knock off 100 more photographs for my files. Yes, I do take photos of ‘the tourist attractions’, like everyone else, but I tend towards photos of lesser considered things. Trabants in Berlin, boulangeries in Paris, taxi drivers standing smoking at a rank in Prague….that sort of thing.

Knowing I couldn’t fill an entire flight home manipulating images of the city I was in, I decided to experiment with a few SL photos I have. Some have already been posted, some are ‘pending’ for upcoming posts (so don’t be surprised if you see the originals in subsequent posts), some might otherwise never make ‘the cut’ for publication.

What I did was take a photo of the photos on my computer screen, rather than transfer them to my phone, so we immediately began with a photo that was ‘degraded’ to some extent. After that, I began editing them down using the ‘Camera Bag’ and ‘Camera Bag 2’ photo apps, and manipulating exposure times, contrast, etc, until I ended up with what you see here.

If anyone likes the end results, I’ll do a few more on my next trip abroad, and begin posting them all to the ‘Harry’s Pix’ page. 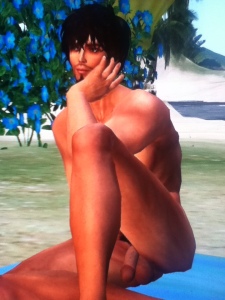 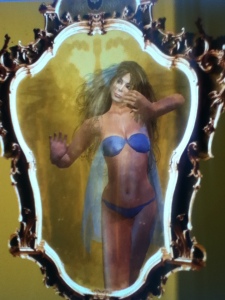 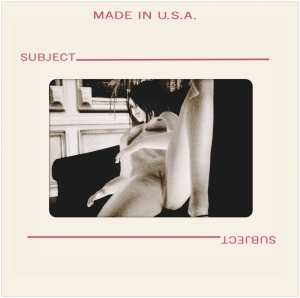 and her association with Man Ray. This led on to a session attempting to replicate Man Ray techniques like ‘solarization’. 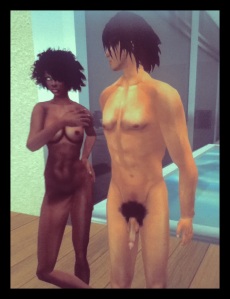 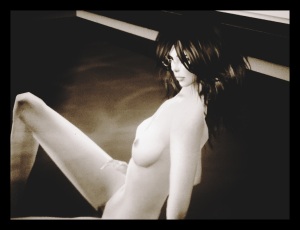 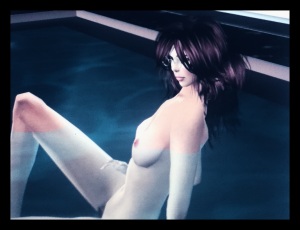 Ella again, both taken on her exploration of the ‘Eden Celebration’ sim 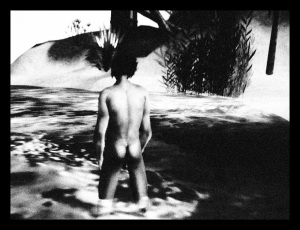 We’ve all heard on nude artist’s models. Here’s the nude artist in question! 🙂 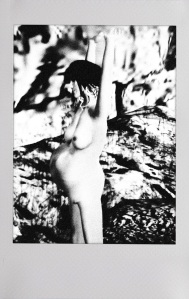 nb: After publishing, I’ve only just spotted ‘errors’ in a couple, such as a very visible computer cursor in a a couple, and a further photo badly cropped. My apologies for these mistakes