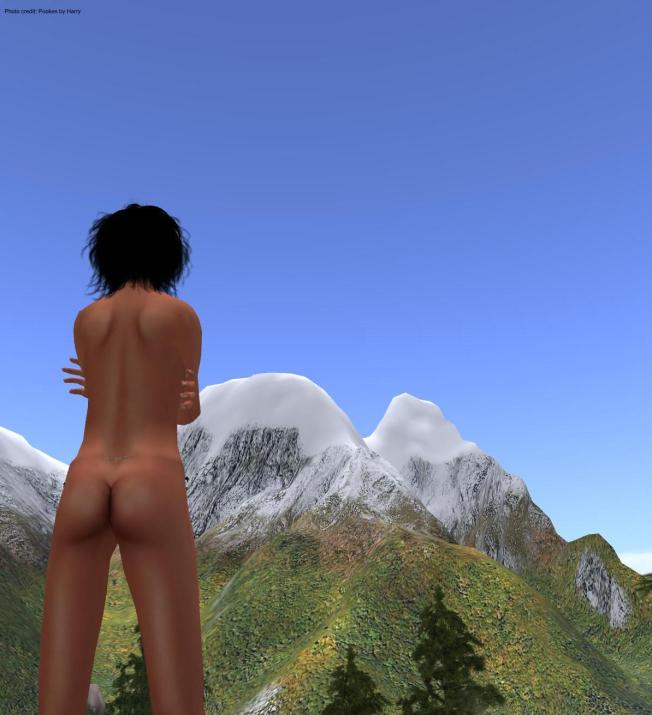 We’ve blogged on the ‘Mtn Babes‘ website before. (I captured Ella on that occasion, and it’s Pookes turn this time!) It’s a lovely, quasi-naturist concept. Climb a mountain, take a pic of yourself, or have one taken of you, topless, bottomless or fully nude, from the rear. Hence, no faces exposed!

As a result of the anonymity, it’s proving to be immensely popular, and apart from the ‘cheeky’ views of ladies there’s always a glorious view of the land beyond.

As with SLN, ‘Mtn Babes’ evolves. As well as ‘babes’ and mountains, some of the photos have begun to include guys (also rear views, and the ‘significant other’ of the ‘babe’ involved) and similarly styled shots that clearly aren’t from mountains! (see the pic below). It has also broken out of its north American origins to include photos from locations elsewhere around the globe. 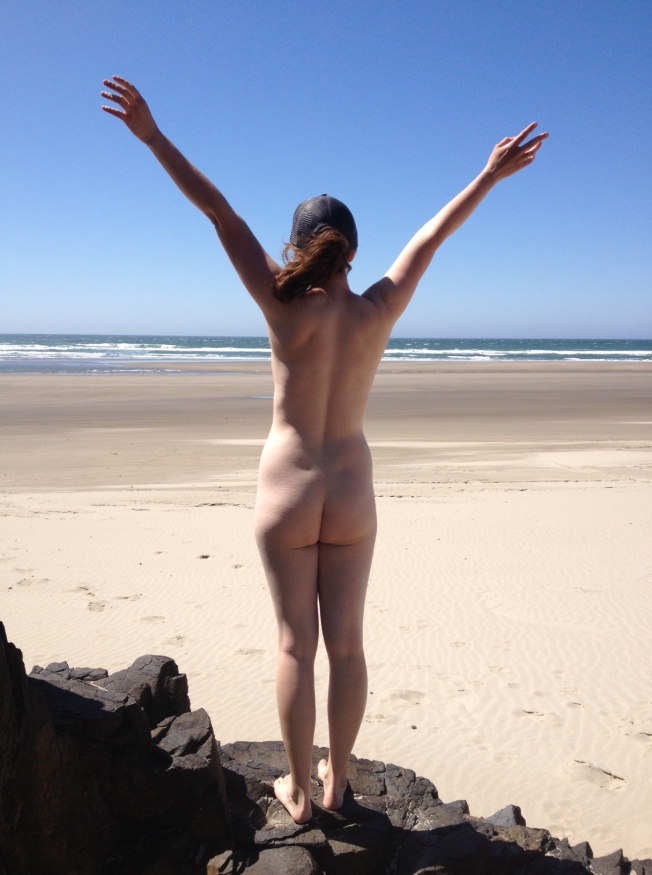 I love the simplicity of the concept, and the fact that people are coming to experience the exhilirating feeling of sunshine and a breeze on bare skin, one of the most wonderful feelings of being alive!

I imagine a majority of the women (and guys) involved would never classify themselves as ‘naturists’, but if it leads them to naturism, that can only be a positive thing, can’t it?

With the site in mind, I decided I should replicate the concept of the ‘Mtn Babes’ in an SL context again. (Barbara, you’re my next willing volunteer, lol. 🙂 )