We do try to keep, ahem, abreast of nude news around the globe, and let this inform how we approach the blog, both in the ‘magazine’ posts and the stand alone posts. Our SL naturist activities may be steered slightly to reflect what’s going on in the wonderful world of RL naturism.

I was therefore exceptionally interested in this article, which promotes the health giving benefits of naturism. While one or two of the points raised may be debatable, I’m not sure comparing the naked rat with a furry rat has any scientific basis at all, there are some thought-provoking points raised. Certainly the point about Vitamin D, the sunshine vitamin, being much more readily absorbed (just don’t overdo it and burn the skin!) is valid. And the point about naturists being much more tolerant is probably equally valid.

The article is certainly worth a read if you want to set your brain off on certain avenues of thought.

I have to say that I regard naturism as easily lending itself to a healthy lifestyle. It can often revolve around good, healthy eating, exposure to the benefits of sunshine (but be careful out there!) and lots of exercise. I don’t mean that we suddenly become gym-freaks, but it leans towards plenty of swimming, walking, sometimes cycling, and then there’s nude hiking for the particularly active. Below, naturist Karen shows us the way at Eden’s Outdoor Gym. 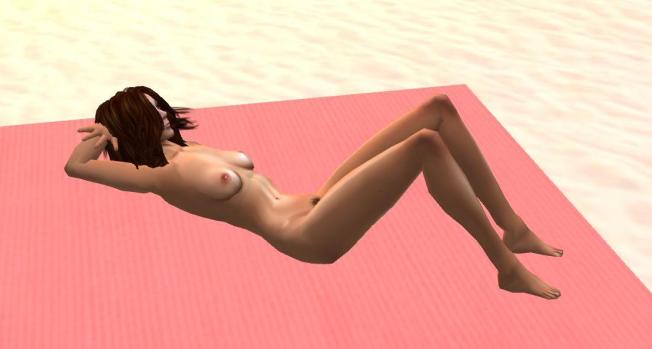 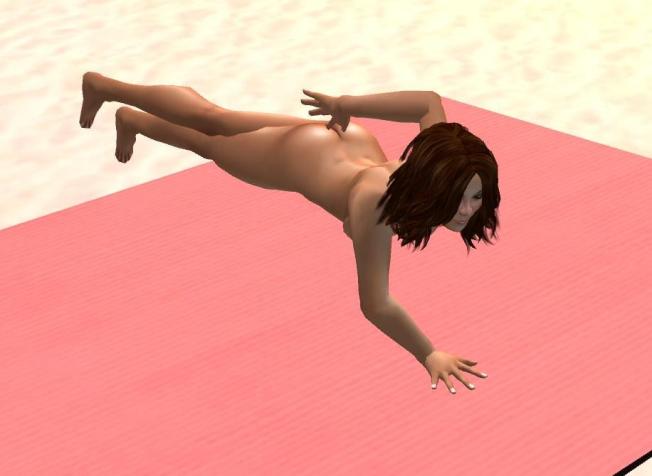 Then some one armed press-ups

And then some weights! (This looks like hard work!) 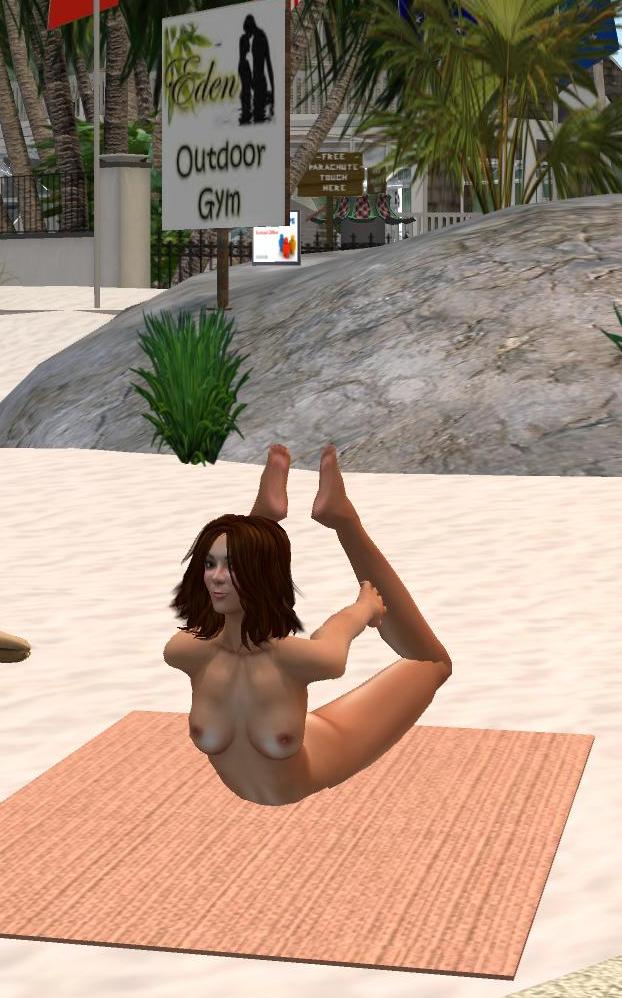 ‘Warming down’ with some yoga 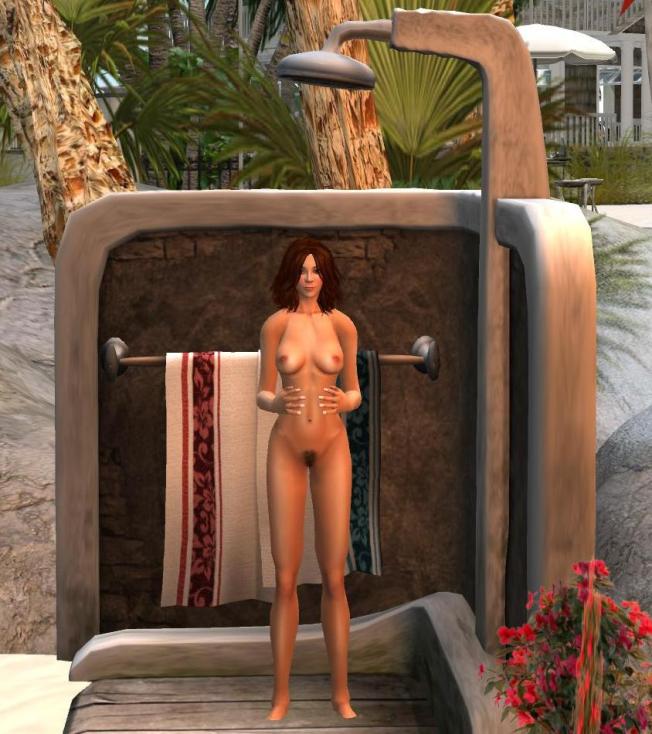