As usual, I took a break from blogging after I get an issue of SLN published, and spend a little time not thinking about ‘what’s next?’ and instead just kick back and enjoy SL.

And I was devastated to learn, during my travels, that Evacaroline’s ‘Sweden’ sim has closed, almost entirely due to the griefing efforts of one person, as Eva makes clear in her group notices. Sweden has been around since day 1 of my SL; it was probably the first naturist venue I ever visited on the grid. Throughout five years, or however long it has been I’ve been in SL, it has been a constant in the ever changing, often fast-changing pace of Second Life. It was great to know that it was there, even if I didn’t visit every day. And Eva did a terrific job of making it evolve slowly. Just occasional changes took place to the layout, design and facilities so it always felt ‘comfortable’. There was never any sense of tp’ing in to find everything had been moved around by a constantly tinkering builder. Sweden just felt right, felt nice.

And now it has gone because of one idiot. 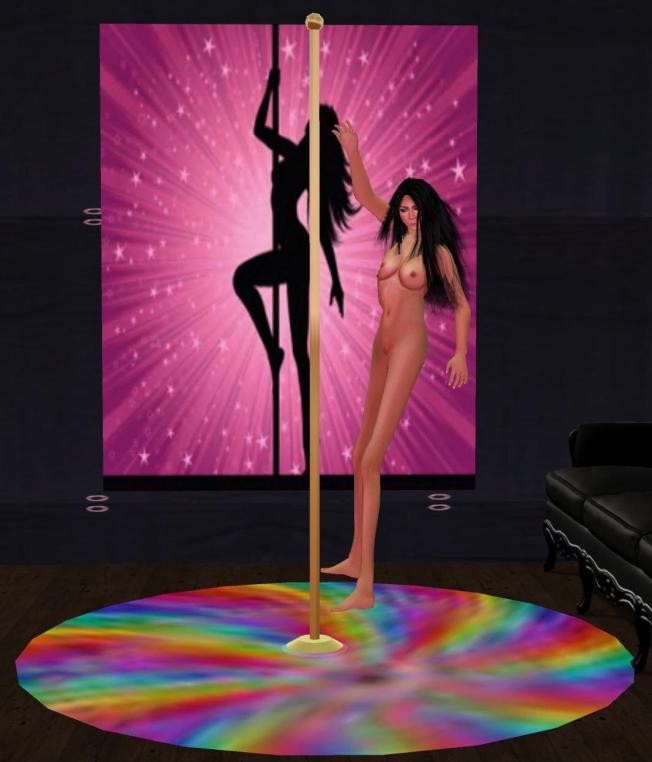 One of the last photo shoots we did at Sweden featured a model working on a dance pole.

We sincerely hope that Sweden will return at some point, and that the efforts of one moron doesn’t spoil SL, and SL naturism in particular, for everyone.