I think most people now have an idea what the RL Burning Man Festival is. If not, you can visit their website here or read the wikipedia entry on a week of craziness here.

Word reaches us of a virtual Burning Man festival coming to Second Life in October. The RL event is from August 26th-September 2nd, but the SL event will be from October 19-27.

The sim is already up and running. It’s looking a bit spartan at the moment, with just a few builders constructing their contributions, and all manner of building materials in evidence. Still, if you want to go over and check on its development between now and the start date, or bookmark the location for when it does commence, you’ll find the url here.

Why am I so interested? Well, I think there’s a firm emphasis on ‘alternate lifestyle’ at festivals like Burning Man, and naturism is an alternate lifestyle of itself, so we’re kind of like natural partners in a sense.

And anyone who has ever checked out Burning Man events (either for real or in a ‘googling’ sense) will know, quite a lot of random nudity, body freedom, takes place. 🙂 You’ll find a blog on the theme here and a flickr site (emphasis more on the craziness than the nudity) here.

We did actually consider taking a plot here in order to promote naturism, but as none of us are builders, and we can visit it ‘dressed down’ anyway, I don’t think we’ll proceed with this idea. Our collective building skills aren’t even enough to create a banner that says ‘go and read SLN magazine’! Maybe we could buy a fire or something so that a bit of skyclad fire dancing could go on…I dunno. Probably not for us this year, anyway, unless there’s some kind builder can make us some banners. 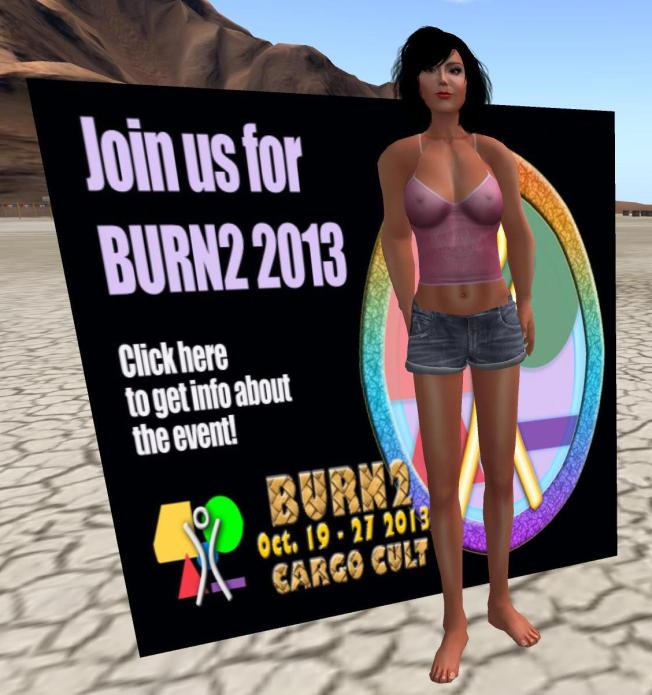 I’m not sure Ella knows yet 🙂 but I’ve appointed myself official SLN reporter from the craziness that I hope takes place that week, and I’ll certainly be trying to get up several posts from the event.

Another element of Burning Man is the Critical Tits event, and this link explains part of the thinking behind it.

OK…if it’s some boobs and nipples you want…let me be the first to go topless at the festival site! 🙂 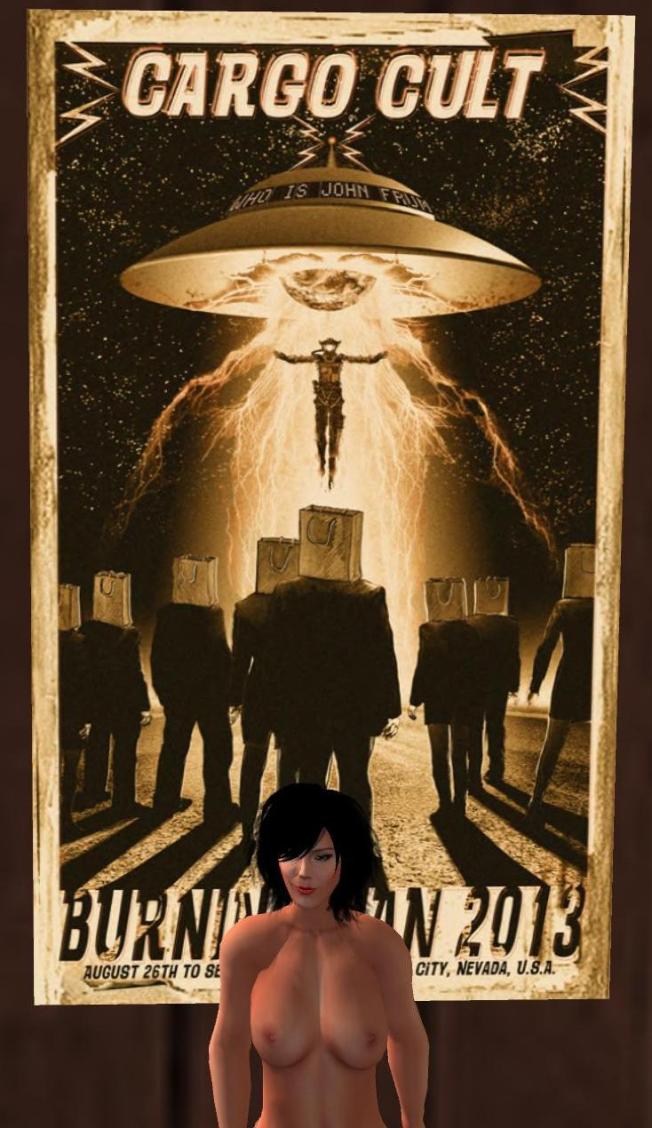 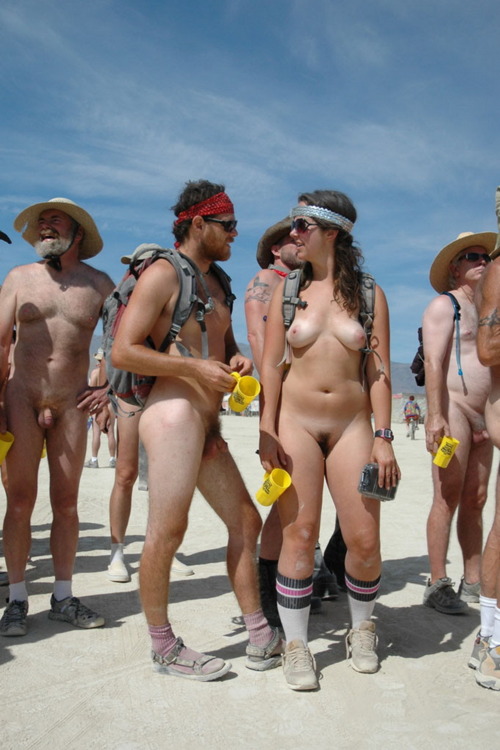 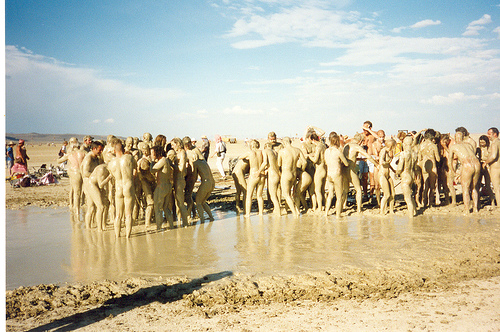 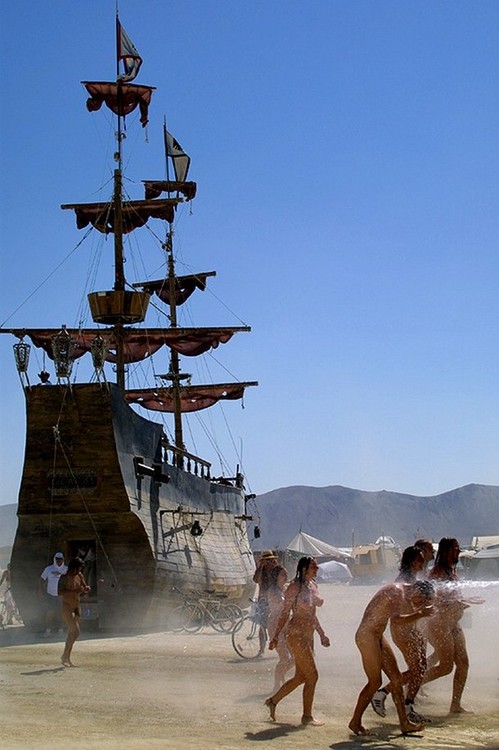 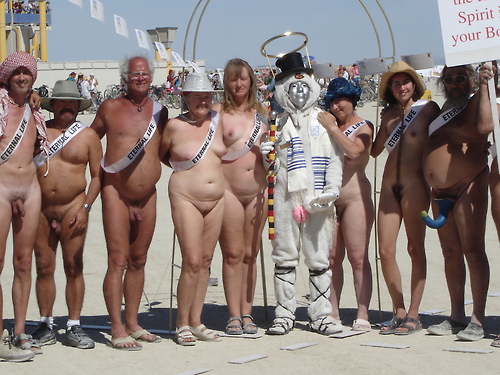 Full nudity will almost inevitably follow, but to get a sense of the naked madness, I’ve included some RL photos of nudity at previous events. Further updates on the RL and SL versions to follow as I get them.