My educational background is in History, specialising in Victorian history. Historical eras in Britain are essentially divided by the monarch’s reign, and we are currently in the New Elizabethan era (which began in 1952). I imagine that History will eventually sub-divide this into early and late eras, perhaps even early, middle and late, if Queen Elizabeth goes on much longer (and she shows no sign of slowing down).

It’s worth explaining this because the chances are that in your country that era isn’t necessarily referred to as ‘Victorian’ (although it will be if you were part of the British Commonwealth of nations, so that’ll cover quite a bit of the globe).

We sometimes think we know about Victorian attitudes, prudish and highly moral, and sometimes forget that it was a period of rapidly changing attitudes, forged in a white-hot flame of scientific advance (electricity, Darwin, geology, radio, manned flight all pretty much coming in that Victorian era).

So let me post something about bathing rituals in the Victorian era.

Victorians thought nothing of bathing nude in the sea! The invention of swimming costumes came as late as 1870 and before this the options were a bathing hut wheeled into the sea or to cavort naked in the waves. It seems the later was not as exceptional as you might suspect, and many preferred nude bathing! In the summer  months the correspondance columns of local newspapers were full of complaints about the;

However one naked bather, the Rev Francis Kilbert, was anything but loose morals. In his diary he extols the delights of nude sea bathing and somewhat innocently complains about,

‘the detestable custom of bathing drawers that are now becoming de rigeur.’

It seems he created quite a stir at Seaton 1873 when unaware of the new requirement for wearing bathing suites, especially as;

‘the young ladies strolling near seemed to have no objection.’

One newspaper, the Saturday Review, commented on the habit of some women activley seeking out male nude bathers;

‘There they sit [women] happy, innocent, undistrubed – placidly and immovably gaze at hundreds of males in the costume of Adam.’

Further discussion on Victorian attitudes to nudity can be found here. 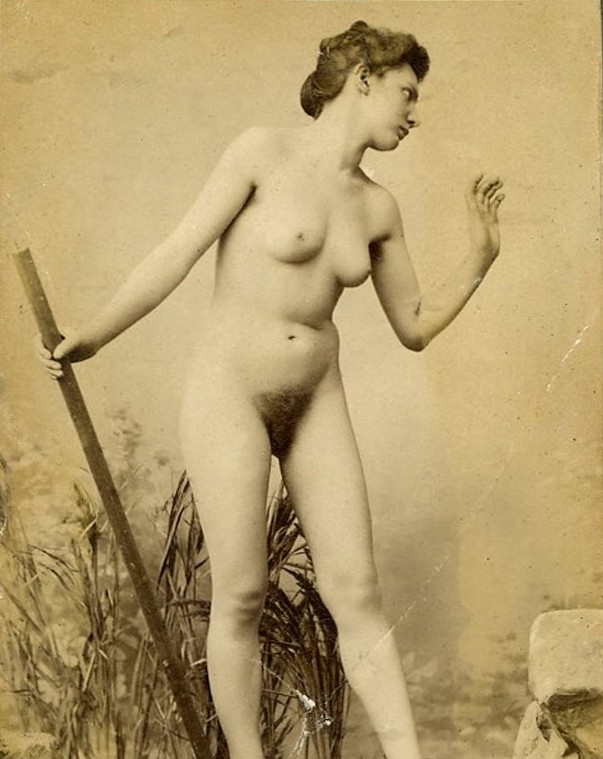 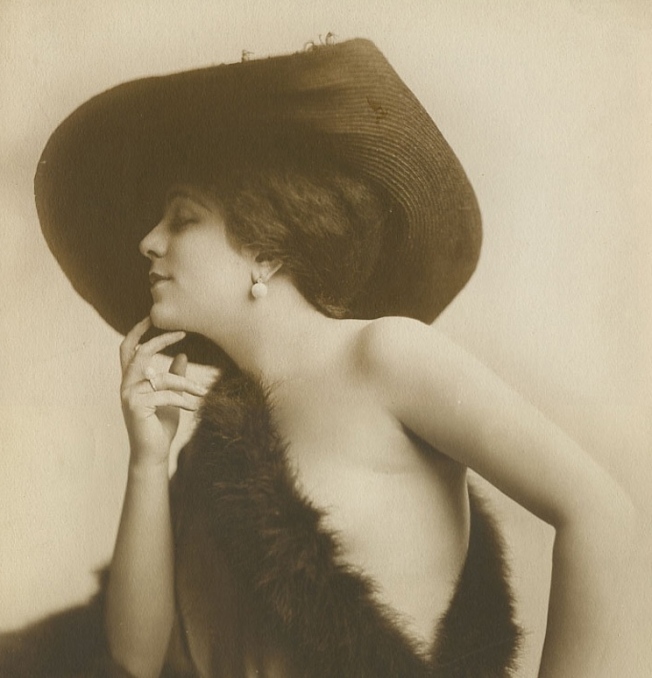 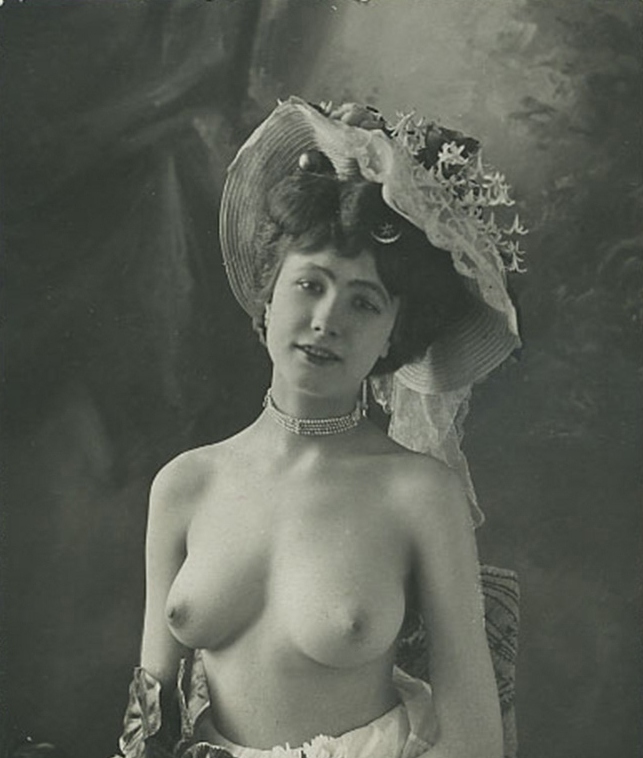 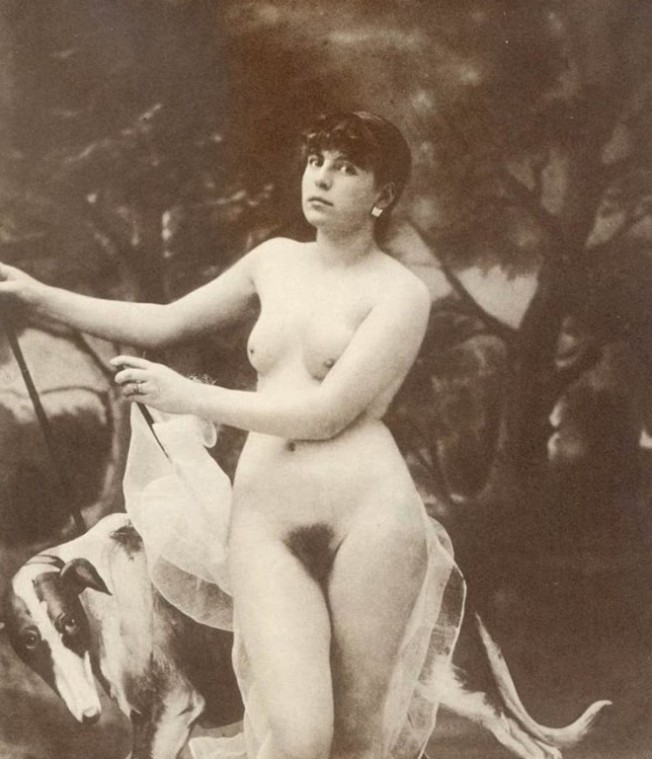 The images above are of Victorian era nudes, being distributed on the cutting-edge technology of the day -photography- just as new representations of the nude, in its many manifestations and flavours of sexuality, is now distributed in the cutting-edge technology of 2013 -digitally, and given the capacity all of us have to record the minutiae of our lives, including what goes on in the bedroom or on the beach, a veritable explosion of nude photography (much of it qualifying as pornography as opposed to mere representation of the nude male or female form).

And pay attention, if you will, to photograph 3 in particular, as it captures a flavour, in terms of the hat, the jewellry and the petticoats, of what we often see as ‘steampunk‘ styled clothing -much of it harking back to the Victorian era.

Those of you who have followed this blog for any length of time will know that Harry has occasionally attempted to capture a flavour of naturism in a ‘vintage’ style, re-imagining what SL nudity might have looked like in the 1950s, or the era of the 1914-1918 World War. Indeed, we’ve got our own page where some of the representations, occasional forays into the past, are housed.

IMs and emails have flowed back and forward between Harry and myself recently, and Harry’s intention is to undertake a lengthy series of photographs that re-imagine a Victorian, steampunk naturism, given that there is a plethora of suitable sims around. If you aren’t getting ‘tango’ed’ with prim boobs, perhaps this year’s ‘must have’ (ho, hum!) SL accessory, then perhaps you’re indulging in this year’s ‘must try’ SL alt-lifestyle, one I would suggest may actually rival ‘Gor’ in the RP stakes.

I don’t plan to host much of ‘steampunk naturism’ on the SLN web pages, but I will endeavour to keep you informed of new additions to that particular style on Harry’s own web presence over the coming weeks and months.