I don’t think I’m raining on anyone’s parade to say that the next issue of SLN is going to be focusing on ‘non-white/western attitudes to naturism’. Why? We’ve got a healthy number of readers from across Asia. If we accept the Bosphorus River (it spearates the two halves of Istanbul, Turkey, with west Istanbul perceived as being in Euroe, east Istanbul in Asia) as the gateway to Asia, then the continent is massive, from the Bosphorus River to Taiwan.

In between? The Indian sub-continent and China. Both will make their mark on the SL & RL global economy in the next ten years, mark my words. In fact, I do believe we shall see a seismic shift in the thrust of SL over the next decade, away from a US/western European axis, to that of an Asian one.

We already have sizeable Indian and a smaller Chinese SL community in world. These (as well as Brazil’s) will grow.

Some of you may remember that an ‘international’ issue of SLN was abandoned over a year ago. At the end of this month, we’re going to try again.

For the title of this post I’ve used Desi/Videsi (‘desi’ is pronounced ‘deshi’, as in Bangla-Desh‘) which references the ‘Desi’ (Indian) community and ‘Videsi’ (non-Indian). While it directly references India’s names for ‘domestic’ and ‘foreign’ groups (and products, and cultures) it could equally apply to other cultures and nationalities. Attitudes change between the indigenous population and ex-pats. And this can often be seen in changes to attitudes between a home-grown audience (the ‘desi’s) and the diaspora. Particularly with regard to issues of sexuality and naturism. Attitudes may vary between generations, between the Asian born parents and the western-born (or raised) children of immigrants. 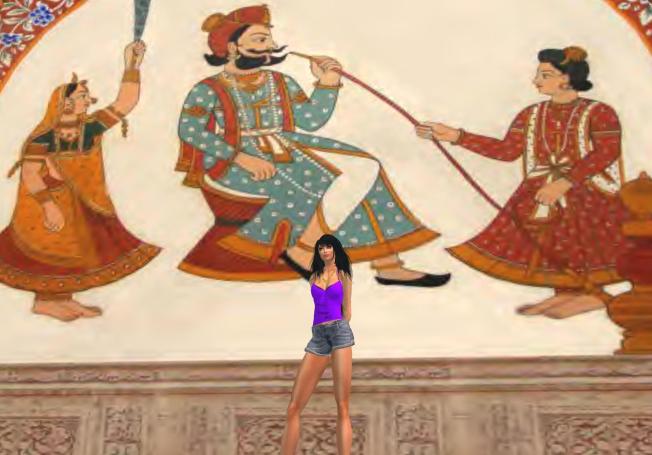 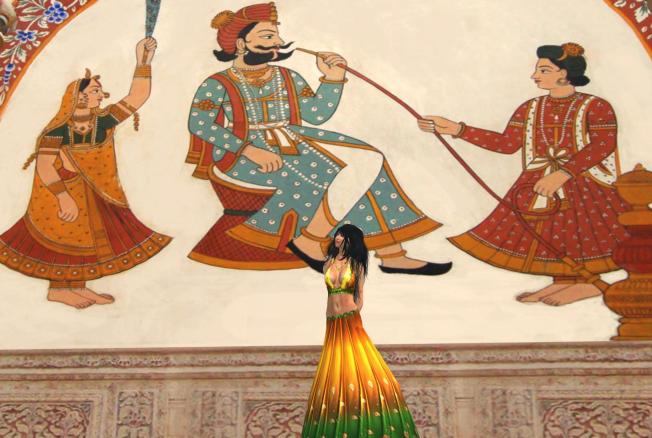 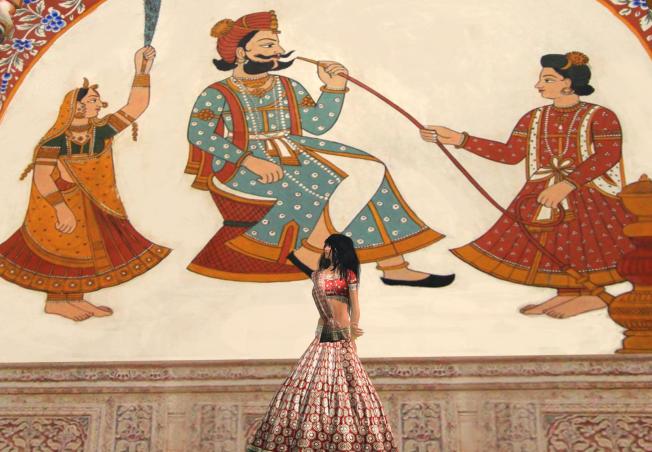 With all of this (and more) in mind, we approach SLN10 as ‘the international edition’, and attempt to ‘get under the skin’ of non-western SL users. Explore their attitudes to life, in general, and to naturism (we are SL Naturist magazine, after all).

Arriving towards the end of the month, hopefully it may provide an insight into what makes non-western SL users tick, and where they see SL headed.

Ella adds….’Indeed, Babs. Work is well advanced on SLN10, and the expectation is of a Hallowe’en publishing date -since we don’t really grab Hallowe’en as a particularly great event, unlike much of the rest of the SL blogosphere.  The international edition is one I’ve wanted to produce for a long time, and a prior attempt failed. Readers should note that we aren’t drilling down on ‘India’ as the focus, simply because of the Desi/Videsi title. The hope is to explore much of the non-western, white world, and how those users and readers find SL’.

I’ve received a delightful notecard from Jarl Ironfist regarding the whole process of Abeltoft (see our first blog entry on the place here and visit Abeltoft here).

Jarl explains that the sim has evolved, and is evolving, from a Gorean sim (I guess that makes sense in the context of a more ‘relaxed’ dress sense 🙂 ) to embrace a sense of a game-within-a-game, in that each tenant farmer grows crops, which require a bit of ‘hands on’ attention, and the butcher can sell meat to the baker (or grower of grains, more accurately) and the excess goes to help paying for land tiers. 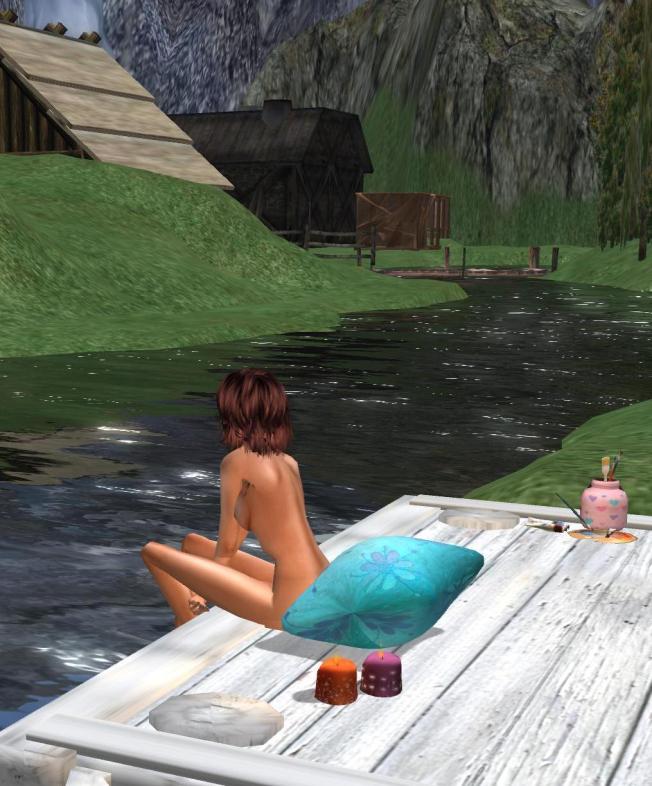 A tranquil naturist area exists away from the farms 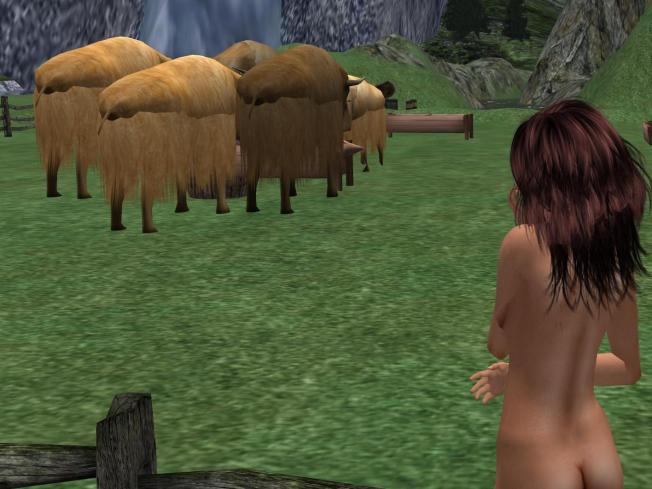 Although it’s fun watching the animals. 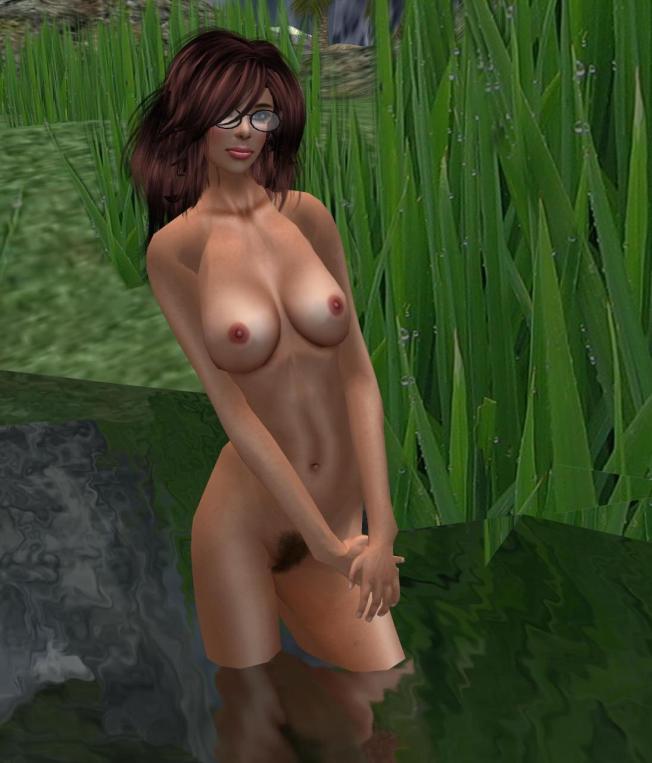 While exploring I found a crop that I think is rice, almost ready for harvest. 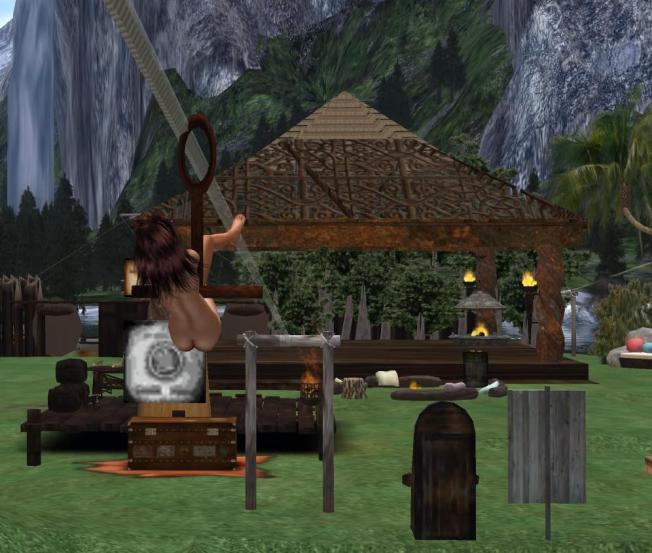 And even those who do engage in the farming RP deserve some fun. Here, I tried their zip wire, possibly an SL first for me.

Interested? I am. While I wouldn’t envisage becoming a farmer within Abeltoft myself -this blog keeps me more occupied out of world than in it, and I simply wouldn’t have the time to do both- I certainly think this whole idea is remarkably exciting. At last! A way for SL players to occupy themselves in a realm of (money) production that doesn’t involve clothing or the sex-trade! Imagine if the concept was extended across the grid. Imagine if it were possible -on entry to the game- to determine one’s field of production (arts, farming, publishing, clothing, sex-trade…and a whole other raft of possibilities, even electrician, plumber, carpenter, baker, butcher, etc) so that you could ‘earn’ a living. Imagine earning bit coins (Abeltoft’s currency) by ‘wiring’ someone’s new home, for example. In exchange for your labour you could earn something that you know. Imagine buying a reel of electric cable for a bit coin, then ‘installing’ it (in a utilities section of next generation SL homes) for two bit coins and ‘earning’ a living?

The possibilities are endless.

Granted, there are those who wish to come into SL for a bit of social (or cyber!) interactivity, and there’s nothing wrong with that. It has its place, and I guess that’s more my way of running a SL than those at Abeltoft…but nevertheless, the whole concept is, well, visionary!

Jarl goes on to tell me that there’s essentially two distinct groups operating within Abeltoft -those growing crops in a roleplay context and naturists. It’s possible to interact with those in the RP side of things, obviously, and engage with them, or simply use the sim as a naturist location. There’s a kind of ‘medieval’ feel to the place, again, the Gorean roots are evident in this respect, but I was also reminded as to how some ‘historical’ RL naturist ‘landed clubs’ (i.e. naturist clubs with their own private grounds) look in photographs. The roots of naturism (or ‘nudism’ as it was called then) always show, in photography, members involved in all manner of physical activity, digging out swimming holes, building fences, etc, and the females of the club getting together for a bit of a cook-in prior to a communal dinner. So in all of this the whole vibe of Abeltoft was a blur between the ‘medieval’ and as recently as the 1960s/70s naturist club vibe. Once you understand naturism, in RL historical context, the entire thing just seems to work marvellously well.

I’ve got a great sense of excitement about the entire project Jarl is bringing to life, so I joined the Abeltoft community in order to fully explore the sim, and bring you photographs of it in all of its glory. Having now been inside, I can say that even from a naturist perspective, it’s exciting. Beautifully laid out, lots of little places to explore and things to try. I was captivated in the way it all comes together in a relaxed, understated way. I feel that, because of the farming element, Abeltoft would have the potential to become a very sociable sort of SL naturist sim, and the feeling of a community possible. I could imagine sitting around the campfire, at the end of the day, with a bunch of SL folk I know really well in company. I don’t think that sense of a close-knit naturist community has really been present, in my experience, since the demise of the old Manatee naturist sim (from about four years ago). Whenever you visited Manatee there would always be at least 2-3 people you knew very well there, another couple you’d spoken to, and a further bunch that you knew you would become firm friends with. I sense that, given the chance to grow organically, Abeltoft could potentially be the sim where a cameraderie and community can grow.

I feel that, maybe, there are even possibilities to be explored in a context of role-play in SL naturism. More on Abeltoft -both text and photos- either tomorrow (Thursday) or Friday.