When I saw the image (above) on a naturist blog, I immediately knew I almost could replicate it in SL!

Rounding up German model Zoftig, we headed over to Eden Naturopolis and the beach bar close to their main landing point. Five minutes later, we were done! 🙂 And thus we have yet another in my continuing, occasional series in which SL replicates RL!

I’m sorry to say I missed the ‘tell me a story’ contest that Exposeur Poses are running.

The remit was to pick up a box of poses at the front entrance (they’re still available, free!) and tell a story with them, across a few photographs.

I’d certainly have been keen to enter had I picked up on this earlier! Perhaps I could have used the cash prize (L$10k) and giftcard (L$5k) to ‘give back’ to the models who’ve so willingly and freely given of their time and patience over the past couple of years. It just goes to show that it’s important to be ‘on the ball’ in respect of these matters!

Despite missing the cut-off date, and not complying with the contest’s rules (which categorically state ‘no genitals‘! Sorry…we’re a naturist blog after all! 🙂 ) I rounded up models Malgorzata -by now a familiar face in some of my work- and Markus to act out a mini-essay of their day at the beach. Utilising only the poses in the free pack, and another one called ‘Heavy in my Arms’ (L$175), I’ve created a little mini essay that all of you ladies who continually put up with us guys acting like idiots a lot of the time will recognise! 🙂 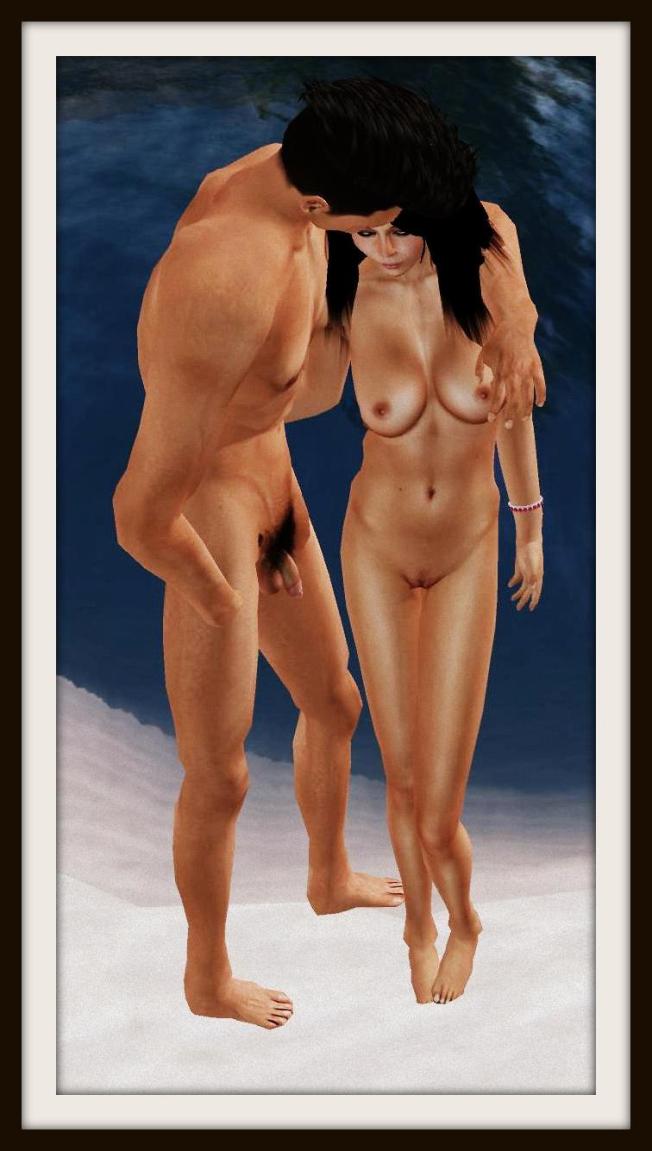 ‘When she overheard me asking some of the guys to come over to watch the football game, she became quiet and withdrawn’.

Before I had time to think or react, she headed off for a swim, leaving me to reflect on my own stupidity

I felt terrible! It’s only a football game, and she’s the most important thing in my life.

‘I’m sorry, babes’, I told her, ‘I’m just a dumb guy who doesn’t think too much’. Her warm embrace told me I was forgiven until the next time I act like a jerk! 🙂