Doria Tillier, a former model and French weather presenter on the Canal+ channel, lost a bet this week. 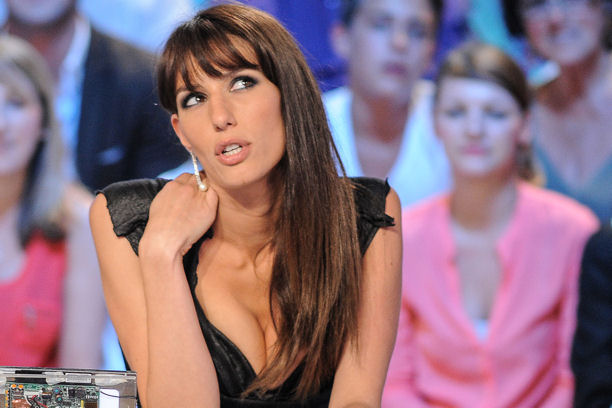 With France trailing Ukraine 2-0 following the first leg of a two-legged play-off match to reach next year’s (soccer) World Cup Finals, she said she would strip naked and present the weather forecast nude if France got through to the finals in Brazil in 2014.

A 3-0 win in Paris earlier this week put France through, 3-2 on aggregate. When Karim Benzema (who plays his club football with Real Madrid) scored to make the match 2-0 to France on the night, and level the tie at 2-2, Tillier began to stress on twitter.

(alternatively, ‘putain‘ could also translate as ‘Bloody hell!’. The word is almost interchangeable in context, I believe)

And Doria was true to her word, as you can see in this youtube video.

Of course, the French do these things with a certain style, so the channel she works for carted her off to the village of Poil. ‘A poil‘, in French, kind of means ‘only in your hair’, a French equivalent to the English phrase ‘in your birthday suit’. Clever! 🙂

Doria, more properly attired for a French November day, outside the village of Poil.

Before you anxiously click the youtube link, there’s not much to see, due to the programme going out live on prime time French television, and thus was filmed from a considerable height and distance, but at least Doria had the bravery to carry through on her bet. 🙂

Those of us at SLN salute her.

I’m originally from the west of London, but I’m going to make absolutely no promises that, if Fulham (I grew up close to their ground) beat Swansea this forthcoming weekend in the English Premier (soccer) League, I’ll dance naked around one of SL’s safe hubs! 🙂