Word reaches us that Gypsy Taub, nudist activist in San Francisco, got married yesterday. We wish her, one of our heroines of naturism, and her new husband, Jaymz Smith, well, particularly as they’ve already been charged with holding a nude wedding!

We’ve previously written about Gypsy in SLN, and admire her determination to uphold certain liberties for the citizens of San Francisco.

She’s a beautiful woman, both physically and in her approach to life, the right to be naked, and just her general outlook, and we’re all agreed that she is one of our heroes in the world of body freedom.

Gypsy can be found on twitter, on Facebook, and has her own channel on internet TV, My Naked Truth. 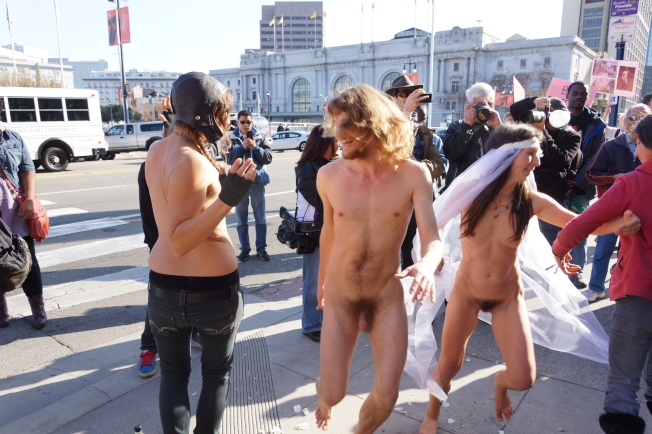 Some background information on Gypsy, born Oxana Chorenky in Moscow, 1969, can be found in this article.

2 thoughts on “Gypsy Taub gets married.”