I dropped into Shameless Beach last Saturday, during a whistle stop tour of as many SL naturist sims as I have in landmarks, as elsewhere in this issue you’ll find a roundup of current SL naturist locations. And I happened on Kel, still in her ‘noob’ skin and clothes and not much more than 10 minutes old, in SL, by the time I chanced on her.

Because it’s Christmas, a time of giving, and because I remember my own first steps in SL all those years ago, when a total stranger gifted me L$250 ‘to get me started’, a gesture I’ve never forgotten, I decided I’d gift Kel my time for a couple of hours, and get her started in the wonderful trip that is SL!

We started at Hush skins, got her to join the group, and fixed up with a lovely looking group gift ‘holiday skin’. And the newb walk? It had to go! In fact, I remember the same words being said to me on one of my first days in SL. It’s probably a fantastic time to join SL, as the numerous hunts and gifts make it possible to sexify (is there such a word?) a new avatar.

And, of course, I pointed Kel in the direction of the Fab Free blog, which covers quite a bit of ‘Under 30 days’ avatar gifts she can check out in her own time. Not to be sniffed at, either, is the SL Daily Wire site, an aggregator of SL blog pages, and links to numerous free, dollarbie and paid items. It’s one I check often. We talked as we sim-hopped, and it turned out Kel’s presence in Shameless wasn’t accidental. A lifelong naturist from a French, naturist family, Kel had just discovered the search facility on her avatar’s dashboard(s) and had done a search for naturist locations in SL. We tried to pick up some hair for Kel at Emo:tions, but the lag was awful, on account of what was their ongoing advent calendar giveaway, so we tp’ed out and headed in the direction of Amacci, where Kel picked up a free hair style, their ‘Adena’ style, free physics, hair bases and a face light, all for L$0. Excellent.

By now, she was also beginning to look less of a newb. After that, it was off to Anne’s Hangout, where we picked up an AO for her at L$0. All beginning to look good now! 🙂 A ‘2014’ cropped tank (L$1) on the marketplace added a bit of style to proceedings, matched up with the inventory ‘girl next door’ jeans, which I still think look terrific, and Kel was now really looking the part.

Of course, one bit of bad luck -Emotions lag- meant that the crowd (and lag) at Truth Hair was less than it usually is, so we picked up some hair Kel liked, and let her try that out. L$245 lighter, and after some tweaking with the shape of her avi, Kel looked great, so we headed back to Shameless for the ‘after’ photo in a ‘before and after’ shoot. 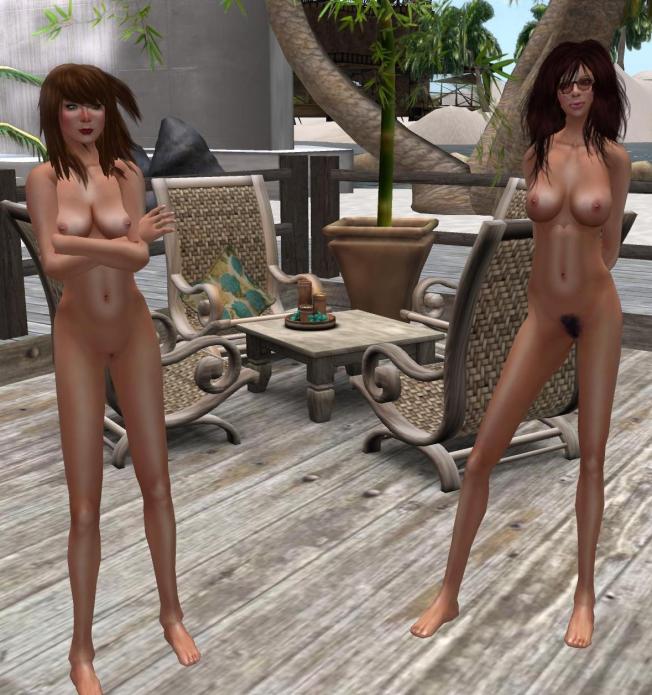 What do you think, Kel?

Kel, happily, was delighted with a look she’d achieved for next to nothing and just a little bit of ‘old hand’ help. I launched a couple of dozen landmarks at her inventory box and bid her farewell, for the time being, knowing that wherever she goes in SL, she’s going to look terrific.

At this time each year I think about ‘changes’, both in RL & SL. Should I go for a radical new RL hairstyle? Should we knock down that old outhouse, full of character, but impossible to heat, and build a new fit for purpose study den? (We’ve been contemplating this change to our real life for about four years now, incidentally).

And I also think about changes to the blog.

The lay out is fine…and you can see a range of recent posts immediately you click your link to us. But should we alter the layout a little? I’d like your thoughts, as I often get irritated when others change their layouts and suddenly it all seems unfamiliar. So I’ll await your thinking on that before I dive in and alter the look and feel of the mag’s layout.

I will, however, be altering the pages as they currently exist. Some things work, some things don’t. So the likelihood is that I’ll be weeding out some things that don’t really have any relevance, streamlining, maybe re-titling pages and so on. Not immediately, these changes are likely to occur towards the end of January, when I have a block of time when I can get stuck into some ‘housekeeping’. But, again, let me know your ideas. We’re always open to your ideas, as it’s your magazine, remember. I don’t get inworld every day, or even every week. Often I can find myself spending the free time I do have working on the blog, as opposed to flitting around SL, but I do get on for a while every couple of weeks, minimum. And then, sometimes, I am inworld every day, even if only for a short time, to check out new locations, events, and so on.

You can leave a message here on the blog, or alternatively IM me. 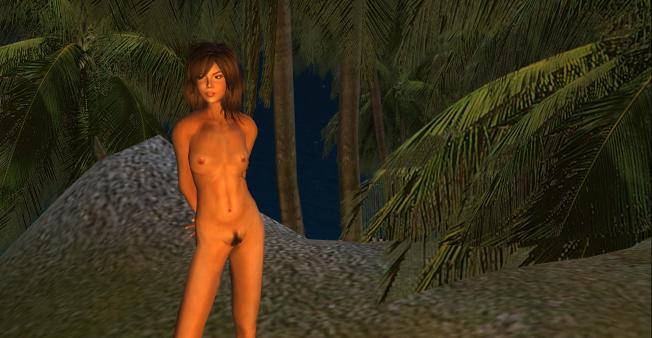 Just to let you know that Areola will be rejoining the staff from the beginning of the New Year.

It’s not a strictly accurate name, as it’s also possible to filter out online gaming or social networking sites if parents have concerns about their children using those facilities too. However, it’s typical lazy journalism to focus on just one element of ‘family friendly’ internet blocking.

For me, the naked body is rarely ‘pornographic’. Yes, there are images out there that are unsuitable for ‘family viewing’, even in instances where it’s ‘only’ a naked body. I’m thinking of the type of shots where the content is more suited to gynaecological course work than anything, or even where a naked male is sporting erections, perhaps (although even here it’s a natural process that might be deemed suitable in context, i.e. arousal and reproduction within sex education). Other than that genuine naturism rarely contains imagery that is pornographic, by my definition. A naked body simply isn’t, in itself, pornographic.

That said, I accept that my definition of ‘pornography’ isn’t the same as the next person’s. Some people might find a naked body pornographic. I’m not about to challenge their views on this. Neither do I wish others to challenge mine and, more importantly, assume their views mirror mine. I don’t generally feel a need to visit even genuine naturist photo sites; my preference for a naturist experience is that it should be first, rather than second-hand. However in editing this site, I often do witness some naturist sites, particularly in the context of us attempting to mirror ‘nudes in the news’, and reflect RL naturist activity with the SL one.

As one UK commentator put it, in respect of pornographic images, ‘in every picture there is a victim’.

Yes, and that’s no different for the image of a dead Iraqi soldier.

Pornography is defined as ‘the explicit portrayal of sexual subject matter for the purpose of sexual arousal‘ so my declaration that war imagery is ‘pornographic’ isn’t strictly accurate. But I know that if it comes down to a choice between naked people wandering around a naturist campsite, or the dead and dying from a war zone or the wake of a natural disaster, I know which I’d prefer my children weren’t witness to.

Consider, in the context of the italicised definition, the image below.

Should it be blocked by these filters?

Will there be a clamour for certain words to be filtered out of the life experience on the values of some anonymous figure? Actually, this has already begun, with some websites, such as Amazon, filtering out ‘pornographic’ content. (Note…wouldn’t they be better off filtering out excrutiatingly bad literature, be it the ‘pornographic’ 50 Shades of Grey or the highly regarded but excutiatingly dull works of Maya Angelou? See how difficult it is? You may love Maya Angelou’s work. I don’t rate the books, or the tedious, numerous autobiographies, at all. But does that give me the right to censor your experience of them? No. Does that give anyone the right to censor your freedom to read or view text or images that you don’t regard as pornographic? No….up to a point).

Granted, none of this is what the ‘true’ intent of porn filters’ purpose, which appears to be, or is spun in a way to appear to be, related to the odious, unforgivable crime of child pornography. In that respect, I have no sympathy with users and abusers, and proponents, producers and consumers of it are equally as bad, should equally be exposed to the full effect of the law and punished with severity. The minimum tariff, in my opnion, is that those indulging in this sort of imagery, either as manufacturer or consumer, should be a life imprisonment term. All of us have the utmost responsibility to protect our children (by which I mean ‘the children of the globe’) from being the victims of this sort of heinous crime.

While I welcome each and every development in eradicating this type of material, I simultaneously fear for the future of the internet with some I wouldn’t trust with the petty cash box from a church choir -you will have your own list of dubious, slimy politicians you can insert here-  holding the keys to ‘the freedoms of the internet’.