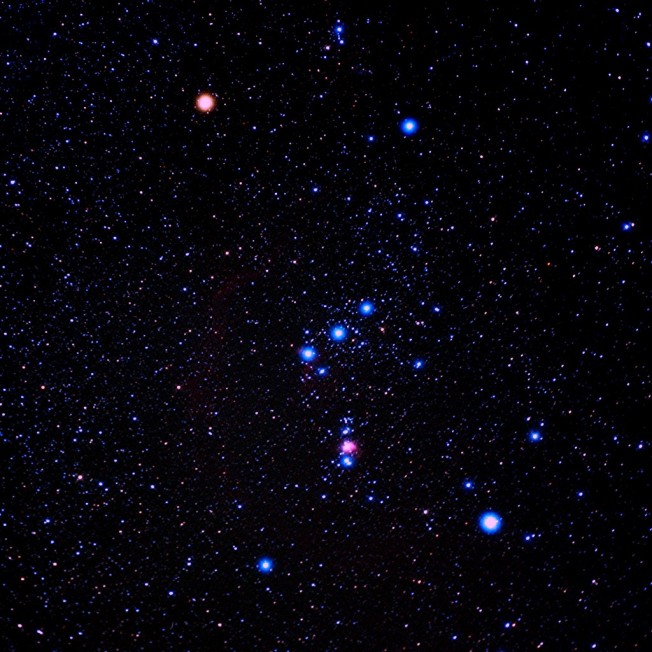 I’ve always had an interest in star gazing. One constellation that dominates the night sky in the winter months, and is in full view tonight, this clear, crisp, breezy winter’s night, is Orion.

It will disappear, below the horizon, in the coming months.

When we fly down to Spain in the summer, we’ll have relocated to the extent that it will become visible once more. I’m an early riser, and I often try to get my ‘Postcards from Spain’ series written in the early mornings, before the sun has risen. Indeed, wrapped only in a pareo, in the chill of pre-dawn, I’ve often wandered to the Mediterranean’s edge to await sunrise. Often, I’m not alone, the beach peppered with night fishermen, and holidaymakers who’ve also risen early to capture the first rays of the new rising sun.

As I step out onto our balcony sometime around 600am, Orion is there, visible in the southern part of the sky, and I know when it’s there, dawn’s not far away.

I’ve just been outside, and Orion’s visible. I shivered in the cold. What’s exciting is that, in six months time, I will give another little shiver while gazing up at Orion, standing naked on the balcony, cup of tea in hand, awaiting the arrival of the sun and another hot and glorious day in naturism.

nb: today, Christmas Day, a couple of my friends have texted to enquire on my holiday dates for next year. So it looks like a crowd of us may well be gathering up next September for a ‘reunion’ of sorts in Spain 🙂