I’m not sure how global ‘Movember‘ is, but here in the UK it’s a month when guys grow a moustache, and seek sponsors for it, with the money raised going to charity, most specifically to prostate cancer charities, a cancer that affects men.

A bit of fun, and a good cause.

Anyway, some bright spark had the idea that there should be a female hair-growing equivalent, Fanuary.

Here, the idea is that women grow out their pubic hair. (Note, North American friends, that a woman’s ‘fanny’, on your continent, refers to her bum, while in the UK the word exclusively refers to a woman’s genitals).

Now, ‘Fanuary’ is intended to raise awareness and cash for gynaecological diseases and ovarian cancer, but it seem rather more ad hoc and random than a better organised male ‘Movember’.

Quite clearly there’s obvious reasons for this. While a male can grow a moustache and declare he’s raising cash for cancer, is it honestly likely that a female would declare herself to have stopped shaving/waxing/trimming in an intimate spot, even for charity? I don’t think so.

Nevertheless, ‘Fanuary’ has a Facebook and a  Facebook, (nb two separate FB) presences, twitter and tumblr presence, so go explore if you wish! The ad hoc nature of it is that several of these social media outlets haven’t been updated recently, demonstrating there’s no real central focus on it. I’m guessing ‘Fanuary’ may die a death in subsequent years, if it hasn’t done so already.

Despite the fact that it hasn’t taken off, it’s still a bit of fun and an equally good cause. If a few ladies can raise £10, £20, or whatever, it’s still done with good intent, and thus worthwhile.

Here at SLN we’re largely advocates -in the main, I think I’m maybe the exception- of a natural look down there. So we’re hardly best placed to think about commencing and growing for ‘Fanuary’. (Even I am in my ‘winter plumage’ right now! 🙂 )

However, if you like the idea, let me point you at Nearly Tactile, a shop where I think all of us at SLN have purchased lady (and guy!) fur. 🙂 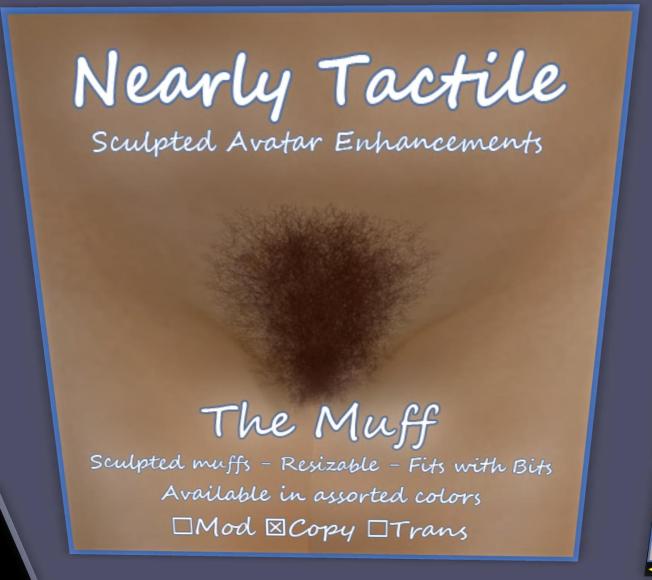 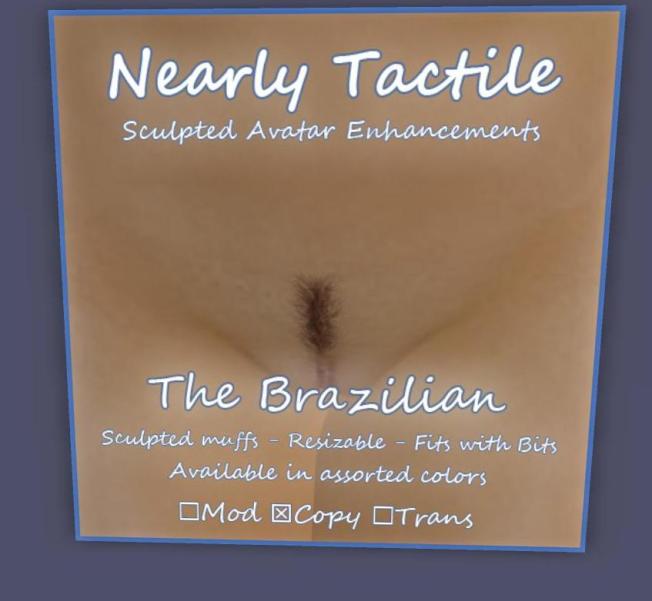 The ‘Brazilian’, for ladies who like some sense of trim 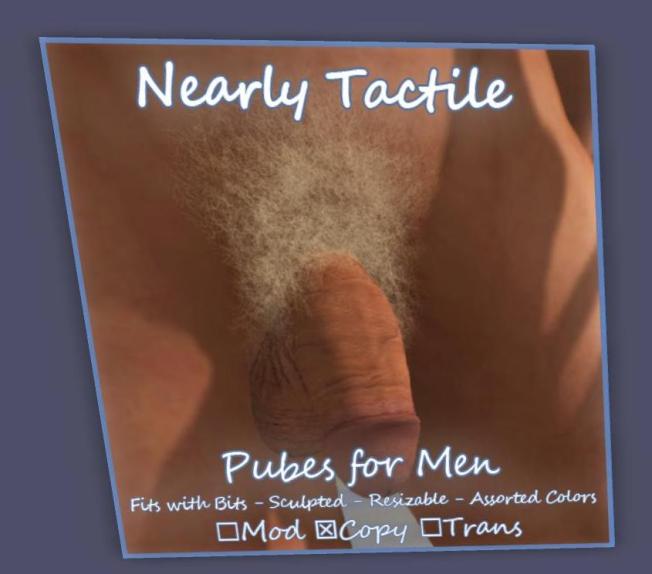 And the ‘Man Muff’, the male version.

Competitively priced at $L250, they look great. And for males, who may not be able to exactly replicate their skin colour with their penis colour, they certainly hide that awkward join, and give an avi a better look. (That said, some guys can do the match, while being digitally ‘shaved’, terrifically well).

If you’re going to participate in ‘Fanuary’, or just want a more natural outlook on SL, this is maybe one shop you want to visit, and almost certainly the best pubic hair in SL.