Thanks to the generosity of Gray Muircastle (at Su Casa) and Brenda Hoisin (at Eden) we’ve got an inworld presence, located at two lighthouses in SL.

This got me to thinking that the lighthouse theme should become a meme, and as a result I have Harry and Diana scurrying around SL looking for lighthouses at the moment. I’m hoping we can keep this going as a theme/meme for some time.

I’m delighted to say that Diana has come back with a couple of lighthouse shots featuring Heather. No other reason for popping them up other than they’re cute. 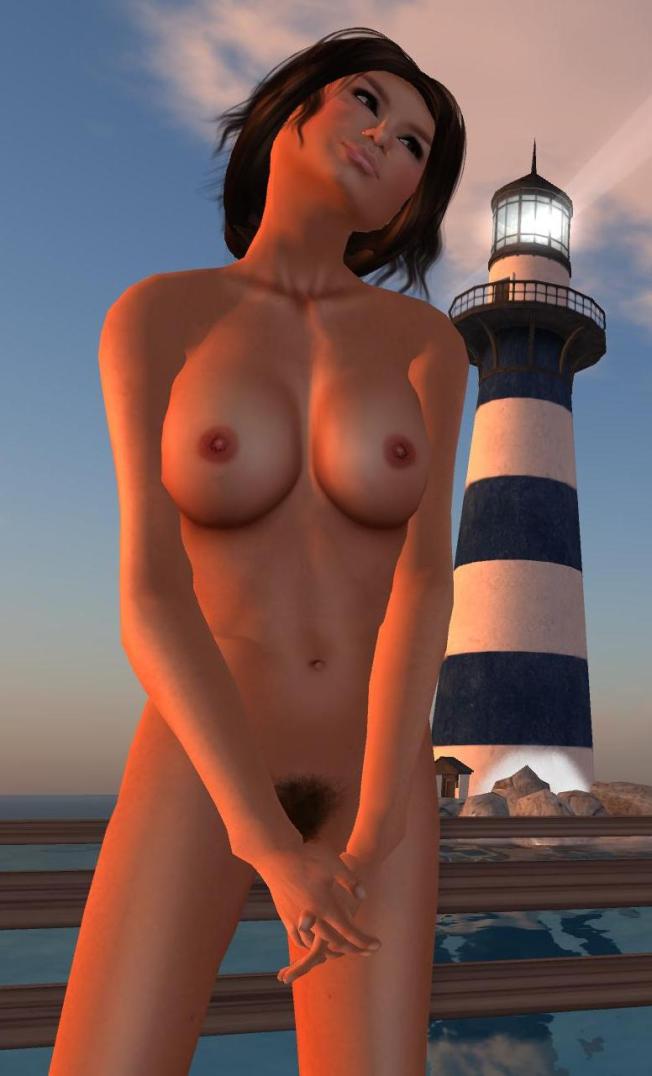 But as today’s item for the Naturist Vacation suitcase is a skin, the current group gift at Al Vulo (L$0) I decided, big gulp and deep breath, to take my top off in order to show a bit more than intended, and show this loovely, innocent looking skin off to its full potential.

There’s a slight difference between the photos, as I’m wearing (undershirt layer) something called a ‘minimiser’ that comes with the skin, and the intention, I think, is to alter the shading slightly to make boobs look smaller. Initially I’d have kept my bikini top firmly on, but as this layer has a specific function, I’ve bitten the bullet and opted to reveal, if not all, then a good 50% of all! *blush*

Just adding one photo to what is something of an SL ‘meme’, with several blogs contributing to the idea.

This is Roberta, captured mid-dive, in a topless scenario.

I live rurally. Not ‘out in the wilds’ or anything, but I’m not cheek by jowl with neighbours either. And we picked the house, its relative isolation and so on because it can and does afford us the opportunity for some back garden naturism. And if truth be told, front garden naturism if I cared enough, such is the relative solitude and only occasional car going up and down the road outside. So far, so good. 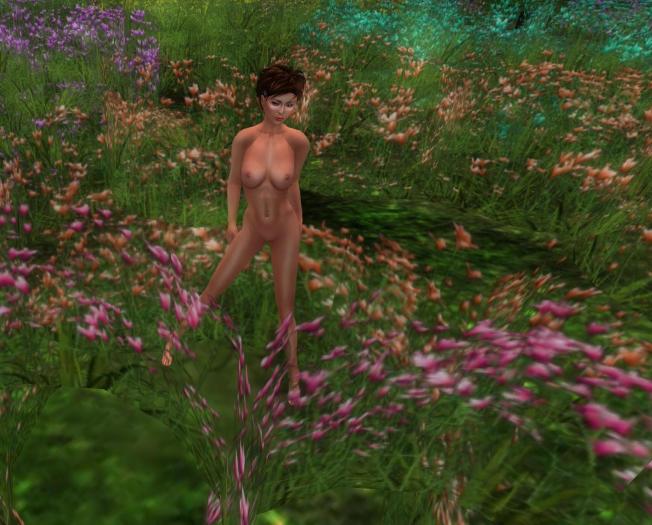 Model Esme enjoys a wild meadow garden, much as Ella does in RL.

On the downside, we’re also isolated technologically speaking. Our internet has been coming down the telephone wires. But a few months ago the road was dug up and our houses were wired for fibre-optic cables. The result? I can now get faster internet access, for half the price. So I’ve signed up for it and hopefully we’ll be hot-wired at the beginning of March. Can’t wait!

And the reason I can’t wait is that SL can sometimes be slow and clunky for me. Things take ages to rezz, and there’s no real pattern to what’s going to be a ‘good’ or ‘bad’ day in relation to being inworld.

Hopefully that all changes soon, and I’m guessing there’s going to be a period in early March where I go inworld crazy. Now, I’ll kind of pick times when I think that the broadband speed will be kinder to my avatar, and avoid times when I think SL’s going to be frustrating. There’s no science to it. As I say, it can be totally random regarding internet speeds. I’m really hoping I can now think of popping into SL any time and fully enjoy the scenery, the builds, the colours. And maybe even adjust settings to have faster graphics delivery. Who knows?

I’ve written about the Alanis Sensual Gallery before, and felt it was time for an update.

One of the things I like about it is that you’ll find plinths dotted around the place where you (or your model) can hop on and depict themselves in ‘classical’ art poses. I’m pleased to say that Djevica was more than willing to pose for me. 🙂

As the art works are copyrighted, I’m not about to reproduce them in my photographs, and I’ll respect the work of the owners of the artworks accordingly. So giving you a flavour and feel of how the gallery looks is quite difficult without infringing on copyright.

But if you’re a SL art lover, it’s certainly a place you’ll want to visit again and again.

The immense size of the gallery can be seen with this overview of the ‘old wing’ of the gallery -in an older architectural style- and ‘the new wing’, created in more modern building materials. I love this! It shows wonderfully clever thought that has gone into the construction of the gallery. 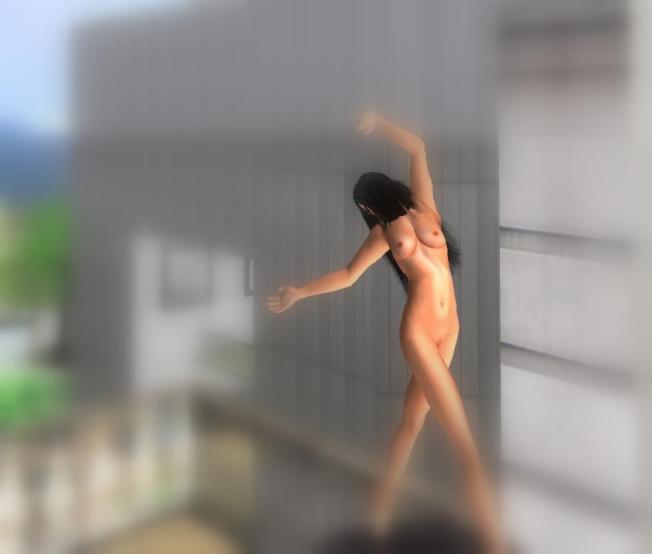 Djevica poses on two further plinths for me, blurred around the edges to protect the copyright of the artists displayed, and to create a sense of size and space in the gallery.

OK…OK…I arrived late (11.15pm UK time). My excuse is that I ended up in a conversation with the RL Mr. Keng about the Goodreads website….we’re both voracious readers…and I lost track of time! So I was late. A woman’s prerogative. 😉

And it was Monday. First workday of the week, so people aren’t, maybe, plugged into SL. But the surgery didn’t attract a crowd. Never mind. Undettered, I shall try again at a future date. How does Friday sound? I think I should try again, and basically amke myself available for the entire evening, suitable to both UK and US time zones.

I noted that I’d missed an ‘Abba’ gig at Eden’s floating stage, but that The Monkees were appearing (I must source a wooly hat!) this Saturday (22nd) at 1pm, SLT. That’s the very early  hours of Sunday, my time. Never mind. I’m setting an alarm! I’m getting up early. I’m logging in! Because I’m anxious to get some feedback from you, the readers, but because I’m also a big Mike Nesmith fan, by osmosis, Mr Keng has exposed me to his First national Band albums (don’t ask me how I ended up married to a guy just so retro! 🙂 ). Oddly enough, Nesmith recently collaborated with Iain Matthews, formerly of Matthews Southern Comfort, who the RL Mr. Keng is going to see in Kinross in April, And tonight, the RL Mr. Keng downloaded Iain Matthews latest album, The Art of Obscurity. This is why my other half doesn’t do SL regularly….too busy going to gigs! 🙂

I logged out at midnight, and had just seen a couple float by on their yacht. Never mind, I shall try again with another surgery. Hopefully I can get my photo taken with a wooly hatted Mike Nesmith at the weekend! 🙂