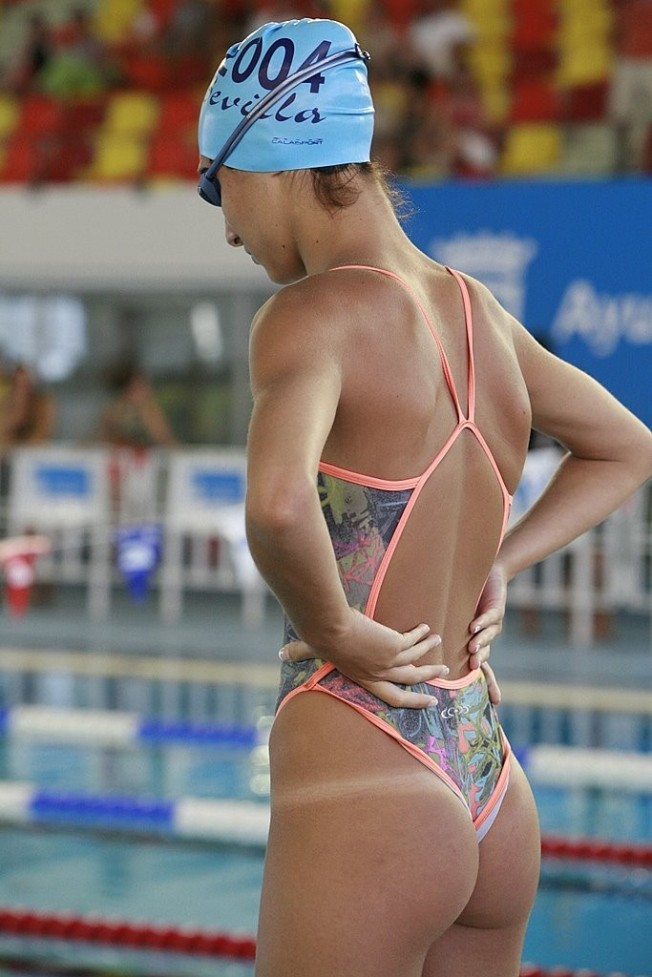 I’ve no idea who this competitor at some sort of swimming championships in Sevilla, 2004 may be, but an analysis of the photograph pretty much spells out a casual approach to beach (semi) nudity in large parts of Europe. No upper body tanlines, and a clear tanline on her lower half. It suggests that at least some of her outdoors life in summer is pretty much spent topless, wearing only a bikini thong.