If you ever check out vintage naturist photos, you’ll maybe be taken by the ‘shaved’ ladies featuring in them. Look closer! They aren’t actually shaved, thus pre-dating genital grooming by 50 years, they’ve been airbrushed!

Pubic hair was deemed…obscene? (not unlike 2014 in some quarters!)…and thus it was airbrushed from the photos. If not, the models were posed in such a manner that the genital area wasn’t on display, for males and females alike.

And thus we have a naturist trope of the semi-ubiquitous beach ball, or some other ‘prop’ used to hide the genital area.

I thought it was time for an ‘update’ on this photographic style, and thus I asked Diane to do some vintage-styled photos in which the model’s nether regions were hidden.

Better than that, while the sepia tinting gives one sense of retro photography, the original colour versions also have a sense of vibrant colour -usually red- that dominates in vintage naturist photos. What is it about red? Is it that it sets off skin tone best in the thinking of the times?

A beach ball typically appears in many vintage naturist photographs. 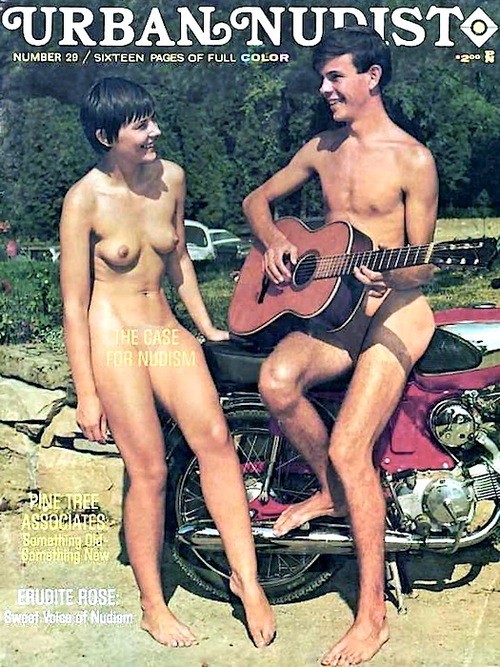 An obvious example of airbrushing