Excellent article here from Asian-American Naturist about why photos are important to naturism.

The above sentence stood out for me, in a SL context. It remains a sad fact that some SL locations advertising themselves as ‘naturist’ are nothing other than sleazy cyber locations, nothing to do with naturism. And that angers me, as it reinforces, through a virtual world, that naturism = sex. And this is the sense that some will take away from SL, that a ‘nudist beach’ is going to be populated with mega-boobed female avatars with no morality, easy sex-pickings. And the attitude formed here, in SL, is the one they’ll take away into RL.

We shall endeavour to keep promoting the proper, healthy, wholesome aspects of naturism, in and out of SL. Cyber locations won’t be part of the deal.

No more posts tonight, and none tomorrow, but I am rather excited that we’ve got a ‘Topless Tuesday’ post lined up for…ah…Tuesday! I’ve been hoping to get one done for some time now, and thus we’ve had our photographers out and about capturing some of our models (and strangers!) for a bit of a photo-essay. After that, I’ll be in world a lot towards the end of the week again, and I do plan to hold an elongated ‘surgery’ somewhere on Friday. Essentially I plan to be more or less in world all day. I won’t necessarily be stuck to one location, though. The plan is to spend periods of time and get around all of our favourite naturist sims, plus possibly drop in on one or two that aren’t ‘properly’ (by my definition) ‘naturist’ and maybe ask people what it is attracts them to those sims. We’ll see how it goes. As with all things SL, it’s subject to change.

In the meantime, I’ve twisted Harry’s arm until he released on of his Topless Tuesday photos to illustrate this post. As you can see, the photos become increasingly artistic in nature, almost with a painterly quality. See you all back here on Tuesday! 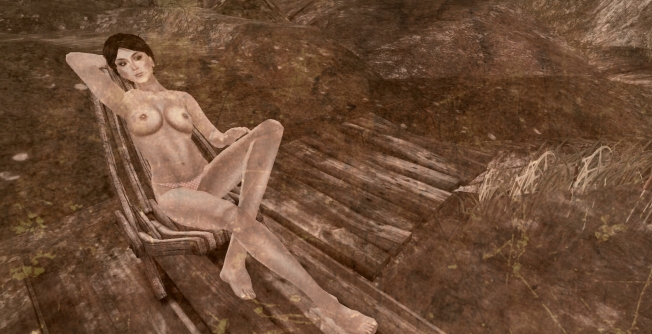 For those of you who like mesh boobs, phat-azz and…beyond!…there’s currently a fair on which is dedicated to the boobular and the buttular.

While they’ve not, historically, been our thing here at SLN, they’re exceptionally popular add ons for a lot of ladies, and money raised from the event goes to Breast Cancer charities, which is very much our thing!

So..hop along if you wish, and see what’s on offer.

I’ve picked this story up from the internet, wherein Chinese naturists at Hainan (the country’s only naturist beach) have been ordered to cover up because it was in contravention to Communist ideals. As the author, correctly, picks up, it’s not something that Karl Marx would have mentioned in The Communist Manifesto. And, as the author also correctly identifies, this will have much less to do with Communism as it will  with Confucianism which historically didn’t, apparently (I don’t know enough to make any sort of informed judgement) celebrate the human body int he way that, say, the Ancient Greeks did. 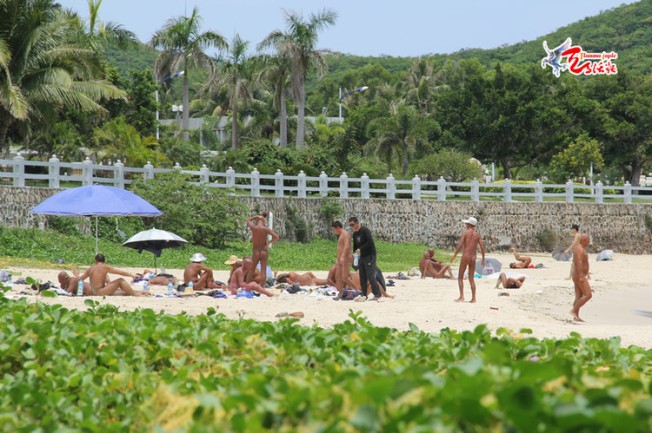 As with yesterday’s story about Boko Haram, this is another of those where ‘the authorities’, a fun-less minority who dare to impose their will on a less zealous population, and twist the words of whatever may be said in tomes about the particular belief system they hold (a very screwed up vision of Islam, from the leaders of Boko Haram, a very screwed up vision of Communism from the Chinese authorities). But then, it doesn’t have so much to do with sacred or political belief systems anyway. No, instead I think that something like naturism in China, or education in Nigeria, challenges a desire to see a lack of personal freedoms. Education will free you, free your soul. Naturism will free you, free your soul and body.

And for those who want to keep an iron grip on a population, freedom, of deed or thought, is a very dangerous thing indeed.

SLN has an almost global reach. The only locations where our -let’s be honest here- almost irrelevant existence can’t be consumed for entertainment purposes are those locations where zealots, in either the arenas of the secular or political, exercise power over their populations. China, parts of the Middle East and Central/Western Africa remain closed to us (with the likelihood being that it’s internet coverage in Africa that prevents us, or anyone else, from beaming ideas into those countries). We’ve had a couple of hundred views from Iraq, for goodness sake!

It rather seems -and I’m certainly not setting SLN up as the yardstick by which this should be measured, more of SLN’s capacity to reach an audience reflecting internet availability in a general sense- it seems ideas, information and communication are simply too dangerous for Iran and China to fathom. In a small sense, naturism frees us. We are quite regimented in life, even in ‘the west’, and it’s somehow liberating to cast off our cares with our clothes and -as long as we’re sensible in the sun- benefit from exposure to it. We feel better, probably exercise more, eat better, release endorphins and come come relaxed and refreshed. Just imagine if a population were to begin casting off its clothes and, with it, the shackles of communism?