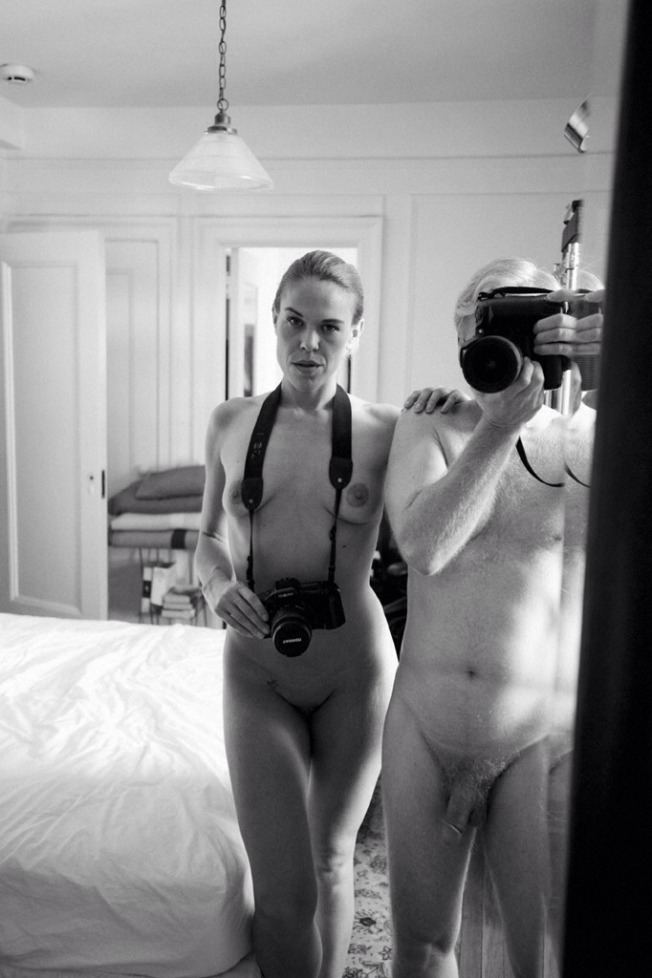 …which is a self-portrait of George Smiley and April Hutchinson from George’s tumblr presence. See? Not all tumblr sites are the same, despite my comments here.

As others appear to have reblogged George’s work without there being any apparent copyright infringement, I hope we’re OK with it…but if George or anyone representing him wishes to have the post taken down I will, of course, comply immediately and offer my sincere apologies for infringement of copyright.

What attracts me to the photo is that both are armed with cameras and I thought…..Harry?…Diane?…..would you like to replicate this in an SL setting? 🙂

No sooner had I posted some of the Naturist Etiquette series which is ongoing than my friend Ophidia IM’ed me, to take me to task regarding what she saw as a major omission. The larger sized naturist (whether in SL or RL). And she’s right. I’d not mentioned it mainly because the ‘plus sized’ avatar is almost invisible in SL. Yeah, we’ve been lulled into a sense of the (virtual) world being for a certain body type, the eternally young and beautiful. Just as the media fixates on the beautiful people of the world (beauty being in the eye of the beholder…I would have no aspirations to look like some of the things offered up as role models).

So I asked Ophidia if she’d give a perspective on being ‘plus sized’ in Second Life (and real life ™ ).

Unfortunately I’ve not been able to do this in the same ‘cartoon’ format as the rest of the series due to time restrictions right now (yeah, I’ve been working on the remainder of the series for a number of weeks) but hopefully Ophidia’s words (and photos) will help to offer some balance to my glaring omission. 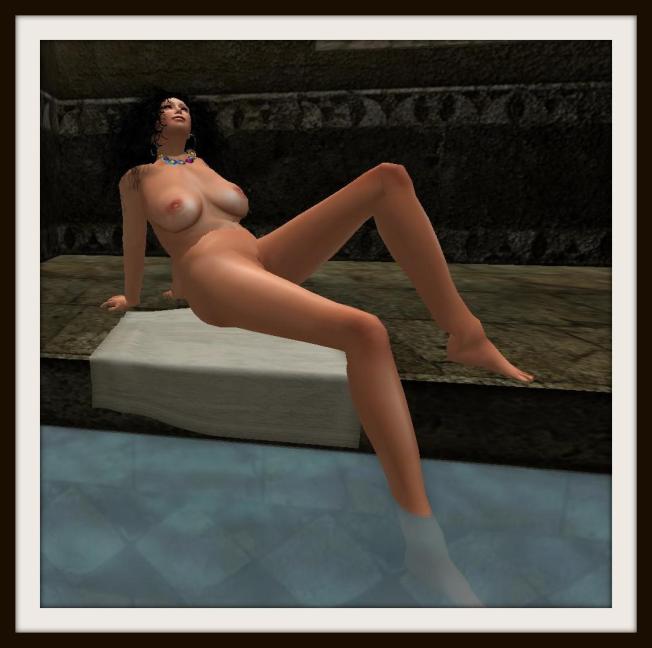 Actually, I’m not fat. There’s barely an ounce of blubber on me but I am, without doubt, not a size 6 dress size in or out of Second Life. In fact, in Second Life I’m so ‘plus sized’ that XL mesh doesn’t fit! (Designers…can we have XXL in mesh, please?) Of course…in Second Life I could slim down in the stroke of an appearance slider, but why should I? My avatar reflects the real life me, bigger than thin, and -yes, it’s true, the stereotypes do fit to a large extent- with an accompanying big, fun, friendly personality. Yes, in real life I’m the life and soul of any party (maybe I’d have been like this as a Size 6 anyway, who knows?)  and, because it’s me at the keyboard, guiding my SL me, I’m like that in SL too.

I’m a naturist in real life too.

Do you know, it’s basically only in a real life naturist environment where I find people judge me for me, not on body shape or size. People accept me for who I am, not how well or poorly I’m performing on the media’s body-shame units of measurement. In a clothed environment I could probably hear snide or cruel comments if I chose to listen. ‘Oh poor her! They’ll never have that in her size’. In naturism, the real life variety, I’ll usually hear comments like ‘Here comes x (You didn’t think I was called Ophidia in real life, did you?)! Let the fun begin!’ or similar.

I think the message has to be that naturism will never judge on body size. Contrary to media myth, we weren’t all intended to be the same size. In naturism you will be judged, certainly, but on the basis that you’re interesting, intelligent, a great conversationalist, a fun person…all the things that should define us but never do because of perceptions. ‘Clothes maketh the man. Naked people have little or no influence on society’, wrote Mark Twain. How wrong he was, although I’ll forgive him for working/writing (largely) in an era that pre-dates the social naturist movement. In naturism, I am freed to be myself. I am freed to be judged on what there is beyond the pre-conceptions clothes create.

None of us are perfect. Not even super-models, as Elle McPherson once acknowledged, confessing to be self-critical of her own appearance. My message to you, if you do have body issues or concerns, particularly in terms of seeing yourself as ‘bigger boned’ or ‘plus sized’ or ‘fat’ is to embrace naturism. It’s only there that you will be judged on who you are, not how you look. But if you’re a boring b******, personality wise, there’s not much I can do to advise you, I’m afraid’.

Words in italics by Ophidia.

(Hopefully, tomorrow, we’ll return to our ‘Naturist Etiquette’ series, and find out how our naturist newbies get on).

I don’t, as a rule, visit naturist web sites unless for research or educational purposes. The purpose might be to see what a camping pitch costs per night, for example. But there are occasions when I either click-through to find a site that’s objectionable and not very ‘genuinely naturist’ in intent, or Harry will send me a photo, a graphic, or something else that he thinks might suit our purposes.

I was slightly shocked and appalled, therefore, to click through to a tumblr website recently which the owner had named in such a way that it appeared ‘genuinely naturist’, but there was a banner along the top which said he wouldn’t be showing any photographs in which ‘dicks’ were shown. (It’s safe to say the owner is certainly male).

A penis and testicles (or, strictly speaking, the owners of such items) form a good 50% of naturism. Possibly more than 50%, given that it’s harder to attract women to the naturist lifestyle.

According to some tumblr site owners, this is the sort of real life scene you aren’t going to witness on their sites.

So if you’re going to run a naturist website that is properly, genuinely naturist, then it’s only fair that presenting a balanced view of the lifestyle will and should include ‘dicks’. Alternatively, don’t present it as ‘genuinely naturist’, with a naturist themed name, and preferably name it as ‘naked women who may be on a beach’. Because that’s what is being offered.

Better to heavily crop a photo to keep ‘dicks’ out of the photo, because that really offers a true reflection on the naturist lifestyle….yes?

Whether you’re running an SL ‘nudist’ sim, or running a ‘nudist’ tumblr site, you fellas need to get your act together.