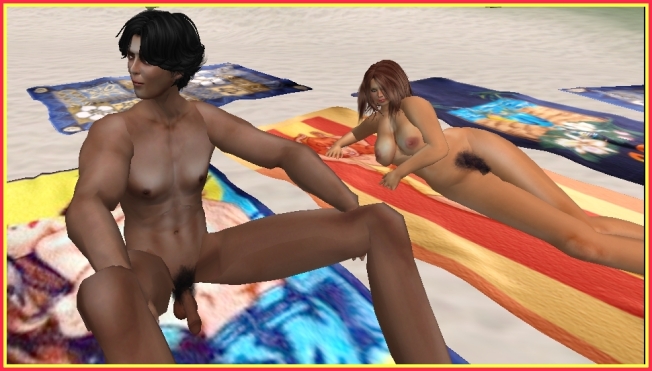 We want ice cream! So much so that I was despatched to the local Heladeria, ice cream shop, to pick it up. Why me? I’m the one whose name the car is hired in. I could walk it there in ten minutes, and even better than that walk a good 75% of the way nude, only pausing to throw on a sun dress at the edge of the naturist zone. But in this heat ice cream would be melted in the ten minutes before I got back here, so I drove.

And while I was away Kurt called in to say ‘goodbye’ (he’s off elsewhere for the weekend, and wanted to know when Mr Keng and I would be back. September, we’ll both be back in town). 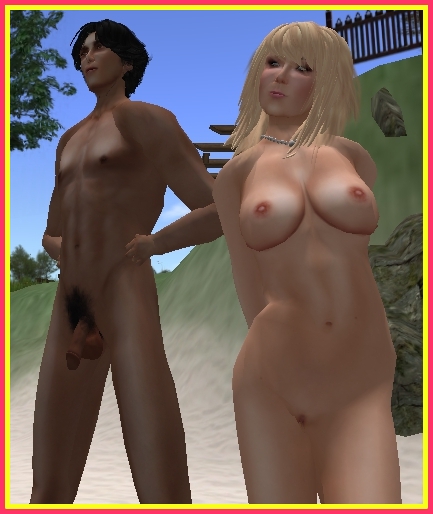 ‘Oh…what a pity’, said Bebe, ‘I was hoping you’d pose for a photo with me before we left’.

‘I..er..well…dressed!’, Bebe stammered, according to Nanni.

‘Nonsense’, said Kurt. He’s a naturist of many years standing, and has no hang-ups about being photographed nude.  (‘If Facebook allowed it’, he says, ‘I’d make a nude photo of me my profile photograph’).

So…even though it was taken on her camera, and she has full control of its use, Bebe rather embarrassedly posed with Kurt for a photo in which they’re both fully nude. And while they were at it, Nanni and Kurt got a photograph of them together, nude, too. Not something either lady may be sharing around much. Nanni’s photo shows her smiling, confident and nude, Bebe’s is somewhat more….shy!

Either way, they both now have a new Facebook friend, and are totally relaxed about being in nude, mixed company with this ‘stranger’.

So what’s left to tick off this naturist holiday bucket list? Ah, yes. Go to the beach, in daylight, and swim. Nude. In public. In front of a beach full of strangers.

So, ladies? You both up for a challenge?

We’re going to the beach tonight, around 8pm. Sun’s going down so you shouldn’t get too burnt. You can wear flip flops. You can carry a towel in your hand to dry off after your dip. No sarongs! And we walk back the same way…totally nude.

Both have agreed. And if we do that, I think we can say they’ve really got to the point where they can say they’re naturist.

I’ll be back later tonight, or tomorrow morning, to let you know how they got on.