OK…this is kind of a ‘naturist accessory’ posting, because I noticed when Ella & I were out in Spain a couple of weeks back that the police patrol the beaches on these…quad bikes! How cool a patrol is that? 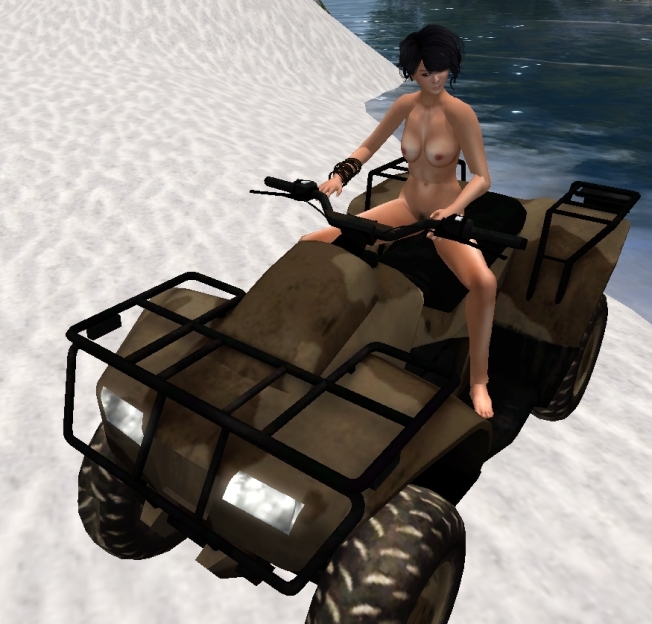 Of course, their quads were painted in the colours of the police, a midnight blue, rather than camo, but you get the idea. You can get your own quad bike for doing nude beach patrols over at the Turlaccor Bike Shop, as well as a number of other free gifts, such as a set of ‘sexy wash’ dances (which the photo below doesn’t do justice to but the constant movement in them has Harry very excited for future photographic excursions).

You can pick up a set of bike related clothing, leather jackets etc, as part of the free gifts, and don’t forget their Midnight Mania!!!! It has an absolutely wonderful bike that is delivered if the target is reached (it was locked down yesterday and is maybe a third of the way to achieving lock down today a couple of hours after SL time midnight…so hurry! Or landmark it and get there early tomorrow.

I’ve signed up for a bike, in the hope that I could add a bit of naked motorcycling (there will be photos!) to my list of SL experiences.