I’ve received an IM from Howie, SLN’s publisher, this morning, wherein he describes a chance encounter with Brenda, Eden’s owner, which resulted in a bit of terraforming at his villa on the Eden Naturist Estate.

One levelled out walkway later, Howie says that it set his mind thinking as to how best utilise the area, and he hit on the idea of a BBQ area.

A dig through inventory and a L$1 total spend on the Marketplace later (we’ll come back to that spend in a moment), the area was complete, Diane happened to be online, and so a little photo session took place. 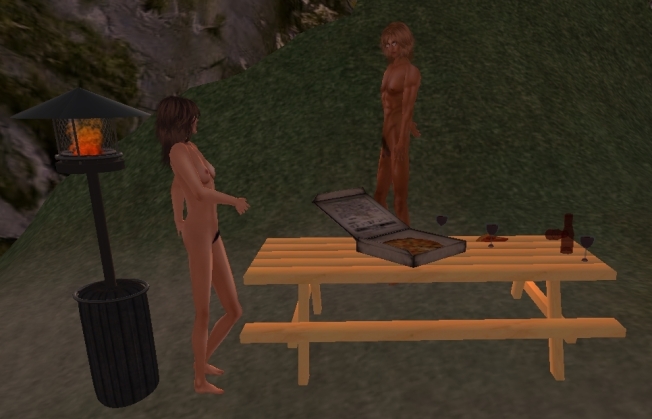 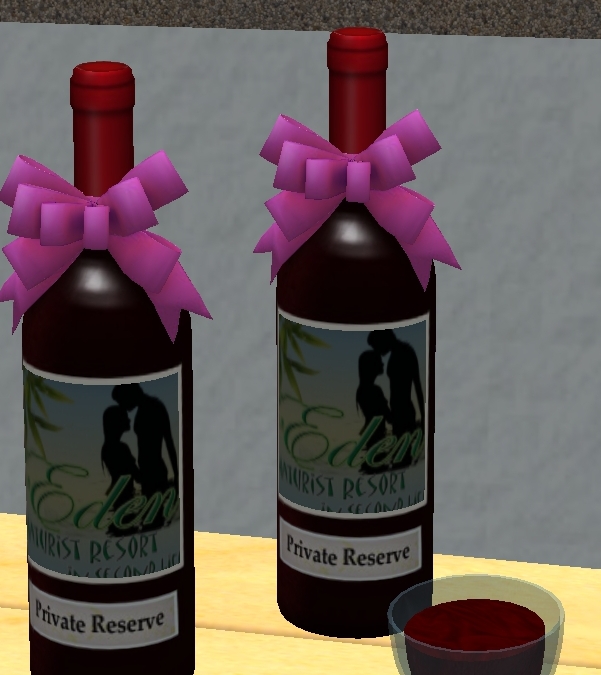 The L$1 spend was on a bottle of wine (ooh! vintage!) to which you could add your own label. Diane despatched, she came back with a label I think all Eden residents would love to have in their well-stocked cellars, were it not for the fact that it sadly can’t be copied and shared. 😦

‘Straight from the Eden vineyard’, says Howie, ‘but only to my table, which I’m kind of disappointed at. I’d have shared a crate or two with my neighbours on Eden.’ A self-confessed non-builder, he’s a little uncertain if it’s possible to make it copy & transfer, and I’m afraid I can’t help him on that score. Can anyone help in the production of some Eden wine? (And where exactly is the Eden vineyard, that’s what I’d like to know).

I mean, if we could find it, we could certainly tramp those grapes! 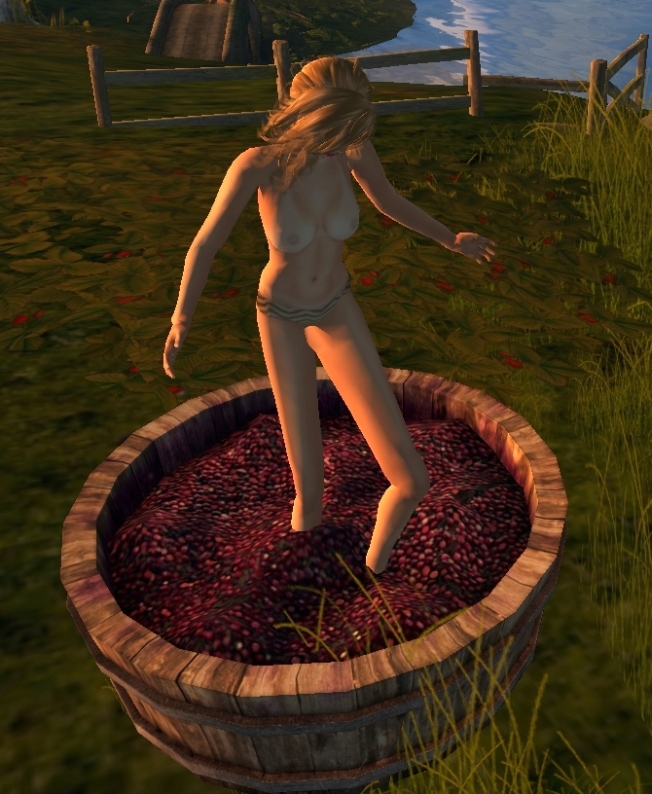 This photograph, by a remarkable coincidence, arrived from Harry for inclusion for a ‘Topless Tuesday’ posting. 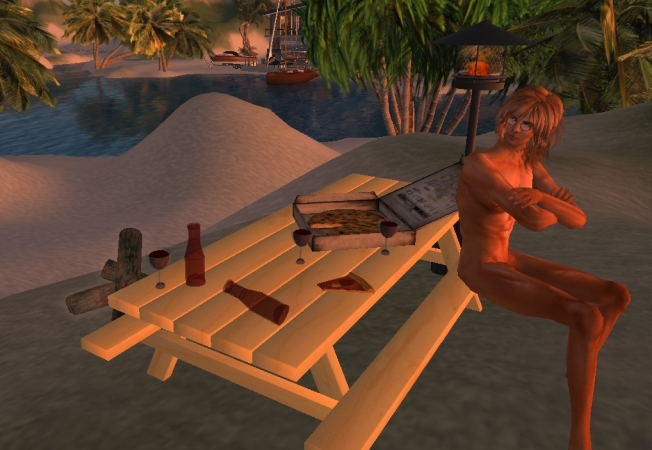 Pizza, beer and wine. If you can run cable up from your beach house with a football channel, it’s certainly for everything for a lad’s night out on a balmy summer evening.

It all goes to show that you don’t have to spend a huge amount in SL to create a scene that might replicate your RL summer naturism. If you’ve got some similar scenes at your SL house, why not share them with SL Naturist? We’d love to see and publish them!

One thought on “BBQ time”