I’ve begun packing for what will be my last trip out to Spain this year. I think I’ve largely exhausted the ‘Postcards from Spain’ series, so I won’t be doing that this time around (although if I see something of particular interest I can blog, of course I will do that, reflecting RL naturism in SLN).

I’ll be interested to see if hair’s resurgence in RL naturism continues, as it seemed to be making a comeback when we were out there in June.

That’s hair in all of its constituent forms. One the head, in the pubic region, under arms.

Whether that was just the nature of the holidaymakers at the time, I’m not sure, but it was certainly more visible, as if a wheel had turned and naturists were once again embracing it after several years of razor tyranny. I’ll certainly be keeping you posted as to its state of play when I get there in a couple of weeks time.

We aren’t talking 1970s jungle here, you understand, there’s still a bit of topiary going on, but it’s not the vast, arid pubic deserts of before.

And it’s not just the ladies who have semi-retired or fully retired the razors. The guys, too, seemed to be re-embracing chest hair and, in noticeable numbers, beards. Hipster beards seem to be this year’s thing, naturist or not, and there were more than a fair share of them on display in naturist circles in June and, once I’d begun noticing them, even up and down our High Street. There certainly were a number of naturists -some I even know by name- sporting trendy facial hair three months ago, and I’m anxious to see if the trend continues, both above and below the navel, given that there’s a different naturist demographic in September as there is in June (September’s when the ‘silver birds’ -middle aged naturists- return to Spain, the oppressive heat, the crowded beaches, the families of holidaymakers, have all departed).

So it’s good to see that Spellbound is offering a ‘monster beard’ that accurately reflects current High Street fashion codes. It’s priced at L$300, and certainly adds a finishing touch to anyone who wishes to sport that ‘hipster’ look, regardless of whether they’re naturist or not. But mark my words, these beards do appear to be part of the naturist fashion code right now! 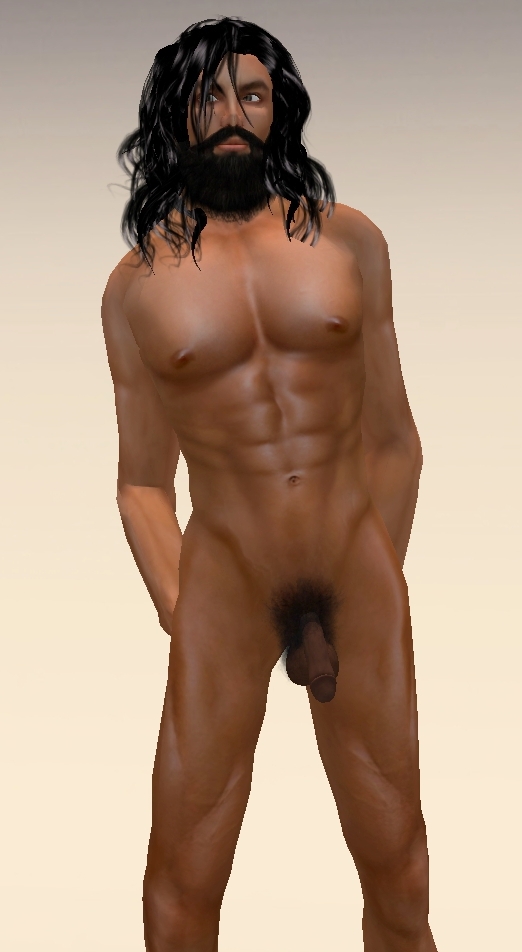