I know the booty has somehow, inconceivably to me, become fashionable, both in real life and Second Life.

Some women will have a pear shaped figure, and there’s nothing wrong with that. You are how you are. But surgery to make your butt bigger? It’s stupid and it’s shallow. Well, it’s not shallow, actually, it’s a book shelf you could set a glass of champagne on 😉 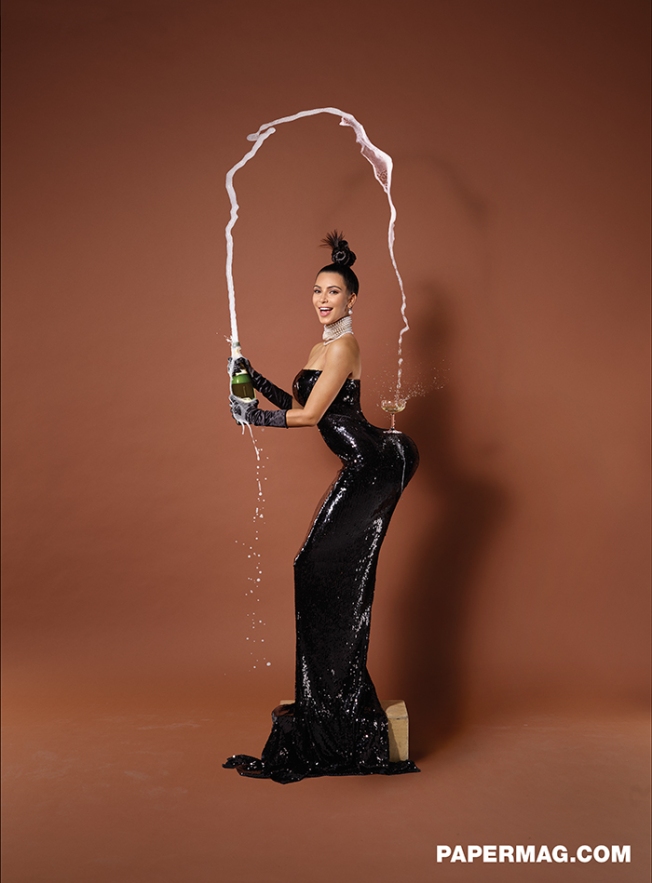 The image is nothing new, being a simple recreation of Jean-Paul Goude‘s 1976 photograph ‘Champagne Incident’ (see below) featuring Carolina Beaumont. 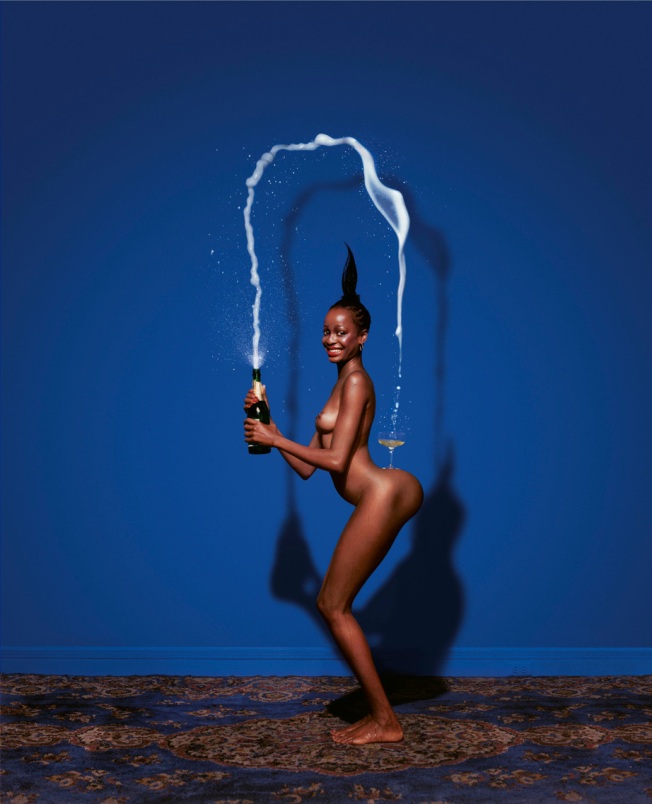 Not SL’s phat azz appliers, but a shape tweaked to make a representation of real life ‘celebrities’ whose only assets are emphasised on the first syllable.

Many SL bloggers seem to have adopted this ‘big booty’ look for their models, and I have to say there’s little that can make a blog post less appealing than a ridiculously shaped model whose function is theoretically an intent to make you buy a particular item. Fortunately, so far at least, the SL naturist community appear to have studiously avoided the wretched look.

The claim, I think, that these photos of Kim Kardashian will ‘break the internet’ is, of course, merely hype. It’s a dreadful set of photos of a dreadfully shallow ‘celebrity’ whose only talent appears to be for self-promotion. The world is a poorer place for giving this woman the oxygen of publicity, although I may be, judging by the extent to which people appear to be getting into a lather about the photo-set, in the minority there.

SL doesn’t have a celebrity culture. If our world did have one, I imagine there would be those who would model themselves on reality TV nonentities.