‘Where the hell is SLN12?’, asks a reader via IM, coming straight to the point.

I’m glad you asked me that. Who am I kidding? I’ve been terrified of someone asking that for weeks!

SLN, ‘the magazine’, has had a couple of set-backs in its history. First, there was ‘the Politics issue’, which had two false starts before being abandoned. SL is largely politics free, and the more we attempted to examine politics, particularly naturist politics, around the globe the further we got away from achieving what we wanted to express.

While much of it is written, done and dusted, all photographs taken, we’ve got bogged down with one particular element of it: India. 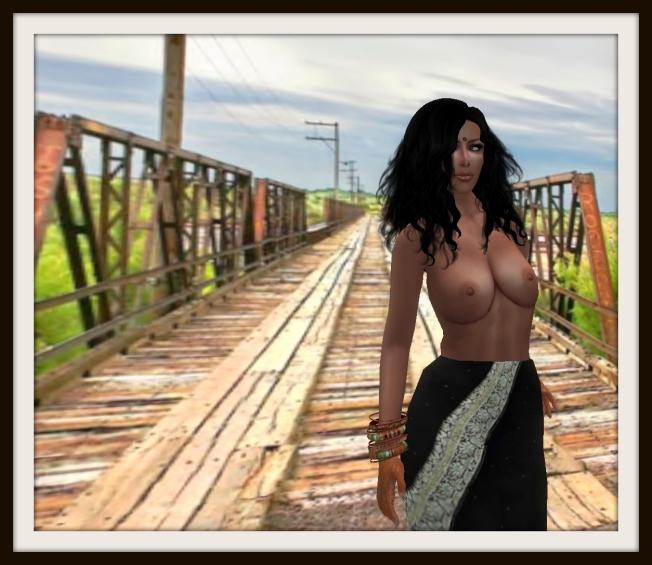 It’s easy to write about certain parts of the world and their attitudes. Others…it’s like catching the wind in the palm of your hand to get anything definitive down. And India is the sticking point, more than any other section of the intended finished SLN12, simply because there is no definitive Indian sexuality. The same may be true of other parts of the world too, but there’s a national/regional/religious stereotype in play that largely holds true and can be presented as a kind of definitive version of that region’s attitudes. For example, in respect of the Islamic world, we can say that public nudity is a definite no-no. It’s easy to write that bit in. We can say that Spain and France have a laissez-faire attitude to topless sunbathing. We can write that bit in, too.

But India…India is causing me all sorts of bother, largely because I’m UK based, and the diaspora who’ve settled here are, in many ways, westernised in attitude and have adopted a western attitude to sexuality and public nudity whereas people in India have a different attitude, there’s further diversification in attitude between urban and rural India, and there’s some cross-fertilisation between arranged marriage between western-raised partners in a marriage and Indian born and raised partners. And getting a handle on that is tough.

We’ve spoken to numerous Indian people, some running ‘Indian’ avatars in SL, some running western looking avatars, to try and make some sense of it all, but it’s proving to be exceptionally difficult. I’ve wrestled with just one paragraph for a couple of hours today, for example.

So I’ll ask you to be patient. Because I’m determined not to abandon another full issue of the mag.

The accompanying photos show avatar Priyanka -a UK born girl of Indian descent and who lives her SL as an Indian avatar- demonstrate the paradox between the two worlds. (All photos taken by Diane Toxx) On one hand there’s the acceptance of the traditional -her sari- and the western, a relaxed attitude to posing her avatar nude for us here, and an acknowledgement that her attitudes to sex and sexuality are very much the result of a UK upbringing. An interview with Priyanka will appear in SLN 12 if and when I get it finished. So I’d ask you to be patient. I’d like to get it right when it eventually hits the blog.