The English naturist village of Spielplatz (German for ‘play place’) is the subject of a documentary on UK TV channel More4 on December 11th, and UK paper The Daily Mirror has written an article on it, the usual dumb hack puns in place. The Metro paper manages to just do with one.

In 2014, is there any valid reason why ‘journalists’ (does their training simply involve copying decades old articles from their paper’s archives?) indulge in this lazy nonsense any more? 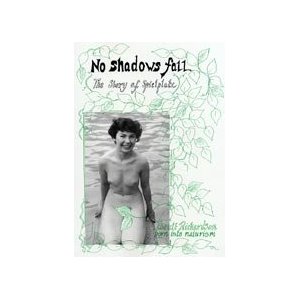 Iseult Richardson, daughter of Spielplatz’s founder, still lives in the grounds and has written a history of the village (originally published in 1994) called ‘No Shadows fall’, and it’s a remarkable tale of the 12 acre estate’s development.

Spielplatz, ‘The Naked Village’ airs on More4 on December 11th at 9pm.

The Mirror also ran a clickbait which asked the question, ‘Would you like to live in a naturist village?’ Rather remarkably, the results were (at time of publishing this post):

One third of Mirror readers like the idea! I didn’t expect the figure to really be quite so high.

While SL has numerous naked sims, none really fill the role of naturist ‘village’. Eden Naturopolis is the closest we’d have in terms of community, but it’s spread out across an archipelago of islands. Lupe’s is beautifully turned out in a manner that evokes naturist village rural living, without dwellings. In the past, there have been locations where a sense of ‘village community’ has been tried, and worked, within SL. From my perspective, it’s maybe a gap in the market that can be filled if anyone has plans to open up any new naturist sims in the near future.

Ella adds: I’ve just spotted that the Daily Mail also have an article on this