Over at Turlaccor bike shop, you can join the group -free- and enter into Midnight Mania to win a free bike. The limit is set at around 200 clicks per item, but the sim is popular enough to ensure that you’ll get something each day.

Santa has also left a bag of goodies in a bag. It’s a bit ‘lucky dip’, but you can go back each hour and try your luck for something new.

So far Santa has presented me with a set of leathers, which I won’t blog on a naturist blog 🙂 as well as a terrific looking bike!

From advertising to exhibitionism to part of, maybe, Hell’s Angels culture, naked women (and men) on bikes are a theme that isn’t going to go away (and please, no jokes about something throbbing between my legs! 🙂 )

Maybe I need to investigate if tales of certain behaviour in real life Motorcycle gangs and meets is replicated in SL.

So it looks very much as if you can obtain your own set of wheels on which to pose naked (or even better, race naked) in Second Life.

In Holland, they celebrate Sinterklaas, (December 5th) a festival based on St.Nicholas, the 4th century Bishop of Myra (part of modern day Turkey). St Nicholas had a reputation for secretly leaving gifts, and thus we have Santa Claus performing the same role today. On the eve of the saint’s day itself, which is December 6th, Sinterklaas delivers presents and sweets to children.

In Holland (Belgium & Luxembourg), St Nicholas is accompanied by his helper Zwarte Piet (Black Pete), traditionally assumed to be black because he’s a Moor from Spain, but in recent years an increasing figure of controversy, as the boys/men who portray him are in ‘blackface’, make up to intend white people look black. Despite accusations of ‘racism’, the overwhelming majority of Dutch people believe that Black Pete should remain part of the celebration.

It’s a tricky debate. Is it ‘racist’? Or is it something that presents a black man as an integral, important part of the celebration, as equal to Santa? It’s not a debate I’m going to get into. That’s something for the Dutch, and the Dutch alone, to resolve amongst themselves as the tradition is essentially confined to the BeNeLux nations.

It ill serves everyone for the talking heads in some other European media outlets, particularly in the UK, to be imposing their cultural imperialism on other countries. Would the population of the UK, for example, take kindly to other countries saying ‘well, your Morris dancers are portrayed as strangely dressed, idiotic country bumpkins. Stop portraying country people as a bit stupid’. No, we wouldn’t. Would Americans take kindly to other nations saying ‘stop celebrating Thanksgiving because you really don’t need two huge blow-out meals in the space of a month’. No, they wouldn’t. I know that we’re not comparing apples with apples between different cultural events (the rest of the world wringing its hands in anguish about the recent slaughter of animals in advance of a Hindu festival in Nepal being another prime example of finger-pointing) but I’m a firm believer in there being cultural diversity around the globe rather than cultural homogeneity. It’s what makes the world interesting.

Shifting attitudes mean that little traditions are sometimes being airbrushed from history, because they don’t fit the ‘politically correct’ agenda that is part of early 21st century zeitgeist.

What I’m about to say might offend some too precious and liberal to be allowed out in public without adult supervision, but I really don’t like some elements of ‘political correctness’. While I firmly believe in equal rights for all, black and white, male and female, gay and straight, I still take the view that a joke about a stupid Irishman is fine as long as it is genuinely funny. Because it’s funny. And because we can supplant the Irishman with an Englishman, or any other national on earth. Irishmen jokes are just a bit of fun because, deep in our hearts, we all have genuine affection for Irish people. It’s not made with nastiness. Equally, the Irish, amongst themselves, tell jokes about people from County Kerry. They’re the butt of the jokes. And if we care to examine it enough, I’m sure that there are County Kerry people who tell jokes about ‘the stupid man from Cahersiveen’ or another local town. I’m sure that any of you around the globe can recognise a similar kind of good natured joke-telling about near neighbours.

To me, this is OK, and to try to ban them or label them as ‘politically incorrect’ is wrong. In some senses, if you’re getting up the noses of those so po-faced they can’t recognise the fun in a joke, that’s probably a good thing.

The real crime, and many ‘politically correct’ comedians make this mistake, is in telling jokes that aren’t really funny.

Does naturism have its own ‘politically incorrect’ traditions? I’ve been looking through some photo sites to say that, yes, perhaps there are elements of social naturism’s past which probably don’t fit with the ‘politically correct’ mindset of today. In the 60s, I note, there was a fondness for naturists to dress up a bit at club gatherings and represent themselves as, say, belly dancers (offensive to parts of the Middle East?) or ‘Red’ Indian Chiefs and squaws (offensive to indigenous American Inuit people?). And then there’s the ‘beauty pageants’ (degrading to women being objectified for their looks?) 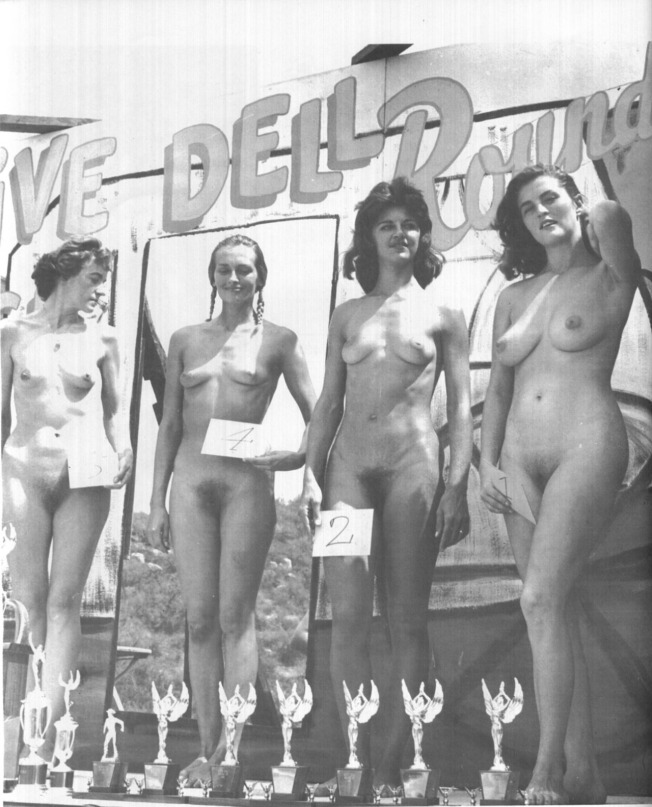 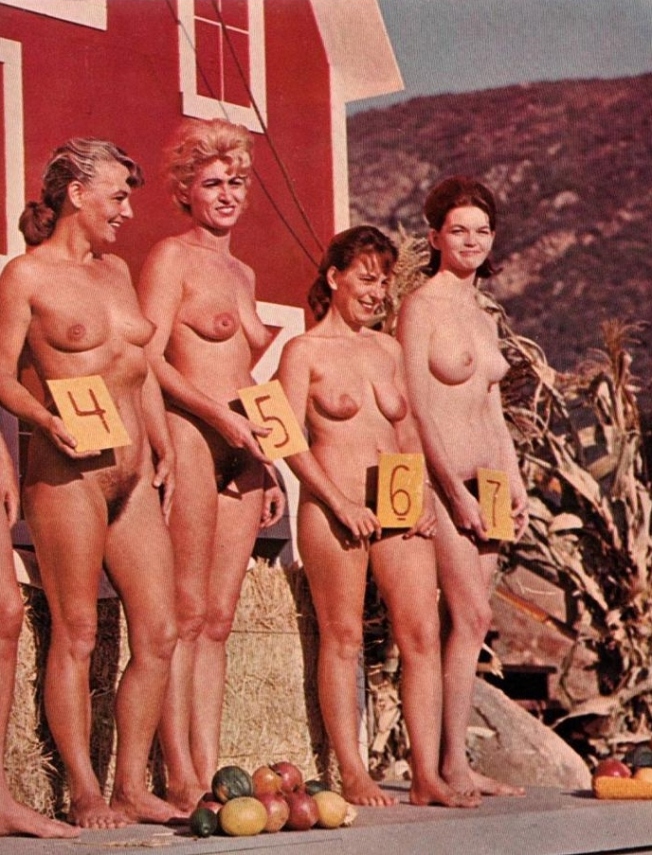 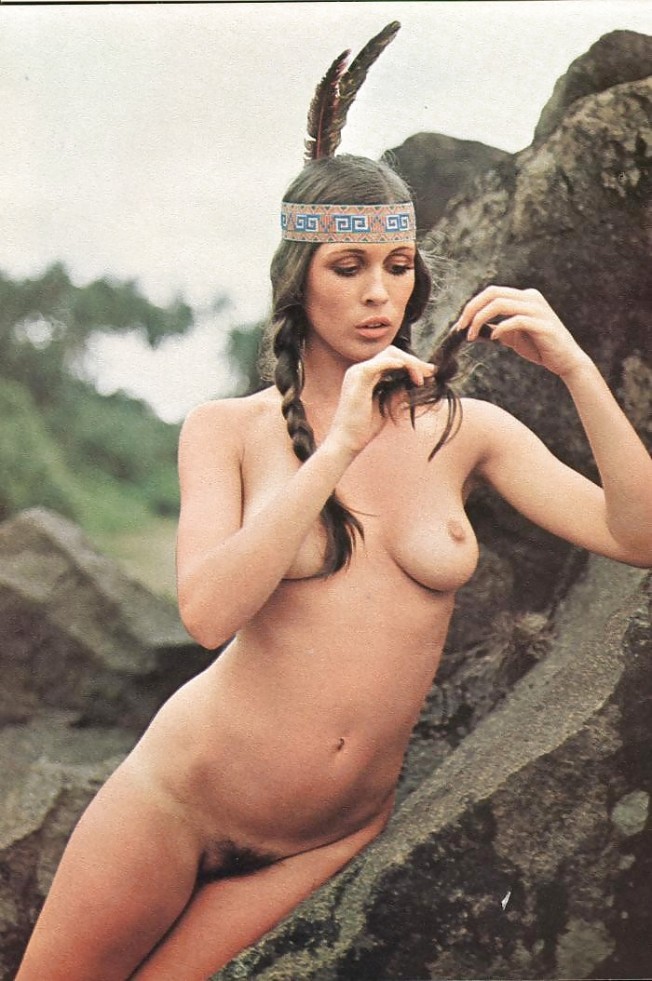 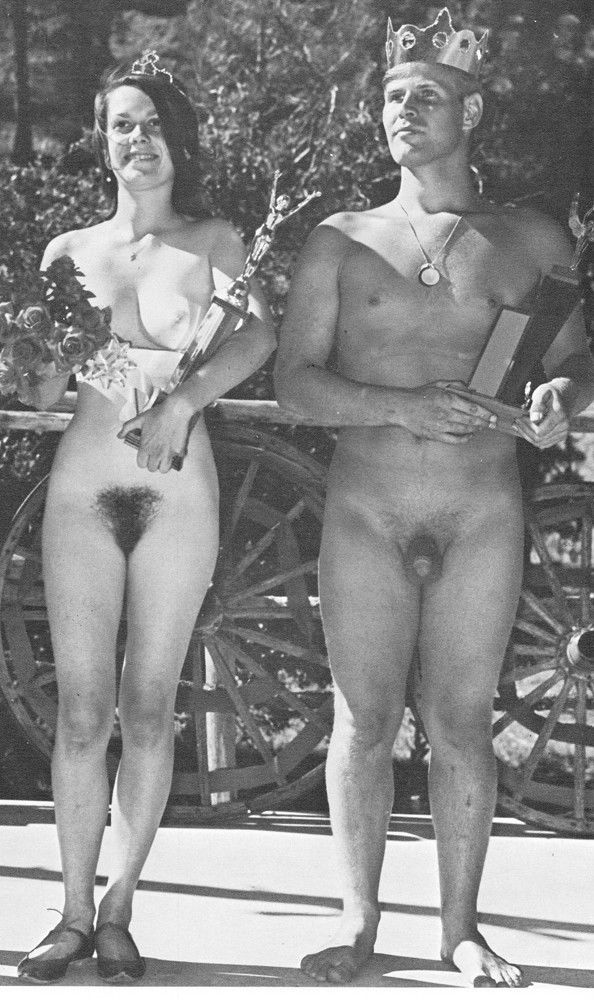 Second Life can offer either the chance to participate in equivalent types of events, such as the Miss Virtual World competition, or participating in some belly dancing or indeed role-playing as indigenous Indian people(s) from around the globe, be it in a north American reservation or in the Amazon jungle.

We’ve already reached a point where children have been effectively erased from being represented as part of the naturist lifestyle. While this may be generally considered to be a good thing, for fear of feeding the sick minds of paedophiles, the downside is that it it presents naturism as being an adult lifestyle, when we all know that it is very much a family lifestyle but is no longer represented as such pictorially. As I say, though, I can live with that if it cuts off a source of imagery for perverts.

But where might this ‘politically correct’ attitude end? OK, no children represented for obvious and solidly thought out reasoning. But…do we get to a point where we no longer, for example, show pubic hair because some people now regard what grows naturally as a ‘fetish’? Do we stop showing circumcised males on account of them having been subjected to ‘genital mutilation’? Dare we show a black naturist? After all, it panders to the imperialist imagery of ‘the savage from Africa’, doesn’t it? 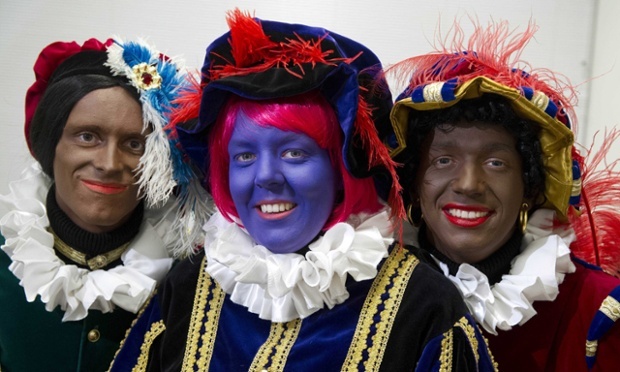 Black Pete, as represented in the Dutch Sinterklaas festival

If you begin to think about it, the whole reasoning for ‘politically correctness’ becomes utterly ridiculous. We begin to pander to a very dangerous set of people who have no sense of humour, fun or any sense of vitality for life. They begin to be seen as appalling set of people who need to lighten up and grow up.

In Part Two, we want to take the idea of ‘the politically incorrect’ into Second Life itself and examine the possibilities of roleplay within the game, and test the attitudes of those who might, for example, go naked in an African or Amazonian sim, dress up as (Red) Indians, Spartan women (who, history tells us, were routinely ‘topless’), and anything else that we can imagine might be regarded as ‘politically incorrect’ within the game itself. Is there any sense of ‘racism’ or offence implied? This will also be a topic of debate within the pages of SLN12, which we hope to have published on Thursday.