Courtesy of Diane, I’ve been pointed at a new(?) naturist sim in SL, DeShadow Cove.

I hopped over there earlier to take a look around. It seems that the sim is pretty new, as there’s quite a small membership as of now (you can join the group for free). Having joined the group you’ll have full access to their facilities which do include naughty pose balls, but equally you can use them to cuddle up to a significant other rather than get racy, should you choose.

I’ve not yet been able to establish who runs DeShadow, but when I do I’ll ensure we try to get an interview with them for SLN.

Strictly speaking it’s not naturist, but ‘clothing optional’, but CO, for SLN staff (and readers, hopefully!) means going bare. Is there any other way to travel? 🙂

I was immediately drawn to the pool. I love good swimming pools in SL, and this one is right up there, so having tested the temperature of the water I executed a perfect dive into its warm water. Incidentally, for those of you who like to swim in SL, you can also collect a free ‘swimmie’ attachment at the pool’s edge in order to execute proper swimming animations around the grid. 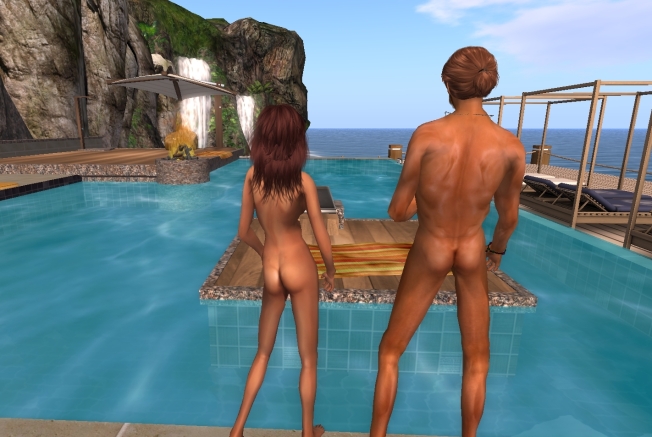 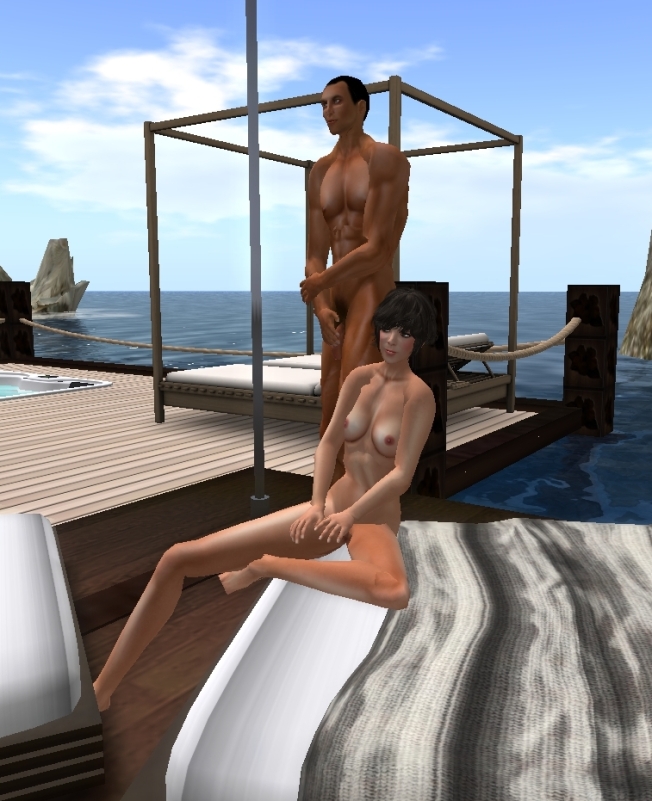 Diane has also sent me some photographs of herself and a friend at DeShadow Cove, and once again the colours are stunning and the facilities broad in aspect, catering for every taste, from the friends wanting to sunbathe right through to those who wish to be more intimate.

Diane and her friend share a cuddle in the jacuzzi 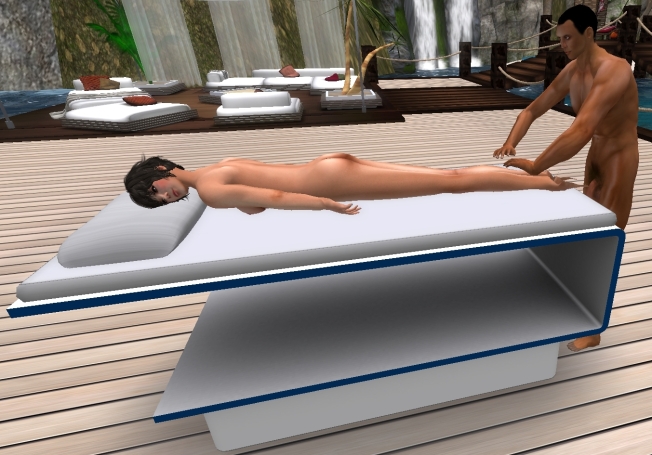 Followed by a massage 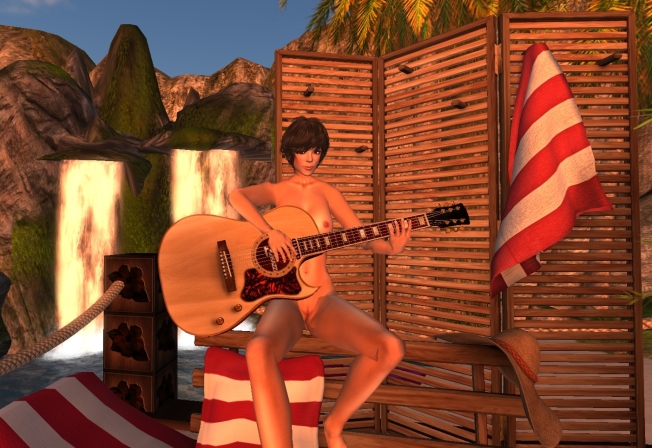 Changing the sun settings would appear to make the place seem even more atmospheric, judging by some of Diane’s photographs.

As usual, the pose balls aren’t of any interest to me, but are something you may wish to avail of. But I have to say that the layout of the place would suggest that, if it succeeds in attracting a crowd, and I hope it does, then the emphasis is going to be on sociability, always a big plus in SL.

And it’s so good to be reporting on the establishment of a new naturist venue in SL. I wish DeShadow every success.