It kicked off in Cape Town, South Africa yesterday, I believe, and there’s a youtube video (actually a compilation of high quality still shots) online already. 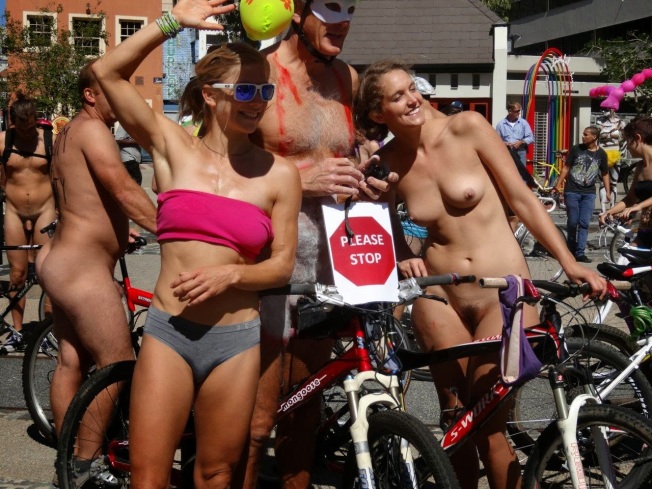 I’ve also added a couple of photos from a google image search which infer they’re from Cape Town, 2015.

SLN will try to keep you updated on the various rides going on throughout the year and Ella and I are committed to trying to organise an SL equivalent in world this year.

We’ve been trying to get something going for the past couple of years and have written about it here and here in the past. We’re determined that we secure a spot at this year’s SL ‘Burning Man’ festival so that we can run a ‘Critical Tits’ ride at it.

While a couple of hundred avatars all cycling nude would be a fantastic photo to capture, that’s not going to happen due to what would be, in Second Life, ‘lag hell’ (i.e. the volume of avatars at a sim means the full images of the people and buildings don’t fully develop due to server overload). But we’re hoping to do something on a smaller scale at some point during the year.

Many Second Life sims now have rezzable bikes, and I’ve seen many avatars use them, so I’m rather hoping we can exploit this SL meme to organise an SL WNBR event at some point during the year, and also sponsor our own SLN event during SL’s ‘Burning Man’.