Mexico seems to have a history of protest that often includes nudity. I’m not certain why. I’ve tried to do some research on the issue, but I’ve not been able to establish exactly why the need to go naked forms such an integral part of Mexican protest culture (or so it seems).

The latest nude protest was an attempt to highlight the disappearance of 43 students last year.

Just to remind you, the students went missing after hijacking several buses to stage a protest at a rally held by the wife of the Mayor of Iguala. En route, the buses were intercepted, there was a confrontation with the police, and the students were then handed over to a local crime syndicate, the United Warriors, and ‘disappeared’, presumed to have been killed.

In December, the body of one of the missing was identified, and protests began to find out about the whereabouts of the other 42. This nude protest seems to form one part of that.

“To put up the body for the missing ones”, they said in the Argentinian ‘Siluetazo’ in 1983. To feel “in our own flesh” is what the grandmother in Plaza de Mayo, Estela de Carlotto, reminds us to do. That’s what this is about, and not about simply exposing the naked body, commercialized by the morbid aesthetics in vogue. To put up the body in order to shout in the middle of the public space, the space of all of us, now regained and occupied by the social movement that clamours for the missing 43.

To embody the claims as a bold way to raise awareness, for everyone to feel involved: I am like you, you are like me, and together form a WE in the intimate daily life of the city. The same city we rediscover through the encounter of what is common to all of us. It was the State.

We do, we run, we circulate the streets, subject to a permanent visual attack full of crap that invites us to pawn our lives and live in solitude. Suddenly, a body-sign, a body-claim tears apart the routine and transgresses the urban space in a double dimension: in its nudity and in its political action. It is there by itself, as if waiting, as if inviting us to respond to its yell. It breaks the normal time, leaves the place of the mobilizations and appears like that, uncovered, only body and claim, just the bare minimum. It is enough. 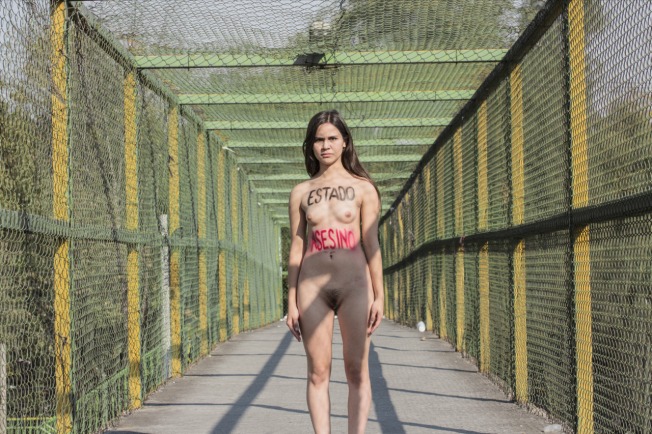 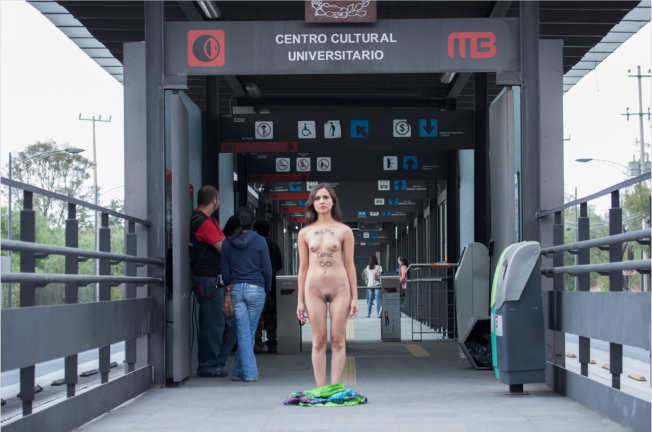 I initially wrestled with the publishing of these photographs. Was it exploitative? Perhaps. But the message here is one that needs to be hears globally, and not just be seen as ‘Mexico’s problem’. While some of us live in freer societies than Mexico, in societies not so corrupt that drug cartels practically run parts of the country (our crooks seemingly work for banks, and in financial centres) it shows us that there are those who are willing to protest the execution of its own citizens by thugs and bullies. We do need to stand shoulder to shoulder with them. 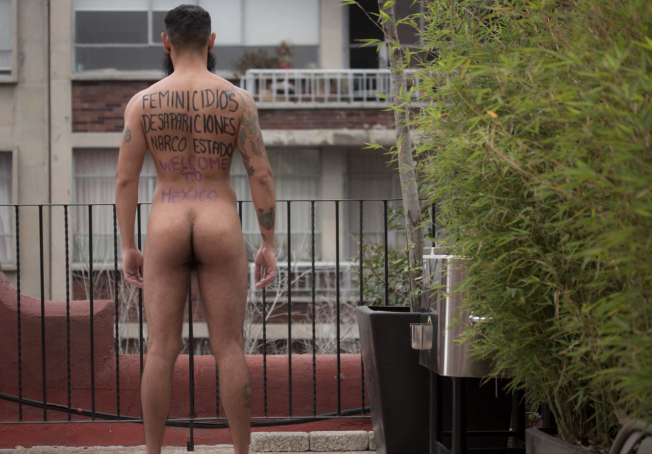 I would urge you to view and read a photo-essay in The Atlantic that highlights the case and its aftermath. 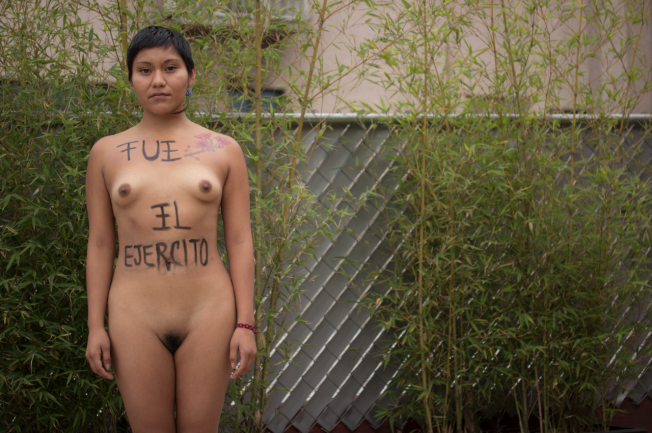 Why nude? Simply because the naked body still has a power that makes us take notice. The people posing for these protest photos do so in the knowledge that their naked form will transmit itself around the globe in a manner their clothed form does not. We have to admire their courage to ‘speak out’.

If you’re a Twitter user, the hashtag #Ayotzinapa should highlight tweets on the atrocity. 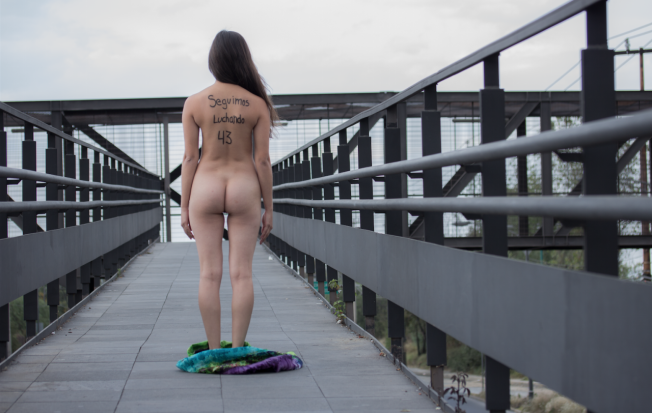 This nude protest coincided with the mothers of the 43 disappeared making the issue visible (to the outside world) to coincide with International Women’s Day. 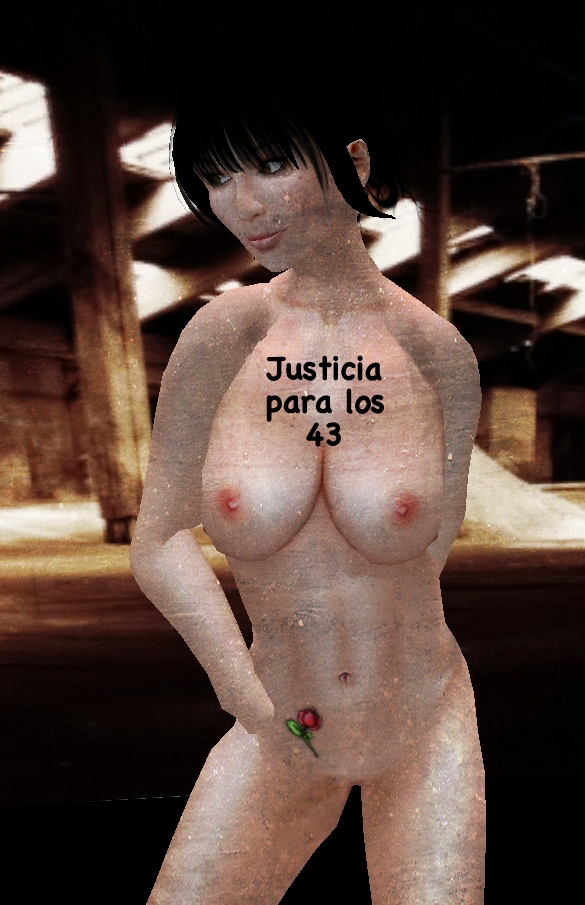 While the ‘body painting’ may not be that great, I’ve had to add text to a photo, Mexican-American avatar Rosa Maria (I don’t know any Mexican avatars I could have asked, sorry) was willing to add her name to nude protest requesting ‘Justice for the 43’.

Please, do some reading into the background of this horrific event and lend your support to their protest so that the families can obtain both closure and then justice for the murders.