Over the weekend (beginning tonight) there’s a ‘Burn‘, one of SL’s regular replications of the Burning Man festival, taking place.

I may drop over there regularly to see what’s going on throughout the weekend, particularly as Ella and I keep discussing renting space to run a ‘Critical Tits’ type bike ride at one of these events.

‘Critical Tits‘, in case you’re wondering, is a bike ride that occurs at the Burning Man festival in support of top-free equality. You don’t have to be topless to do the ride, but be supportive of the ride’s ideals.

Burn isn’t strictly a naturist event, but SLN are in favour of supporting and highlighting events wherein top free equality can be brought a little closer, hence our desire to do this some time this year.

As people may be aware, these Burns, in RL, do feature random acts of nudity, and we support that idea too. Anything to normalise the naked body in an uptight and increasingly repressed  world. There should never be any repression regarding God’s (or enter your own preferred deity here) greatest ever creation, the naked human form.

Above are a selection of photographs of just a small number of the strange, beautiful and imaginative aspects of Burn. I don’t think anyone can fail to be in awe of the beauty of the build and the imagination of the builders. There really are an enormous number of exceptionally creative, imaginative and artistic people out there in SL land.

I arrived at 530pm GMT on Friday evening, (1030am SLT) and there was already some wildness and mayhem in progress, with a parade of ladies walking around the stage prior to performing some sort of fire dance. We may come into a fantasy world to relax, but my goodness there’s an amazing amount of beautiful creativity going on to create it all. 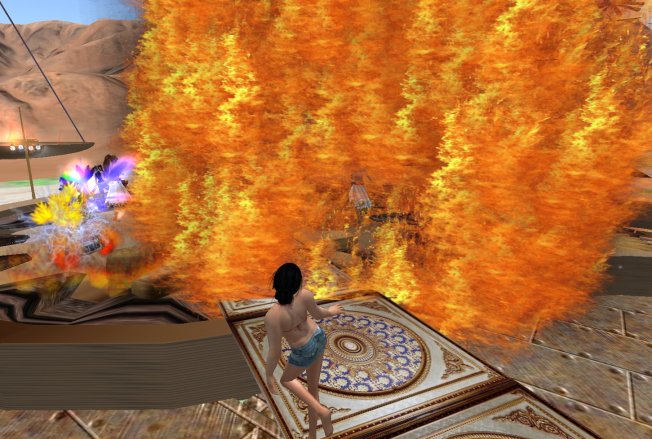 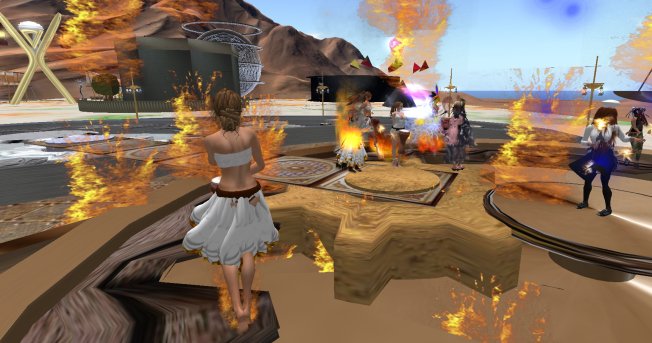 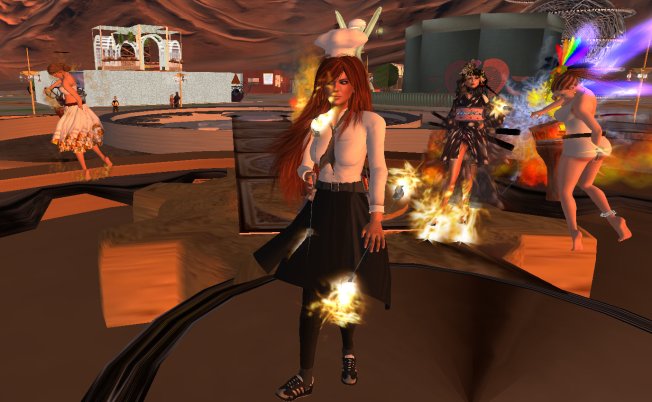 Give ‘Burn’ a go over the weekend. It looks to be a wild and marvellous weekend of surreal imagination.