What does the phrase nude beach suggest to you? Here in Europe, it means just that, nude people, not semi nude people. In north America it seems that the term ‘nude beach’ is much more readily applied to what we in Europe would call a ‘topless beach’, i.e. boobs out, ladies, but bottom half covered. And in Europe that sort of means damned near every beach going, and no real funny looks or the threat of a law enforcement officer pressing charges. At worst you’d get a quiet word about ‘behaviour’ from a policeman who, mark my words, will know much less about the law and nudity than you do, if you’re a card carrying naturist.

Trust me, I’ve had that conversation. Not, I should add, on a beach, but at a dinner party, where our naturism came up in conversation and another guest, a quite senior policeman, tried to bore me with his ‘legal’ take on it, much of it false. Either he didn’t know the legal position in the UK, or was working on the assumption that I wouldn’t know my rights. In this, he was quite wrong. I dismantled his arguments one by one and that bit of conversation ended with the arrival of the cheese board and the hostess declaring we should all head off to the beach and ‘get out t*ts out!’.

Well, exactly. It’s not illegal. Aspects of law relating to public nudity can be found on the Crown Prosecution Services’s website.

What is key is that ‘A naturist whose intention is limited to going about his or her lawful business naked will not be guilty of this offence.‘ Note that this isn’t just about boobs, it pertains to bottom-half nudity too!

Self-evidentially, waggling your willy at the church/school gates won’t be regarded as ‘lawful’, whether you claim to be a naturist or not, as Steve Gough, the Naked Rambler, continues to find out to his cost, and to my mind to the detriment of UK naturists, whose reputation is tarnished by his actions of being naked everywhere. 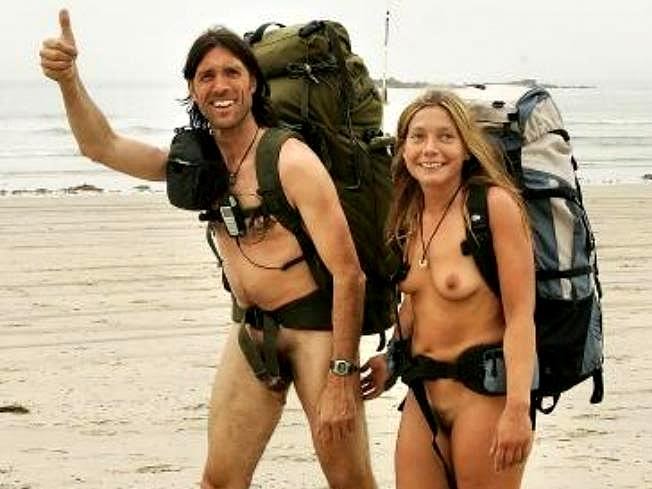 There’s a cultural difference between Europe and north America, then, and this can be seen in articles that pose the question if speedoes are acceptable nude(!) beach wear or articles which highlight toplessness in America as progressive, while Europe’s several decades past that analysis of the situation. Quite clearly, many Americans do understand what naturism is: it has been reported that in 2010 there were 260 naturist clubs in the USA, double that of a decade previously.

The Naturist Society reports that 1 in 4 Americans, while they may not necessarily classify themselves as naturist, have at least skinny-dipped in mixed company. That’s 70m people.

Within Second Life, the same conventions regarding what constitutes a nude beach carry over from real life.

On my travels around the grid I’ve often encountered places where no one is nude. Some females may be topless, but bikini briefs and, yes indeed, speedoes are the order of the day for everyone.

I can well understand the conventions within real life, where nude=topless in many RL locations. Within SL, however, I don’t understand the theory behind it. The word nude is defined here. ‘Wearing no clothes’. That’s right, no clothes.

If SL is a world where people have the opportunity to do things, virtually, that they can’t do in RL, be it a parachute jump, flying a plane, captaining a yacht, all manner of sexual activity and, yes indeed, visiting a nude beach, then should your avatar be pushing that boundary or your own, learned responses to social convention and lack of opportunity in the real world?

If you are going to visit a nude beach in SL, I’d encourage you to slip off those bikini briefs and speedoes and actually embrace full, virtual nudity.

If you teleport into a sim described as a ‘nude’ beach, accompanied by a sign at the tp point that says ‘swimwear may be worn’, do yourself a favour and tp out again.