Finally! An app the entire world can use! 🙂

Kardblock is an app that will remove any mention of the Kardashian Klan from annoys your newsfeed, Facebook page or anything else!

I approve because –I’ve said this before, several times, in fact- there is nothing more irritating about people being famous for being famous, without ever having done anything of note. My previous post almost pre-empts the appearance of this new app! 🙂

We appear trapped in this stupid celebrity culture wherein we laud those who can get into the papers for doing nothing more than walking down a red carpet or is based on pathetic reasoning. OK, we get that you appeared in a sex tape. It’s not a good reason for being famous. Not even something to be proud of. 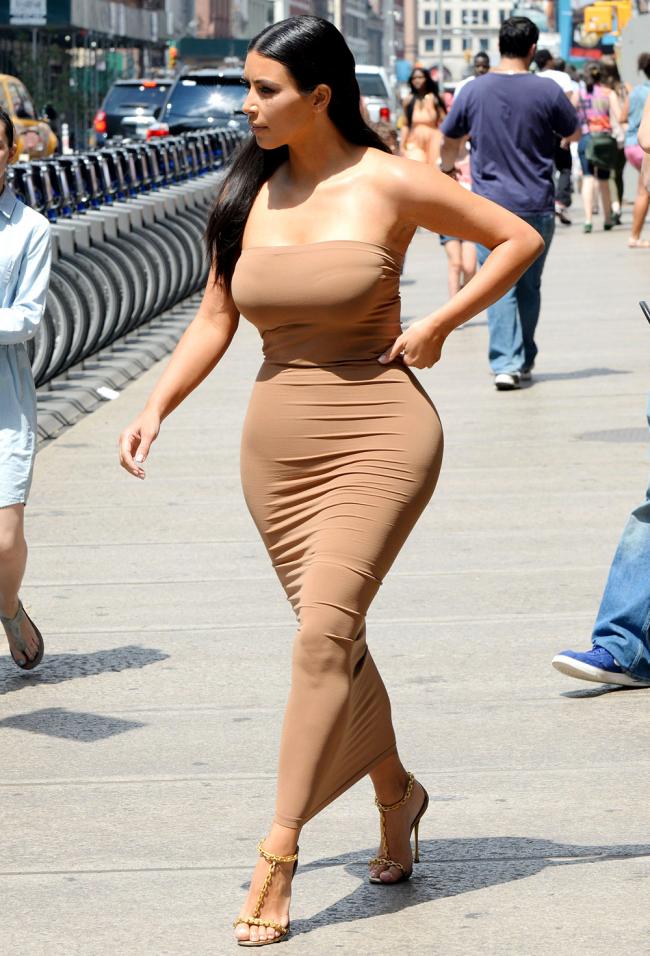 Often, those who are shot to fame on these flimsy pre-texts find they have nothing to say, or contribute, and thus the first course of action, to keep them ‘newsworthy’ is the ‘wardrobe malfunction’ or ‘nip slip’. (Clothing rarely ‘malfunctions’, it’s almost always an engineered PR move). Sure, there are those who do end up in the papers as a result of wholly accidental photographs.

I don’t imagine for one moment that Catherine, Duchess of Cambridge, and wife of Prince William, heir to the British throne, decided she’d wear an outfit on the off chance that a gust of wind would blow her skirt up (photo above). However, it does say a lot for the paparazzi that they would opt to sell this sort of photograph. Worse still that they position themselves to capture such photos in many instances. That’s not reporting celebrity events, that’s simply perverted. The paparazzi are, let me say again, perverts. Nothing more, nothing less.

I have absolutely no idea who the ‘celebrity’ in the photo above is, but she certainly didn’t stage this for the press. She just happens to be getting into a taxi, and in the process of doing so, exposes her knickers. Yet each and every time these are the shots that make the papers, not the subsequent ones which might have shown her sitting smiling and waving to people. No. Let’s print the one where her panties are displayed. I find it all  completely nauseating.

Having had a ‘wardrobe malfunction’, the next thing is to probably go topless on a beach, with the situation again often being engineered so that a paparazzi can capture some grainy, distance shots that look as if the female in question has been captured ‘by accident’, and once again, it makes the press.

Of course, once your career as a singer/actress/model/socialite/celebrity idiot is really on the skids, the next stage is the Playboy shoot.

Yep. Your films are tanking, your albums aren’t selling, you’re now strictly ‘B’ list celeb or worse…so do the Playboy shoot.

The assumption, perhaps, should be that SLN should approve of all of this skin on display, that we should approve of the ‘normalisation’ of nudity -particularly amongst celebrities who might be ‘role models’ to teenagers. Wrong.

Nudity, normalised, is a wonderful thing. Celebrities who partake in nude swimming or sunbathing possibly give their fans a sense of ‘it all looks so natural…I’ll try it’. And that would be great.

…and there is nowhere on the internet that I can find her commenting about feeling that her privacy was violated. It was as though her attitude was ‘yeah, so what?’. Not a single word was said to promote a product on the back of it. It was just a woman experiencing naturism. And we fully agree with this approach. Of course, we also think she is a proper actress in an age where some celebrities claim to be so along with their other modelling, singing, fashion designing and perfume creating ‘talents’. Emma Thompson’s lack of reaction was an act of pure class from someone in the public eye; something a younger generation could learn from.

Contrast that with the rather cheap and tacky approach by the likes of the Kardashians. Devoid of talent other than for self-promotion, and whose fame will quickly fade as the population find someone younger, prettier and (please, God) possessing of some sort of talent arrives on the scene.

For many of us, the Kardashians have always been a source of irritation. For others, the hype has finally reached the point where this app -equal parts humorous and deadly serious- has been invented. We want all reference to that irritating family out of our lives.

It’s doubtful that it spells the public falling out of love with the idea of ‘celebrity’. We’ve always loved our silent movie stars, movie stars, pop stars and television personalities. The difference being that, once, they produced work of merit, to which fame and public intrigue were attached. Nowadays, our ‘celebrities’ are reality TV show people, models (how did it get that someone wearing someone else’s clothes got to be famous?) and people whose drug habits are more familiar to us than their films/music.

You can sign up to Kardblock (not an app, but a browser add-on, here)