The young British woman who ‘offended’ a sacred mountain by going topless with others last week, and then received a short jail sentence and fine, arrived home at the weekend and made a statement to the media about her actions and ordeal.

You may wish to note that the video (and the Daily Mail, and possibly some other news sources) erroneously identifies the young woman as a ‘nudist’. She’s not.

I would have imagined that our previous postings on the matter would have been the end of it, were it not for a conversation with one of my former, recently retired, colleagues earlier today. As a young man, in the mid-1960s, he lived in what was then known as British North Borneo, and actually lived in the Sabah region where these tourists had stripped off on the mountain.

One of Sabah’s political leaders, Joseph Pairin Kitingan, went as far as claiming this act had brought on the sacred mountain’s wrath which had resulted in an earthquake, resulting in numerous deaths.

My former colleague told me that, prior to the country becoming Malaysia, and turned into a largely Muslim country, local tribeswomen ‘conducted their lives naked from the waist up’.

‘I can see how the western press might like to jump onto an anti-Islamic bandwagon regarding this’, he told me, ‘but what’s important to remember is that Mr. Kitingan isn’t a Muslim, but Catholic, yet seems attuned to the pre-Christian ideas, strong locally, that the mountain is sacred because it contains the spirits of their ancestors. In which event, one might reasonably conclude that their female ancestors’ spirits were all routinely naked from the waist up anyway!’ (my paraphrasing of our conversation earlier)

Despite Sabah being 65% Muslim, another 25% are Christian, with the remainder being a mix of Hindu, Buddhist, other religions and none, but -as often occurs- it’s ancient, sometimes tribal religions that marbles their way through a current ‘spirituality’ (cf: many Pagan feasts and their traditions being mixed up in Christian festivals like Easter and Christmas).

One thing’s for sure: when Mr. Kitingan speaks of a ‘sacred mountain’, he isn’t speaking of spirits of the mountain in an Islamic, ‘there is one God but Allah’ sense, nor in a Christian ‘thou shalt put no other gods before me’ sense. 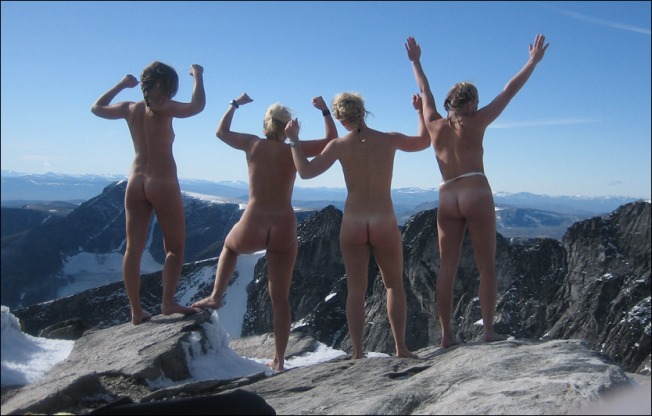 Strange, or perhaps it isn’t, how history, news events and a salacious, self-loathing media manage to jumble a lot of things up until they make no sense at all.