While I’m waxing lyrical about the Second Life Freebies and More blog, something that is the staff’s ‘new best friend’ in terms of blogged freebies, I should also point out that ArtisAnna Tattoos have a free group join gift running at the moment.

One of my work colleagues has spent most of this week thinking about getting ‘his and hers’ tattoos with his girlfriend. Nothing as tacky as each other’s names, or both names inked on. Something subtle, he thought.

If he was an SL avi, he couldn’t get much more subtle than this.

All tattoos worn in the ’30’ shading (faded), giving an understated sense of tattoos. 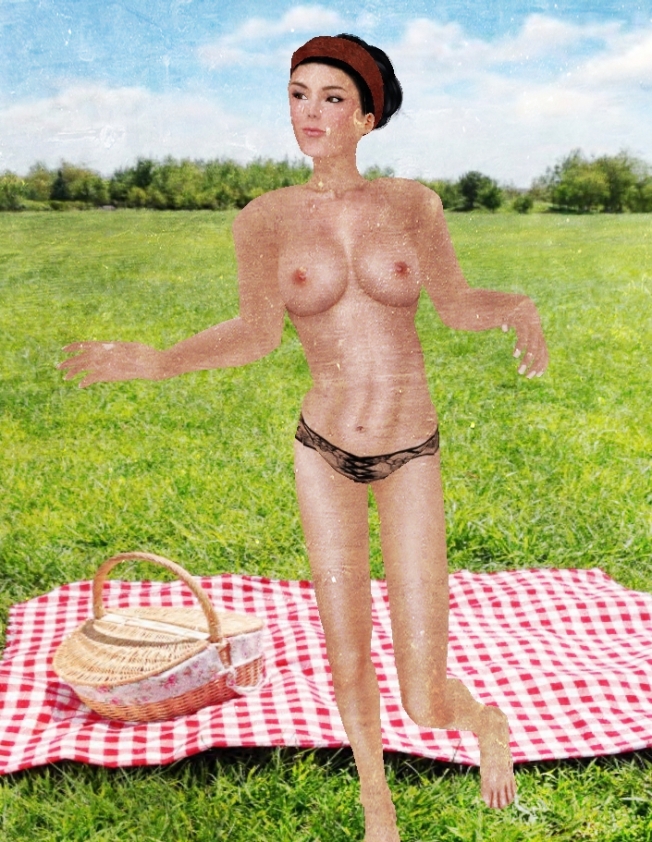 I’m just in from work (don’t even ask! the traffic was gridlocked this evening!). I need….a ready meal, a bottle of wine, and SL. Time to de-stress, at last. (My other half is working tonight and I’ve got the sofa to myself).

I read Ella’s post from Spain -so jealous!- and thought the ‘I need a mini-wardrobe quick’ idea was great, particularly as I do post quite a bit on cheap but top quality bits and bobs that I’d consider ‘naturist wardrobe’.

If I pursue Ella’s idea, then I think the thing most of us, male or female, would go for as an ‘essential buy’ in the event of a lost suitcase would be panties. We’ll have travelled in a pair of pants or jeans, maybe a dress. In the event of a lost suitcase we’d be looking at undergarments as maybe the top essential purchase (after a toothbrush and, perhaps, a comb). Fortunately, the Second Life Freebies & More blog rides to the rescue, again, in the form of L$1 black lace panties which are on sale at Klepsydra. So that, at least, is us left feeling clean and fresh in the undies department.

I’d be livid at the loss of my pareos and sarongs. They’re light, serve a multitude or purpose, including a bit of a cover up if necessary. With Garishlypaintedplanes budget airlines having lost my suitcase, then, another L$1 item from Klepsydra, this delightful pink Zenaida short skirt would provide a bit of cover-up modesty while my suitcase flies back from Prague, Zanthe or wherever else they’ve mislaid it.

Lovely items, both. You’d be a fool not to avail of this incredible offer.

I landed in Alicante earlier today, and then had to hang around for 90 minutes in the airport until Sylvia’s flight arrived. Next week it will be her who plays the waiting game, as I’ll be flying home while she hangs around waiting for her flight.

90 minutes wait was fine. I texted home to let them know I’d arrived safely, then killed time with a couple of cups of coffee. I don’t like coffee much, being much more of a tea person, and getting proper tea -English breakfast tea- is a tough ask in an airport. Much easier in resort, where there’s enough of an ex-pat community to understand what you mean by ‘a pot of tea’. 🙂

So it was a couple of cups of over-priced decaffeinated coffee and a ‘read’ of a Spanish newspaper. After several years holidaying in the country, I can usually flick through El Pais and pick up the gist of the stories, even though my Spanish is rudimentary.

I’d pre-arranged to meet Sylvia at the baggage carousels when her flight arrived. She recognised me although she was…almost unrecognisable when she came running up and gave me a hug! The person I remembered, and re-imagined for SL purposes a couple of weeks ago has changed quite a bit.

My SL re-imagining of Sylvia as I recall her the last time we met in RL. 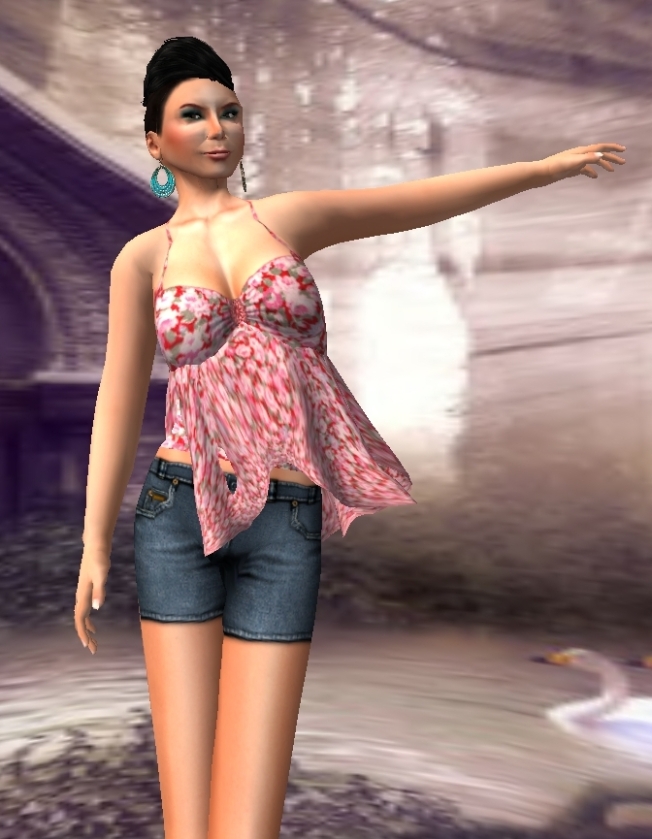 Once we’d driven up to the resort and were getting settled in, I had to hop onto SL in order to revise my re-imagining of her for this week’s ‘Postcards from Spain’ series.

Her hair is almost shaved at the side now, a more masculine (to my eyes) kind of look. We unpacked and undressed…well, we undressed in our respective bedrooms first and then started the process of unpacking. And I put the kettle on. Yes, more tea.

Tea made, bags unpacked and clothes removed, we sat in the shade, on the terrace, for a further catch up; the two hour drive from Alicante was a constant buzz of us talking that still isn’t exhausted. We shared photographs, memories, and laughter before Sylvia opted for a bit of a lie down, leaving me here on my own, and not feeling exhausted for once. Often, I find travelling exhausting but I feel absolutely alive right now.

I had a quick rummage around the SL blogosphere and, courtesy of Julianna Seriman at the Fab Free blog, I spotted this long tank, which is on sale (L$49) at Mrs. B’s Designs. Intended to be worn with a matching denim skirt, according to Julianna’s review, I opted not to purchase the skirt 😉 because this is very much something that can be worn as nightwear and, in my current circumstances, early morning day-wear for that early morning trip to the beach, and maybe an early morning skinny dip (depending on the waves). I have, indeed, packed something similar for nightwear purposes this holiday, and so I’ve opted to model it as I may do tomorrow morning on the playa.

In a departure from the usual ‘what I saw today’ postings that form the basis of the ‘Postcards’ series, I’ve decided that what I’ll try to add into them when I post is a secondary theme, ‘How I stocked my holiday wardrobe after the airline lost my suitcase’. It has happened to me before. Fortunately, it happened when returning home. My plane landed at Manchester, my suitcase in L.A!

There’s such a lot of great summery things around at the moment that I would like to imagine the need to head out with a credit card in order to be able to quickly build a wardrobe. Even naturists need clothes!

I’ve no idea what we’re doing for the rest of the evening. I may get on to SL a little later. Oddly enough, I find that my in world time increases when on holiday. The blog has one focus, the ‘Postcards’ series, and I can concentrate on merely replicating what I’ve seen in a RL naturist context during the day.