I was lying in the sun earlier, using the nearby beach bar’s wi-fi to read some news stories on my Kindle. I was dismayed and disturbed to read part of a report about an Indian feminist (the BBC’s description) who is  posting rape videos online.

Sunitha Krishnan is clearly doing some terrific work in India, such as setting up an anti-sex trafficking charity called Prajwala, and is a respected feminist (you can read more about her at this TED page)

Ms. Krishnan is, controversially, taking videos of actual rapes which are shared on social media such as WhatsApp, without so much as the assailants bothering to hide their faces, blurring faces and posting them to youtube.

So far, so good. Anything that helps to identify the perpetrators and sees them jailed is a good thing, in my opinion.

Ms. Krishnan was asked if she was in effect taking the law into her own hands, and responded that “The offender is using this (WhatsApp) medium to shame somebody and to show their impunity. Why should I be so sensitive to their needs?”

What would concern me is that India’s ‘rape culture’ will merely respond by continuing the odious practice of filming, but start wearing masks to disguise their identities. No forward movement, maybe, in how we address the issue which should, in all instances, be that rape is always wrong.

I was particularly dismayed, however, with reference to a new Indian ‘super hero’, Priya, who is cast as a ‘rape survivor’. 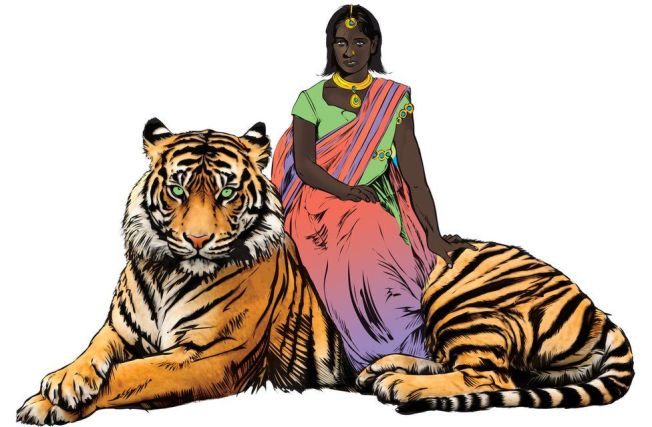 Clearly, I’ve not seen the Priya stories ‘in the round’, nor do I fully comprehend the ‘rape culture’ that appears to exist in India -it’s certainly something we’ve written about regularly before- but with a western mindset I find the idea of ‘rape survivor’ odd. In casting Priya thus, surely those young Indian males who think rape is ‘OK’ might equally be moved to imagine that ‘all rape victims are likely to survive, so rape is OK. The female survives’.

You can read a Priya ‘Issuu’ comic, downloadable for free.

In the comic, there’s a core ‘faith’ element to the tale. Whether that has traction in Indian society isn’t for me to say, nor properly comprehend, but I cannot comprehend that such a message would have any traction in the west. ‘If you rape, you will be barred from McDonalds for a month and your car will mysteriously fail to work’. Such a ‘threat’ is unlikely to stop a determined rapist. While the message in the comics is an important one to get out there, is it likely to alter mindsets? I don’t think it necessarily will.

‘Siesta’ time, not that either of us are having a siesta. It’s just too hot out there in the afternoons. We shall lie low for a couple of hours and relax in the shade awaiting the sun to drop a little.

We spent the morning on the beach. At one point, Sylvia wandered off and returned, looking triumphant. She’d bought a beach ball! Yes, something of a naturist cliche, something we’ve written about before. Nonetheless, here she was with a beach ball she huffed and puffed into for a good five minutes until fully inflated.

The beach ball has been constant prop in naturist photography since the birth of naturism. It’s what we naturists do, apparently.

I have to say it’s something I’ve never done, not even with the children, until this morning. Yes, we’ve bought a small football for them to play with, but never a beach ball. Just too much of a cliche. 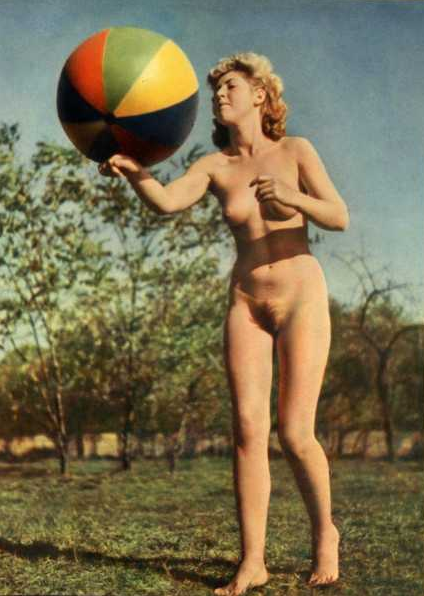 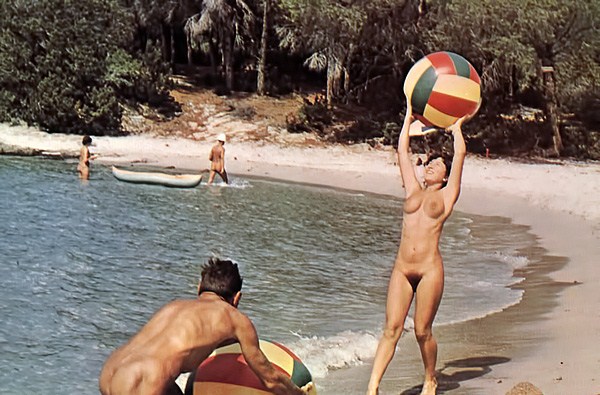 Sylvia decided we should play with a beach ball and effectively act out the theme portrayed in so many photographs. I have to say it was quite fun, although I’m not one for drawing attention to myself, so it was odd to be, for a little while, the centre of many people’s attention.

Fortunately, some children decided they’d like to play too, and their parents joined in, so eventually there was quite a crowd of us, all unknown to each other, just throwing and kicking a ball around.

I hopped onto the Marketplace and grabbed a nice set of beach ball poses, from Nani, for L$50.

I should also point out that, as I reported last week, it’s now time to tie my hair back on a breezy beach, so I got this hair from Entwined at an IDK event today. While these poses don’t necessarily do it justice, don’t worry, you’ll grow familiar with it over the next 10 days 🙂

I just know that this week is going to push boundaries further and further, all Sylvia’s fault. I go about my naturism quietly, Sylvia is a bit more in-you-face. I’m looking forward to it, and dreading it, in equal proportions.

This post may go away over some people’s heads! It’s a Brit thing.

In the 1960s, there was a movie franchise in the UK called ‘Carry on‘. The films still receive regular airings on British terrestrial TV even now and, regardless of people’s age, we Brits simply love them. They’re based on our bawdy, risqué ‘seaside’ sense of humour and the dialogue is packed with double entendres.

I’m too young to remember them in the cinemas, and it’s doubtful that someone would make such a movie today, but I know them well from their outings on TV. There will almost certainly be a ‘Carry on’ season every year on BBC or ITV, the main Brit TV channels.

The films made household names of many of the actors. For those who know The Beatles’ work, John Lennon references one of the actors, Charles Hawtrey, at the beginning of ‘Two of Us’ on the ‘Let it Be’ album. That’s how much the people involved percolated into everyone’s, even John Lennon’s, life.

The films also nudged in the direction of nudity. Nothing was revealed, not so much as a nipple, but for its time, for a strait-laced British public, it was ‘edgy’. One film, Carry on Camping, even involves a bit of naturist camp activity, wherein two of the actors involved take their girlfriends to a cinema to see a movie about a nudist camp, and then decided they need to try that in real life. Of course it all goes wrong, but there’s a lot of nudist cliche involved…playing with beach balls, dialogue that refers to ‘frolicking’ and ‘romping’, words only (still) applied to naturists by a lazy media.

In another, British actress Barbara Windsor ends up in a sort of bikini/outfit, I’m not sure what I’d call it (see the photos below).

Where’s this all leading?

Butterfly Effect have some group gifts available. A nice set of red underwear, a bikini and…the outfit I’m modelling below. (originally sourced via the Second Life Freebies and More blog)

I can practically hear someone saying ‘ooooohhhh…..Matron!‘, a phrase originally coined in the Carry On franchise (specifically ‘Carry on Matron‘) and now back in popular British use when someone innocently says something that has some sexual innuendo attached. (see a selection of British ‘saucy’, double entendre filled postcards below) 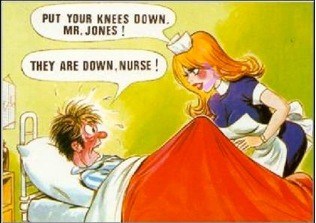 I’ll not make this one of the ‘Postcards from Spain’ type postings as (a) Sylvia and I haven’t done anything today (so far, it’s 830am) to report and (b) it doesn’t particularly fit into the Spanish theme. I could stretch it into a Spanish-themed post, I suppose, but I’d rather not, and just focus on the talent I’m about to show to you.

It was my absolute pleasure to run into, and talk to, SL avatar Fabio Lazuli, who is an extremely talented photographer and he snapped me at the Commune (above). This is just….wow!

I’m always in awe of those who can photograph in SL properly, as opposed to those of us at SLN who are merely enthusiastic amateur snappers (with the caveat that the blog doesn’t always need stunning photography, just a sense of a naturist place)

Fabio has his own Flickr presence, which I’d encourage you to visit because his photography is majestic, moody, SL-related and involves ‘the nude’. His page is well worth visiting, and I hope he’ll be adding more photos to it soon.