SL uses a lot of system resources, and my laptop -in 40 degrees of heat- has fans running full tilt when I go in-world. As a result I suspect I won’t be in-world a lot between now and the weekend. 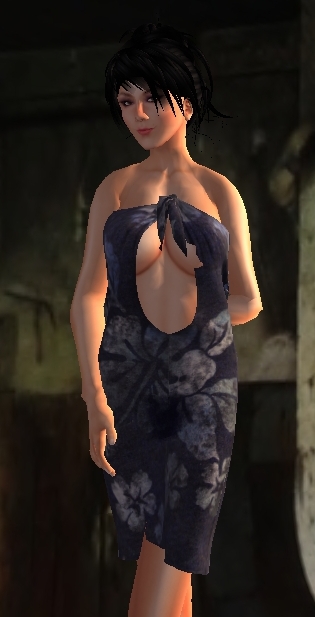 Usual beach habit here is that while men usually walk nude between their apartments and the beach, ladies will throw on a pareo for the walk. I often do the same.

In 40 degrees of heat, with media reporting even Spaniards collapsing in the streets due to heat stroke/exhaustion, what hope for us northern Europeans?

Sylvia and I stepped out of the apartment this morning for a walk on the beach, but as soon as I stepped into the sun at street level it felt like a mistake! So I took it off and left it sitting on the apartment’s steps, for collection on our return. Due to the exceptional heat at that time of day, we also abandoned the direct sunlight the beach would have provided, and instead we walked around the entire zona naturista, something I’ve never done before nude. A street here, a street there, yes, while going to friends’ apartments, etc, but not the entire zone.

We didn’t start a trend, although it seems to be today’s trend. Even a pareo feels sticky and uncomfortable. We’ve not seen a single item of clothing in our apartment block today.

This is proper naturist life. We’ve reached a point where it feels that clothing has been banned. And it feels wonderful.