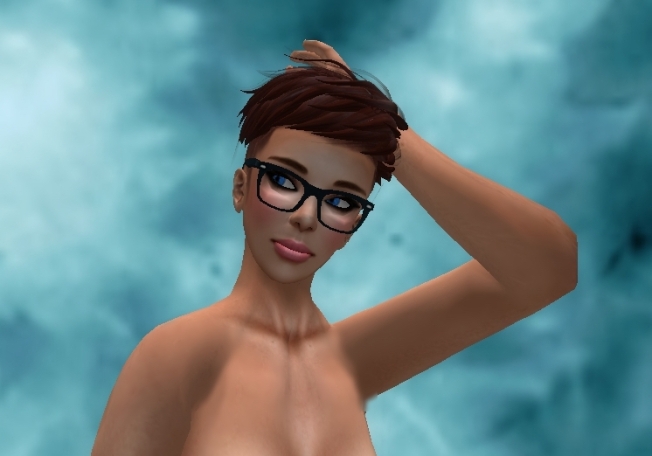 There comes a time in most women’s real lives where long hair really doesn’t look right any more. As a teen, my hair was so long that I could pretty much have tucked it into the waistband of my jeans. As time progressed, it got shorter…just a bit…so that the Ella of my avatar had hair that was fairly accurate to RL. I could certainly keep a small ponytail. But it sometimes looks a bit ‘mutton dressed as lamb’ (to utilise a phrase popular in England), that is, an older women still trying to look young and, sometimes failing.

I do like to maintain an avatar that kind of reflects RL. It’s never going to be perfect, given the limitations of SL, but I strive to make it something that’s relatively true.

As I’ll be 40 in a couple of years I decided that I maybe needed to consider a newer look for the second half of my life.

Well….I’ve only been and gone and done it! Reached that point in RL where shorter hair is something that had to be done. And as it’s the school holidays, a time for getting things done, a trip to the opticians as well for an eye test. New glasses were required, and thus I’ve lost the little ‘John Lennon’ type glasses I’ve worn in RL and SL for a number of years, to be replaced with what was, years ago in the UK, historically known as ‘National Health Glasses’. These were referred to disparagingly, as something only poor children wore. If some of you around the world think ‘Buddy Holly’, with the thick, black frames, well, that is very much the historical style of ‘national health glasses’. Oddly enough, Raybans Wayfarer were always somehow considered cool, while similarly chunky framed spectacles were incredibly unfashionable. Nowadays they’re considered to be very cool.

1950s rock & roller Buddy Holly wearing what most UK people would recognise as ‘national health’ type frames. Uncool for decades, and now very much ‘in’.

I didn’t choose heavy frames because they were cool. I chose them because, as they’re very cool, they’re about the only style on offer in my rural opticians!

So…new eyewear picked, we headed down to my hairdressers where I opted for a fairly radical hairstyle. No, a very radical hairstyle. In real life, it’s not quite as harsh as this Argrace cut (intended for male avatars) but it’s as close as I could manage. My son said ‘You don’t look like Mummy’. My daughter said ‘Waaaaahhhhh!’ 🙂 My husband said ‘Mmmmmm!’ I’m not sure if that’s a ‘sexy’ mmmmm, or a pensive, undecided mmmmm.

Anyway, SL must continue to reflect RL, so the new Ella is here. I do think that in RL I won’t be just so harsh with a haircut again, and my avi will change again to adopt a softer, slightly longer cut, just not quite as long as before. Or, who knows, I may just grow into this style, learn to like it and keep it.

In the meantime, it’s a whole new Ella who you might encounter in SL.

Back in February, we wrote about the growing popularity of ‘wild swimming’.

Rather than go to a local swimming pool, it seems increasing numbers of people are seeking out a new swimming ‘high’ by sourcing waterfalls, pools, rivers and so on in which they can swim in ‘uncharted’ territory, as it were.

Of course, if you’re considering this, also consider the dangers! You don’t know what lurks under dark water, how deep it is, and so on, so if you’re considering this sort of thing then I’d recommend you don’t do it alone, don’t dive in head first, and do take safety precautions. This said, many more ‘wild’ swimming spots are being charted, and its popularity is growing in the UK and elsewhere in Europe.

Earlier this week, The Daily Telegraph charted some of the best UK locations for wild swimming, and yes, skinny dipping seems to be part of the appeal to enthusiasts of it.

Long before this blog started, long before I’d ever blogged anywhere, I was seeking out ‘wild swimming’ locations (although I didn’t know it had a name then) in SL. I even still have a number of landmarks of places I could use for a bit of surreptitious skinny dipping!

I still like to find a quiet spot in SL, in a photogenic sim, where I can throw on a swim HUD and splash around in whatever lake or river the sim offers. 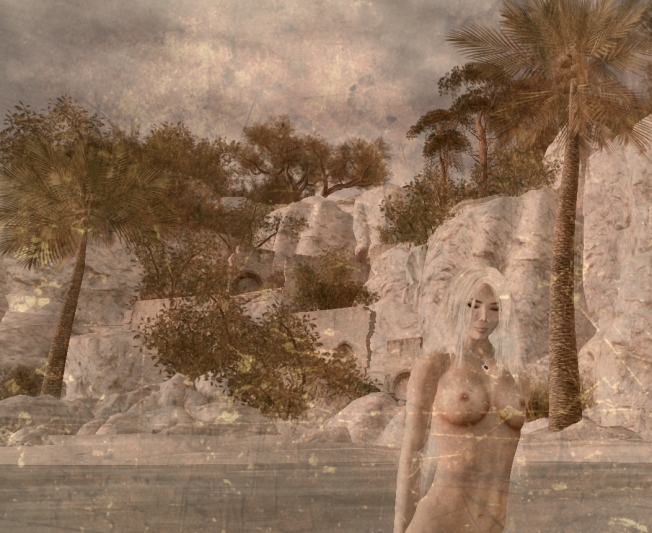 With this in mind, photographer Hugh has taken model Katja to a non-naturist location where she has indulged in a bit of ‘wild swimming’ of her own.

Let me roll my eyes at yet another of these social media memes, sparked by Justin Bieber posting a photo of himself on a boat, his bum bare, for no apparent reason, with the title ‘Look!’ Then deleted it.

But people have, of course, got copies of it and are having fun with it.

Now, for no apparent reason either, men’s bottoms are turning up all over social media. B(e)aring that in mind…I asked some of my SL male friends to pose accordingly 🙂 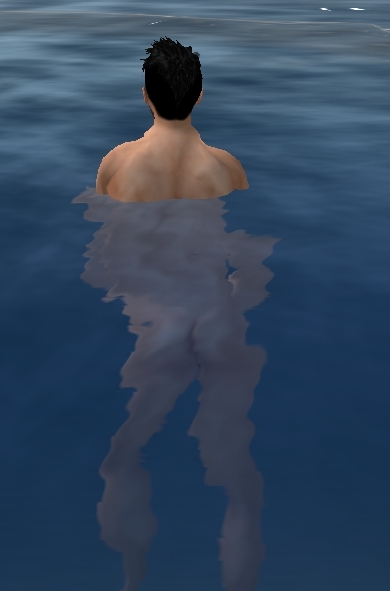 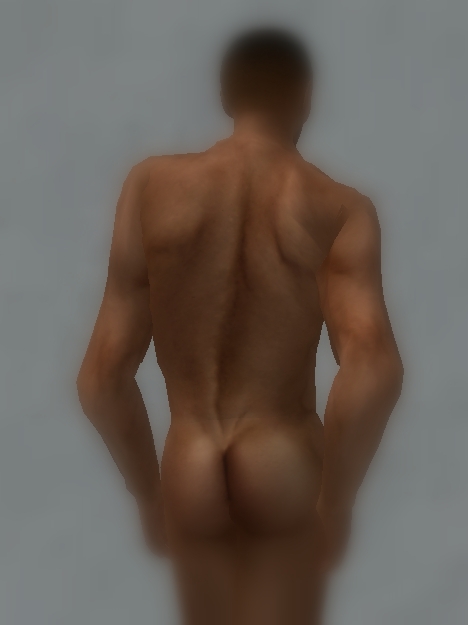 If any others respond, I’ll update as and when….

Bodystockings. Do you own one? Do you wear one? Would you buy or wear one?

I don’t quite get the practicalities of them. Yes, as partly-shown ‘underwear’ with matching stockings, they’re going to look fabulous. As an outfit in and of themselves, as part of a bedtime routine, well, they might work (probably for him rather than her).

Avi Candy has one such body stocking available as an SLF&O offer right now, in both revealing & more modest versions. As with things like thongs (on males or females), or ‘wicked weasel‘ type swimwear, I have to ask….if it gets to this, isn’t it time you embraced naturism?

Yes, it’s Britain’s Daily Mail, so should always carry a health warning, but they report today that scientists can find evidence that we’re just avatars inside another more complex version of SL.