In conversation with another (American) avatar at a sim this week, it was pointed out to me that the ‘Y’, the YMCA, insisted on nude swimming for many years, and the males in school swim teams also swam nude, often in the company of swimsuited female swim team members. Girls/young women were apparently clothed because the female body required ‘more modesty’. I wasn’t entirely sure if this could actually be true, so I did some research and found out that apparently yes! It might be true! Then again, it might not!

Are the photos above composites of the male & female swimming teams? 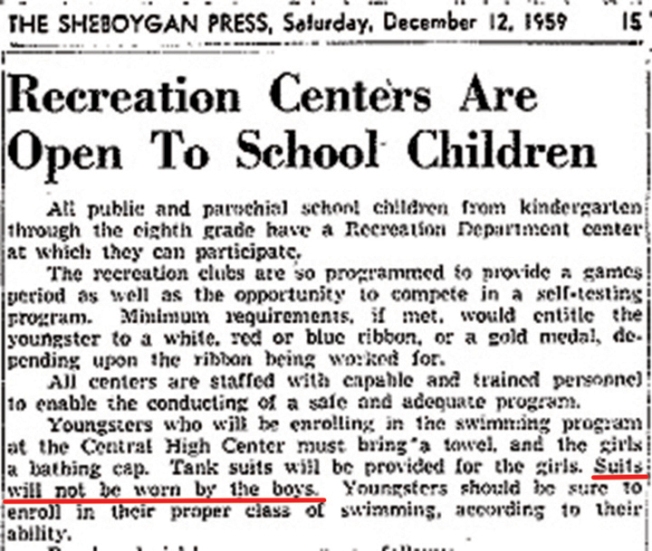 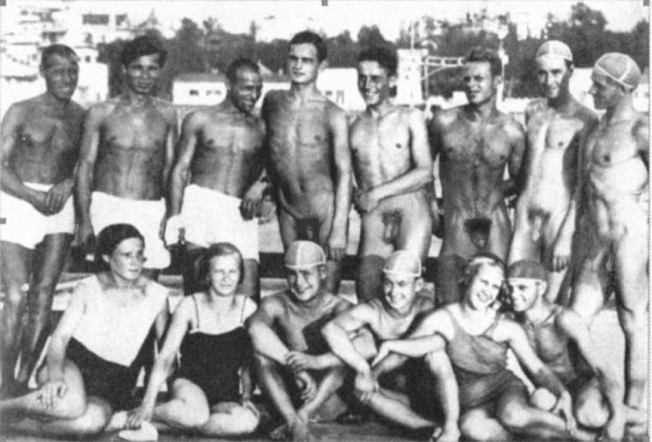 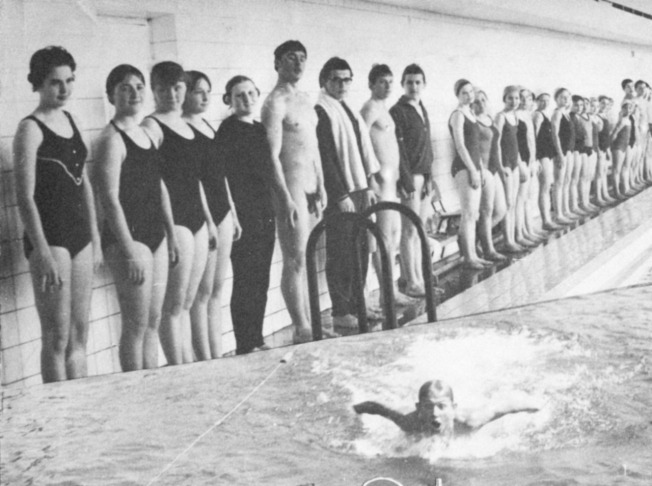 The photos don’t look photoshopped to create some CFNM fantasy. Despite this, one site examines the different press reports and suggests that, in many cases yes, the boys swam nude, girls clothed, but that there were gender segregated swim sessions.

I think we can say with some degree of certainty that males swam nude at the YMCA and in high schools, while females wore costumes. What I think is much less certain is that, despite photographic ‘evidence’ above, there were never any CFNM swim sessions. I would be delighted if any readers of SL Naturist could confirm or deny this CFNM scenario.