I discovered a beautifully photogenic sim called The Garden of Eden a couple of days back.

Naturally, the Garden of Eden will lend itself to nudity. 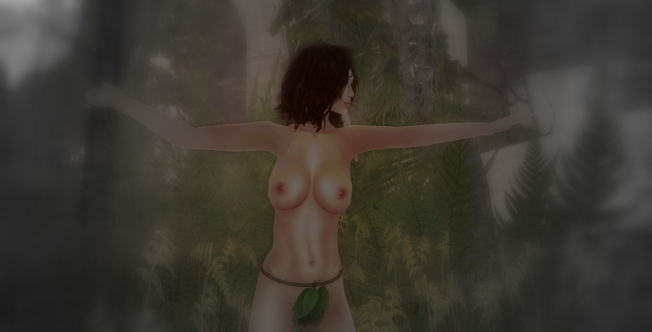 The Garden of Eden sim has recently run its own photographic competition and has a Flickr page, so you can see how other avatars interpret it.

This reminded me that SL Naturist has its own Flickr page, something I’ve barely looked at so far, so it also seemed like a good moment to add a couple of photos to that and let you know that page isn’t dead. I would have added them to The Garden of Eden’s own Flickr group, but it seems that the SL Naturist account has been moderated by Flickr staff, meaning that I can’t set the ‘safety’ level to alter them to be added to another group. I’ve no idea if this has always been the case or not.