As you know, we like cultural diversity on this blog. So it’s a shame, on discovering this couple at an African themed sim called Drakenssburg Mountains, that the outfits worn by both -clothes as might have been worn by the Massai tribe, originally came from a SL store called Peace & Lol, which no longer exists inworld, nor on the Marketplace.

Yes, it’s strange for a naturist blog to be blogging about ‘clothes’, but wait a moment!

What do you think about items offered in SL stores also being necessary to list on the MP, in perpetuity? I confess it was the uniqueness of these clothes that caught my eye and demanded that I speak to their owners, a couple called Mtendere and Abdoul. Both bought the outfits, which came complete with skins, hair and all clothing and accessories, some years ago. Mtendere confirmed that Peace & Lol was a store that specialised in ethnic clothing, and that the outfit ‘probably cost around L$200’ (although she couldn’t accurately remember).

It seems to me that there is a clear and obvious case for all items that are made available inworld to also be listed on the MP, and for those clothes to be there in perpetuity. Why should the clothes disappear if the designer leaves SL? After all, in the real world we revere vintage clothes when the designer is ‘no longer with us’, so why not something similar, moving forward, for SL or Samsar?

I favour a system whereby the clothes remain in the MP, and allow the designer to pick up a few L$ here and there in the future. If they decide they no longer wish to have anything to do with SL, well they could ‘sign off’ the cost of the clothes to a central Linden Labs account which could re-distribute any money raised for charity. 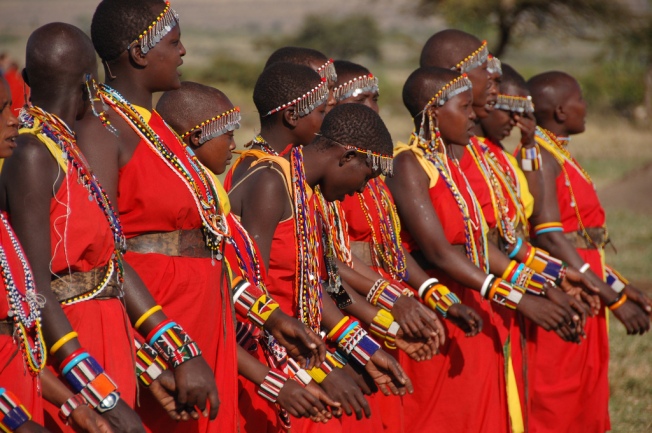 I also favour this approach to ‘hunt’ or ‘group gift’ or ‘fair exclusives’. After a specified period, 3-6 months, why shouldn’t a L$1 item, or freebie, or GG or hunt exclusive go on to be listed on the MP (at whatever the designer wishes to set the cost at, either into their own coffers or once again to a charitable trust). I do get frustrated with some hunt items I’d love to own, but can’t find, or don’t have the time to find.

I suspect I’m not alone in this. You too? I thought so.

So why not provide us with the chance, six months hence, to pick up a dollarbie or gift for L$200-300, whatever, should we choose to do so. And once again existing in perpetuity on the MP.

While all this talk of ‘clothes’ may have you scratching your head as to its relevance to a naturist blog, let me put it like this…there are also many, many, many items (skins, naturist accessory) that I see other naturists wearing or using that I think ‘I’d love to own that’. The same must be true to those of a textile persuasion. But we can’t! We didn’t join SL early enough, or lacked the time to locate the items!

It seems to me that to re-jig the MP to allow designers to benefit in perpetuity, or to allow charity to benefit, would be a good, positive step. Those of us in SL are good at supporting charities.  Why shouldn’t we raise a little more?

Trine adds…’There was also a shop in SL called Yak & Yeti which specialised in ethnic clothing, notably from the Indian sub-continent as Far East and they too appear to have been lost to Second Life users, which is a shame. Yes, I’d be in favour of some repository where we can pick up items that once appeared in SL, even if the designer has long since left SL, and for some sort of charitable donation to be made on their works if they opt not to continue an association with SL. An alternative might be to have it listed on the MP for 10 years after which (like music) it comes out of ‘copyright’ and becomes ‘public domain’ unless the designer decides to ‘opt in’ to copyright renewal.