Lying under the duvet on a Saturday morning, awakening naturally rather than to the shrill sound of an alarm, it was warm and cosy. It was tempting to lie there, snug, in just my skin, but there’s things to do, not least getting some posts up on the blog, so it has been up, have breakfast and sit looking out of the window at a bright, sunny morning in which you can detect a shifting sun. Spring is creeping towards us, and with it the commencement of the naturist season.

While it is quite pleasant looking out at it, it’s still a bit raw out there and in here too. I have hands like blocks of ice here at the keyboard, prior to the heating really getting to work properly.

Nonetheless, my Facebook page (a personal page, not linked to SL Naturist) shows that many naturist locations are in the midst of preparations for the forthcoming season. New tent pitches, caravan parking places, upgraded toilet/shower blocks, gardening. All are underway in advance of the new season and thus we can say with some confidence that the new naturist season is fast approaching.

Easter traditionally heralds the beginning of the season, but Easter is early this year, so it may well show a slow start to the European season. Even at the end of March it’s possible that we can get late cold snaps, snow and frosts, so I don’t imagine the UK’s club season will necessarily begin with a bang.

A quick look at European temperatures shows the continent still wintry. Minus temperatures for Scandinavia, zero across much of central Europe and an unremarkable 12-15 degrees across Spain.

But many of us are still doing our planning for holidays, or making our preparations. 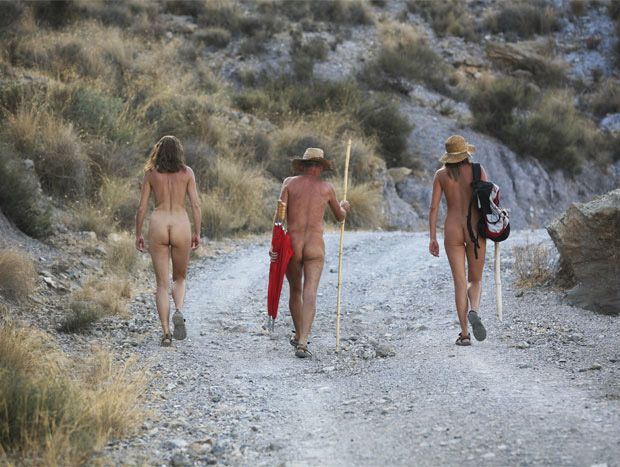 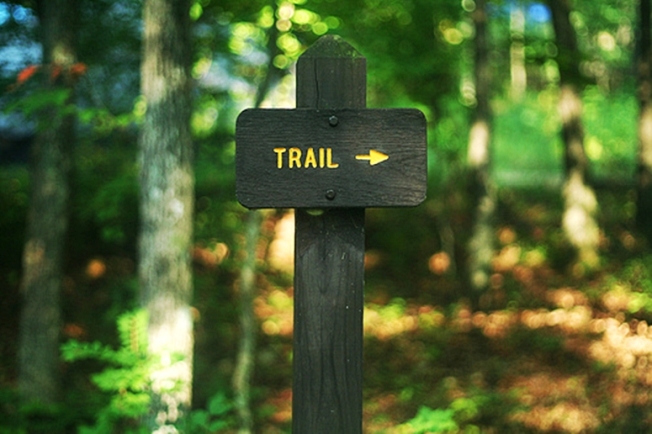 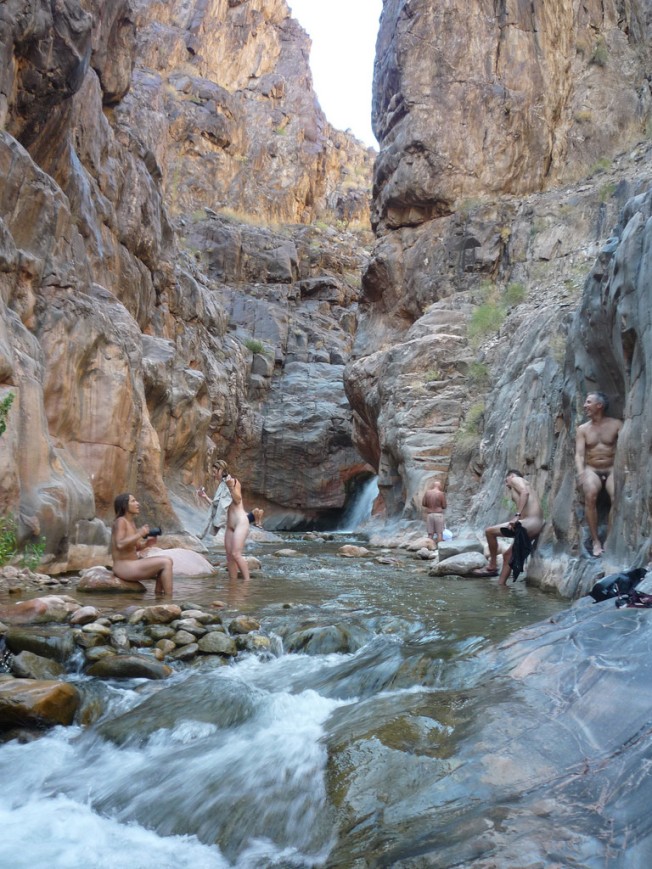 There’s nothing like tramping up a hill, at home or abroad, and being able too disrobe once away from the main trails. On particularly hot days, it’s a delight to find a tarn, a mountain lake, in which to have a skinny dip. I’ve been ‘discovered’ by other walkers in the past while taking such a swim and the thing is that no one, not ever, has objected to my nudity. It’s not as if every hill-walker I come across can be described as naturist, quite the opposite in fact, but there seems to be an unwritten code amongst hill walkers that nudity is perfectly acceptable in context. A long, sweaty trek up a mountain often deserves a cooling, refreshing dip. I’ve had occasion where I’ve been chanced upon and I get smiles and waves or a query about how cold the water is. There have been occasions where I’ve been joined in a tarn by other walkers.

The free military boots I blogged earlier this week got my mind to thinking about being equipped for a hill walk in Second Life.

I take a small rucksack with me, and it will contain the maps, compass and other essential kit I require, along with wet gear, even on a hot summer’s day. Weather can change rapidly. Not only that, but a bright yellow wetsuit can be picked out on a hillside were I to fall over, break an ankle and need rescuing.

I’ll take water, some sandwiches, and a north of England delicacy, Kendal Mint cake. Pure sugar, and outrageously unhealthy, I’d suggest, but it does provide an energy burst if you’re starting to flag at the end of a long walk.

I met up with SL’s own ‘Naked Rambler’, Jimmy, who is replicating real life by traversing SL’s sims nude, in the manner of Stephen Gough, the UK’s ‘Naked Rambler’.

We blogged about Jimmy at the very start of the year, and I felt it was time for a catch up on his progress, so I kitted myself out to walk a couple of sims with him, beginning at The Mill sim. 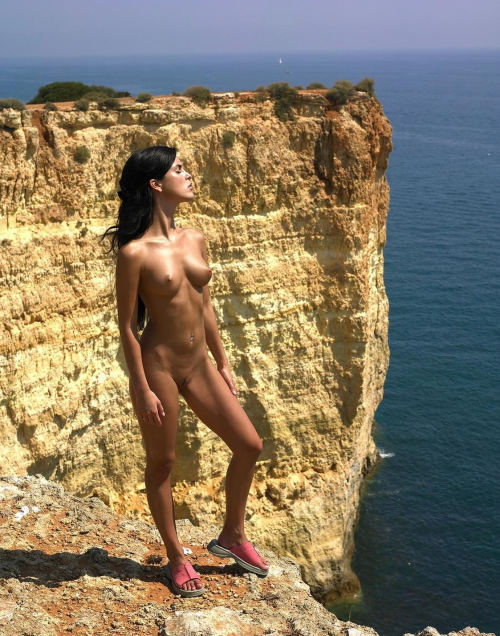 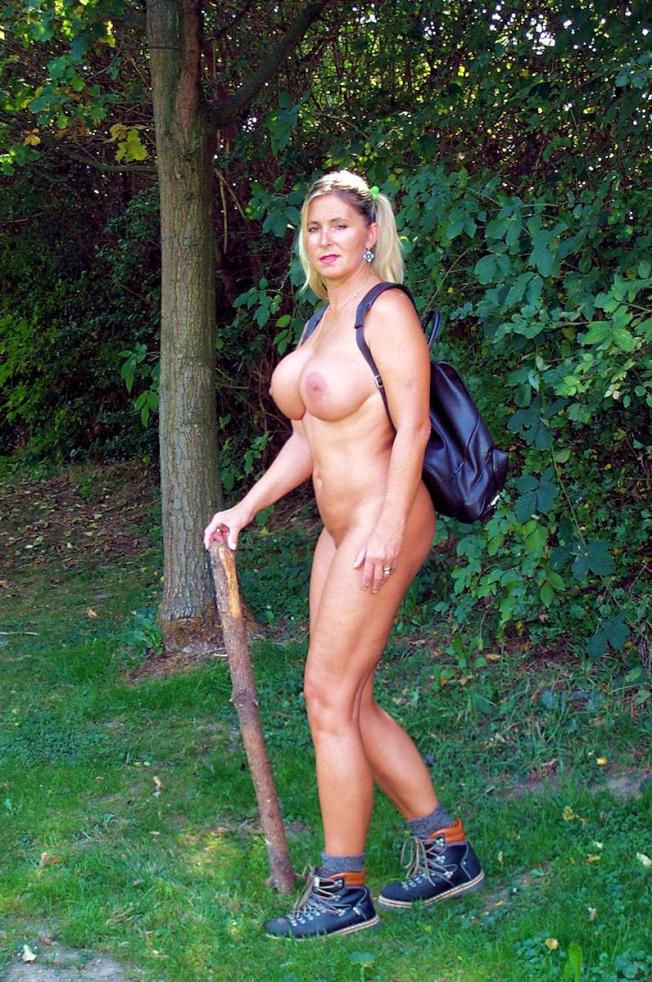 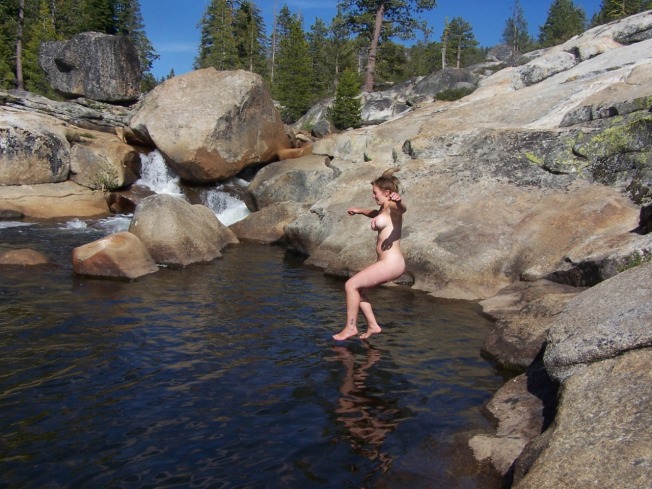 I asked Jimmy how his venture was going.

‘I get thrown out of some sims, hahaha. The phobia for a naked body is as strong in SL as it is in RL. I’ve been banned from one or two, despite taking every effort to ensure I don’t ‘offend’ others’.

And what type of sim are you visiting?

‘I confine myself to photogenic sims, the places where there’s not much of a shopping crowd. I also generally pick my SL inworld times to be a bit more off-peak, late afternoons or early/mid mornings. The idea would be that a naked rambler is, in the main, going to be walking in isolated areas, and only just coming across the occasional avatar. Where I’ve been thrown out of sims it’s because the sim owner or one of their management staff is present. I do try to explain the idea behind what I’m doing. Ultimately the idea is to normalise the naked form and deliver the idea that it’s perfectly fine and not a particularly objectionable thing in the worlds we inhabit, either real life or in world. Some people accept the explanation, others refuse to debate and throw you out anyway.’

So you’re in fields or up hills a lot of the time?

‘Yes. I don’t use mini-map for this, so there’s no concept of being able to walk away from another avatar in a sim. Encounters are as chance, as random, as they would be in real life. But I do like to take in photogenic sims, take photographs and enjoy the ramble. I do wish SL was more joined up, though. It would be great to simply walk through different sims without exhausting it in short order and having to teleport somewhere else’.

One of the things I like about Jimmy’s travels, just like my own naked hill-walking at home or abroad, is that it reflects a need to break out and break away from the beach, to normalise nudity beyond straightforward sunbathing/swimming experiences.

One thought on “Naked Hill walking”