No, it’s not naturist, but Whore Couture (now in its 5th year) is always good value for some interesting props and poses (which aren’t as sexual as the fair’s title might suggest). 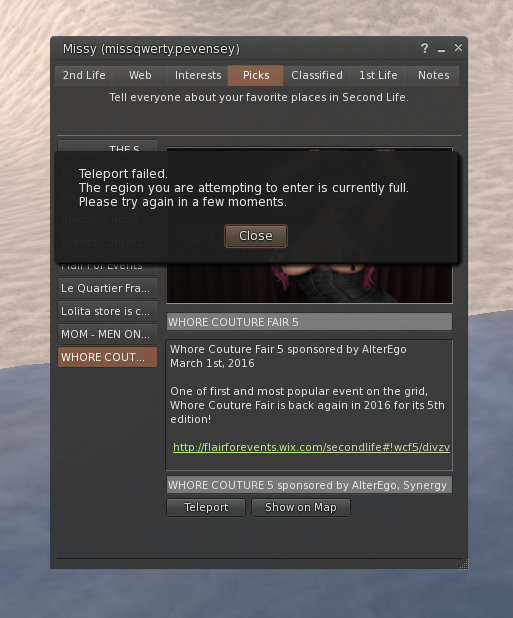 I’ve been trying to get into it for the past four days, without success (see the photo above). While it’s disappointing not to be able to grab any items which might have some sort of naturist reporting value for our ongoing ‘accessories’ posts (equally, it may not, I don’t know yet), it’s heartening to know that a fair can be so popular that attempts to get to it, on and off, at various times of the day/night. fail. The upside of that is that the fair’s popularity very much points to the fact that SL does remain a popular game, and that its ‘demise’, as often reported elsewhere, with glee, is not perhaps as imminent as those reports might suggest.