In one of those remarkable synchronous events that seems to happen regularly if one is an SL player/blogger, no sooner had I posted a previous blog post, about the Home & Garden Expo, than I clicked into The Guardian’s website for my dose of daily news and read about The Steward Woodland Community, (link connects to the Guardian’s reporting) a community facing eviction from Dartmoor National Park.

The Steward Woodland Community (this link goes to the community’s own webpage) have been living a low-impact lifestyle at Dartmoor for the past sixteen years. They’re a group who have been living and working together and experimented with…permaculture food growing and land use, community dynamics, renewable energy and appropriate technology, building their own dwellings using low-impact materials, small-scale woodland management and experiential and home education. They must be doing something right for their experimental (not exactly experimental, one supposes many people in England, and around the globe, once lived a similar existence) lifestyle to successfully run for sixteen years. 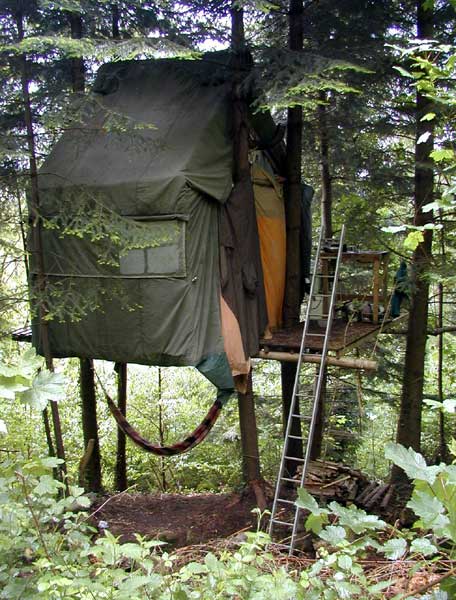 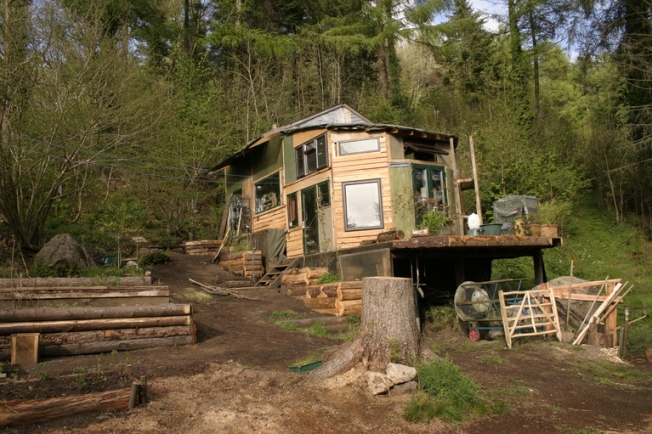 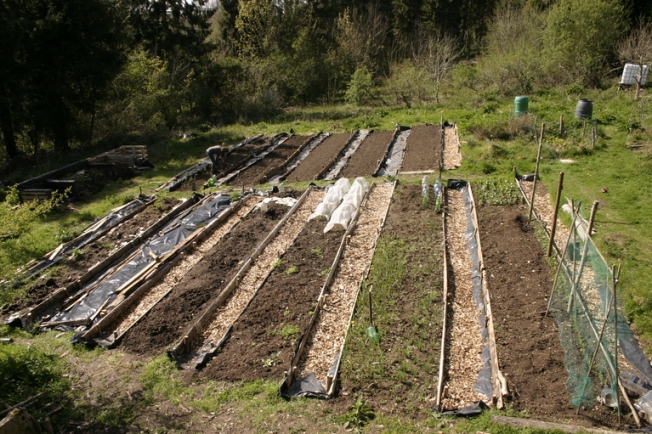 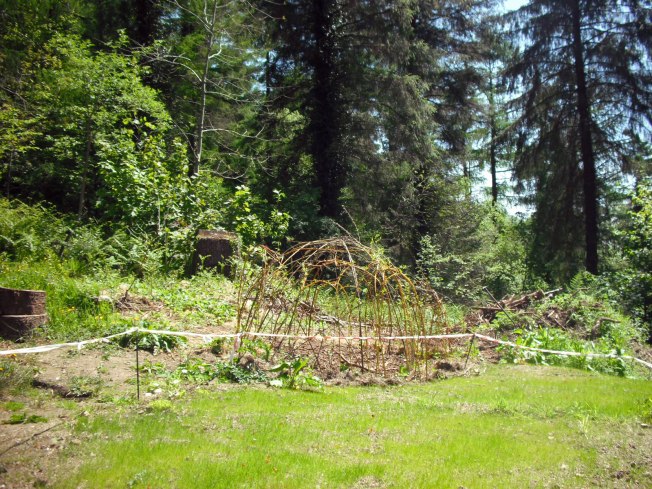 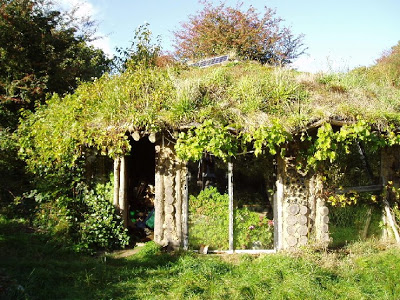 Theirs is a lifestyle within a system known as permaculture, and it’s a fascinating topic which naturists will readily identify with, as a broad naturism very much involves care for the environment, much as Howie outlined in my previous posting.

I began to do a bit more research, and also contacted Howie back as regards his understanding of that lifestyle.

‘It’s not something I’m overly familiar with’, he told me, ‘but it’s something that interests me greatly. Naturists are part of a broader counter-culture, as are the likes of the Steward Community. We live beyond the immediately familiar and accepted way of living, but there’s a common bond between us and others. I’ve recently been part of a naturist beach clean-up (we were clothed, due to the time of year) where we cleaned up a lot of the detritus washed ashore, or dumped by people. I got involved because we naturists need to care for our environment, for the sake of our children and grandchildren. Naturism isn’t just an act of taking clothes off. It’s a bigger thing than that, and Ella understood that when she was editing SLN. I’m delighted that, without prompting, you’re also feeling confident enough now to expand your vision of naturism beyond reporting nude acts -although that’s important too in the sense of creating a fair and equitable society.

‘Yes, I’ve read about this group in recent days and I support their claim to have a right to exist within Dartmoor where they’re definitely guardians of nature, rather than a threat to it. I imagine the local council’s objections to them living there permanently is greatly influenced by the group’s capacity to be living in an ‘odd’ way, which isn’t odd at all, but the manner in which man lived for thousands of years. It’s only in the past 800-900 years that we’ve moved away from the hunter-gatherer-forager lifestyle into houses and ‘civilisation’. I actually think this group are living in a very civilised manner, certainly more attuned to the world around them than many of the rest of us.

‘I know you read the SLN back pages when you took over the editor’s role, so you’ll know this has been a minor theme of SLN all along. Ella used to couch it in terms of ‘better and more diverse geography, less shopping malls’, but she was on the same track. SL should be a tool for education as much as it is shopping or cybersex. If we, as naturists, are growing window boxes of herbs, without fertilisers, in SL and it encourages someone to think ‘hey, I think I should grow some basil and mint for my salads in real life’, then I think we’ve achieved as much as we have in promoting and underlining the idea that naturism does not equate to sex just because people are naked.

‘Which is why I mentioned to you a while back my idea to rip down SLN HQ and re-invent it as a sort of eco-village. In real world terms, I’ve got about half an acre of SL land at Eden. That’s about 1/3rd of a soccer or American football pitch. Not a lot, but even that would be a foothold in the presentation and representation of alternative, sustainable living. Naturism, as I say, as Ella said, as you’re now saying, is a much bigger thing than naked people.

‘It’s strange that you’ve come back to me about this so quickly after I outlined it to you at the beginning of this week. Maybe it’s a sign we should do something.

‘You’ve got my full support to promote alternative, sustainable living as part of a wider naturism.’

Suitably emboldened, I researched some more, to find that naturism and sustainable living do march hand in hand in eco-villages around the world. 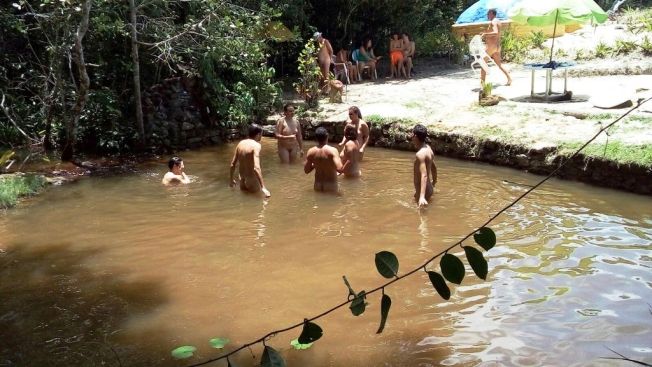 The act of being nude isn’t one of being a sexual being, or of being an exhibitionist (we knew this already) but of logical thinking. If we live naturally, then we live in a manner that concludes that, for swimming purposes, an expensive, sweat-shop produced swimsuit isn’t a solution. We simply need to dismiss society taught ideas that we need to perform is specific ways. If it’s warm enough, we don’t need clothes. We aid the environment by not using as much water for clothes washing, or pumping the detergents into our water systems, heating the water and so on.

Of course, as usual, naturism & Second Life are uppermost in my mind.

So how might ‘permaculture’ be applied to our (naturist) SL experience? 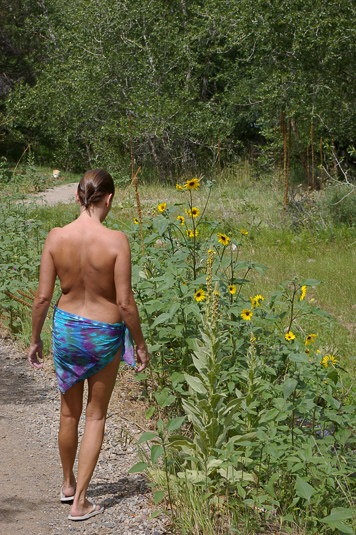 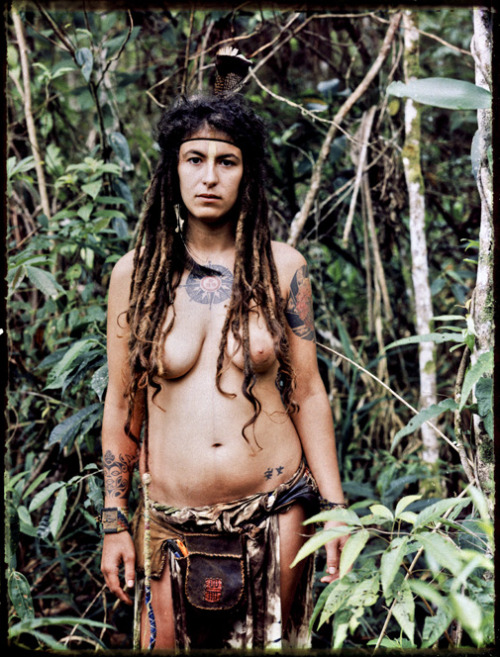 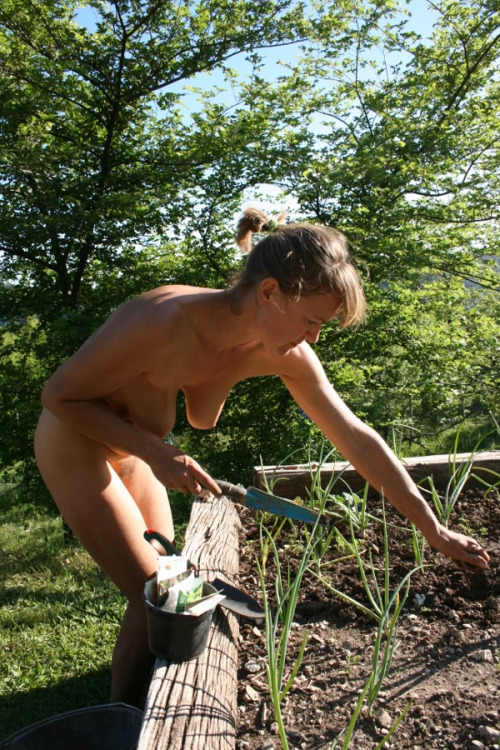 Rather than allow this post to become gargantuan, I’ve decided to split it into a couple of separate posts, like a mini-series on ‘permaculture’ and alternative lifestyles within the game. This post should serve as an introduction to a broad ‘permaculture’, and in the next couple of posts we’ll be looking at how this lifestyle is reflected in SL. While some locations won’t regard themselves as ‘naturist’, they will nonetheless mirror many of the interests naturists share, with a broad adoption of policies that reflect simple, healthy living, sustainable living and being outdoors.