It’s International Women’s Day, during which I’ve been bombarded with reminders on and in the media. From BBC Radio 3 celebrating the compositional skills of Clara Schumann, Hildegard of Bingen, Fanny Mendelssohn and more, to BBC Radio 4 reminding of us great writers like Jane Austen, Virginia Woolf and George Eliot (Mary Anne Sands, who used a male pseudonym in order to get published), to Jazz FM reminding us of Sarah Vaughn and Ella Fitzgerald, it has felt like a double-edged sword.

Yes, it’s right that we celebrate women and their achievements, but why just one day in the year? Why, when International Women’s Day rolls around, does it suddenly feel like quota-filling? This is probably a little unfair, as I don’t have any sense of the BBC (or Jazz FM) displaying gender bias on a daily basis. We’re just as likely to be exposed to Jane Austen’s work, adapted for radio, or have Clara Schummann featured as Composer of the Week, to hearing concerts by Ella Fitzgerald, as we are the work of men. I’m probably not alone in thinking of it as great writing, great composing, great jazz singing rather than focus in on the gender of the author.

If we’re celebrating equality, as we should, we should probably spare a moment to consider top freedom, and the free the nipple campaigns, which show that, in respect of true equality, women are still lagging far behind.

We should also celebrate the achievements of other, lesser well known ladies who have just as readily done great things, such as the record breaking Yorkshire Rows team, who’ve just finished a trip across the Atlantic and were brought onto BBC’s Breakfast Time news programme to talk about their marvellous achievement.

It seems that nudity was part of the row (why not, with miles of nothing out there and the opportunity not to sit around in wet clothes?) 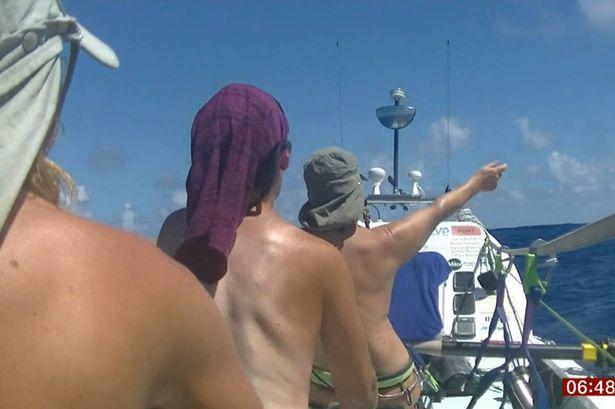 That’s the same sort of logical sense that naturists display towards clothes when swimming and sunbathing. But of course it was another bit of video shown while out on the ocean’s wave that made the news, as well as being reported on the news, and that’s the accidental showing of one of the ladies involved rowing bottomless. That really did get the twitterati excited, or appalled.

We didn’t exactly get to see a vagina, contrary to what someone says above, but we did get to see some pubic hair. (Note to Twitter users: there is a difference).

What do you think the odds are of a newspaper or broadcaster apologising for accidentally showing a photograph of a flower?

Still a long way to go in respect of equality and grown-up attitudes to the body (male or female), and a storm in a teacup that appears to have overshadowed the ladies’ wonderful achievement, while oddly probably brought them much more publicity than they might have otherwise expected with a quick, pre-700am interview.