I spotted an SL blog entry about Mon Cheri earlier and headed over there because they appeared to do a nice line in lingerie. This was intended to be a personal purchase, and I had no plans for an SL Naturist blog post about it, until I spotted an item on the wall (L$245) that fitted perfectly with the ‘naturist wardrobe’.

It’s a bikini (other colours are available) with an additional ‘bikini vest’. The bikini vest, a loose overthrow, is something that is familiar on beaches, naturist and textile, as a garment thrown on following a swim, or possibly as a garment to wear to and from the beach.

Dispensing with the bikini itself, it’s very much a naturist accessory, familiar to many people who have been to a naturist beach.

The 2016 Skin Fair is now on, and I’ve been checking it out. I’ve not bought anything from it (yet), but I have to say that I remain disappointed by the body-phobia displayed, with certain areas in photos of the skins routinely censored. 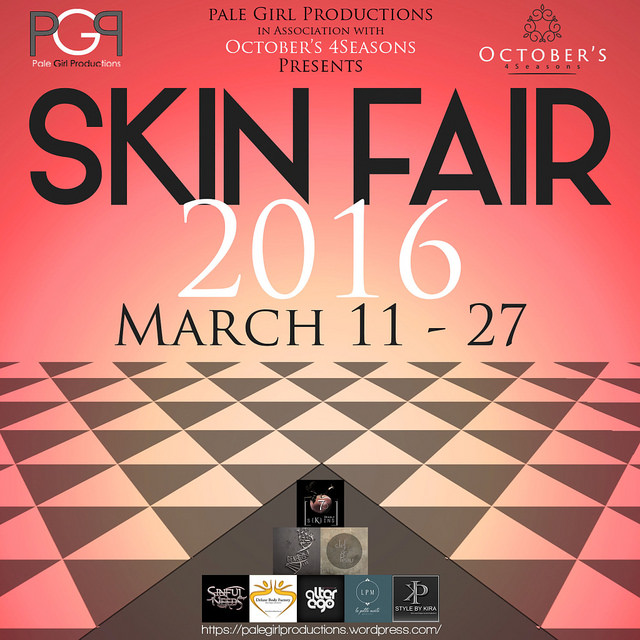 Due to the nature in which male genitalia is ‘attached’ to an SL avatar, this doesn’t seem quite so important, as male avatars will tweak colour (and size) of their separately purchased appendage to order.

Where it does irritate me, hugely, is female skins routinely censored. We all know that nipples can be quite individual on skins, and it would be nice to be able to see them as they are applied to each individual skin. Similarly, there can be some variation on female genitals, and again I’d be more impressed by the various designers showing us what variations exist without us having to grab a demo, teleport out, try the skin on and then teleport back in to purchase (or continue shopping). It’s not even a naturist thing, as I would imagine it’s small details like this that irritate many of SL’s avatars. In 2016 we should not be quite so body-phobic as many skin designers appear to be.