London has opened its first naked restaurant, The Bunyadi. 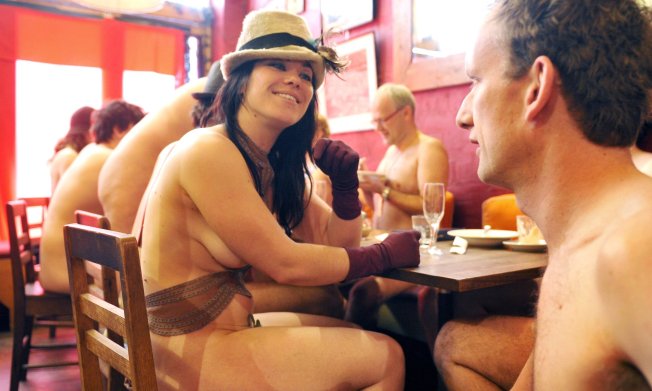 Just as importantly, there will be ‘no mobile phones and no food preparation that requires electrical appliances’.

This follows on the heels of news (a couple of weeks old now) that sales of physical books are rising, e-books declining.

Add to that the resurgence in vinyl records, and it’s an orderly queue away from ‘digital’.

While digital has been marvellous, and allows us to do so much -blog, for example…how much of a global readership might SL-FKK (or SL Naturist) have had churning out a photocopied ‘fanzine’?- it seems we now hanker after a simpler life, one that eschews digital formats for something simpler, be it the crackles on a record, the chatter of conversation as opposed to ‘checking in’ to a restaurant on a device, slow food and an escape from the vagaries of fashion in the best suit we’ll ever own.