First, a couple of thoughts on the ride.

It seems to me that there are many more men than women doing the rides, which isn’t entirely surprising. Men will much more readily strip off in many circumstances than women. It’s not any different in naturism.

I would suggest that there’s a little bit of a danger presenting itself to the various WNBRs around the world in that they become overwhelmingly male, with females outnumbered and maybe feeling a little vulnerable as a result. 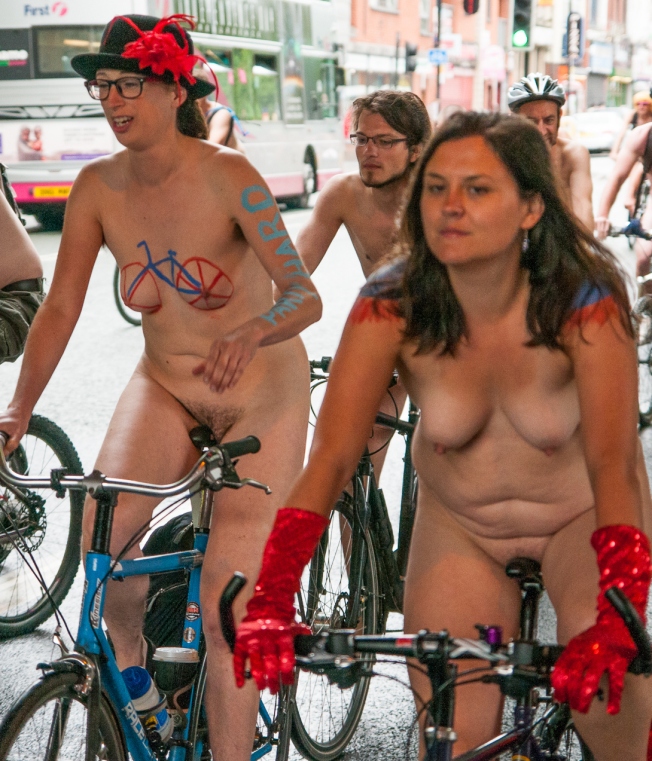 In which case fewer and fewer females might feel they wish to participate. It’s something that needs to be addressed in moving forward in future years. There is also the danger that, in a digital age, the likelihood of turning up naked on the internet approaches 100% probability, so females -likely to be the more photographed and digitally shared gender- may have some reluctance to participate for that reason.

Next, for those females who did ride, going topless is pretty much normal, unremarkable activity now. There’s hardly a female alive (in certain societies) who feel any sense of embarrassment, shame or uncertainty in going topless. 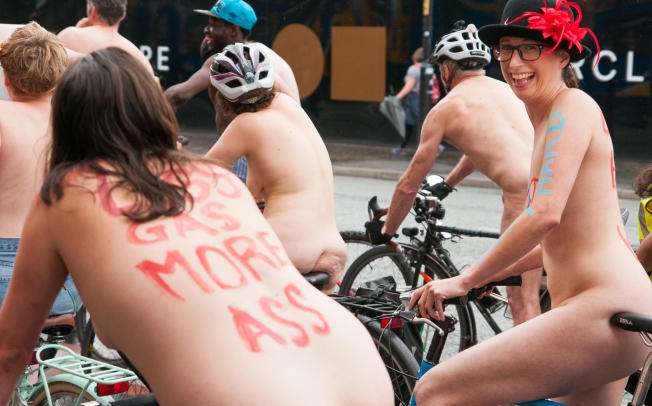 However, panties are still much in evidence. Going into the ride I did consider going similarly clad. It was only the bravado of my ride companion who encouraged me to go fully nude.

Thirdly, pubic hair isn’t quite so much the ‘endangered species’ it is in naturism. Barely a female hasn’t utilised a razor or depilatory cream on the beach, or in a sun club, but girl (and guy) fur is much more prevalent in a cross section of non-naturist society than you might expect. 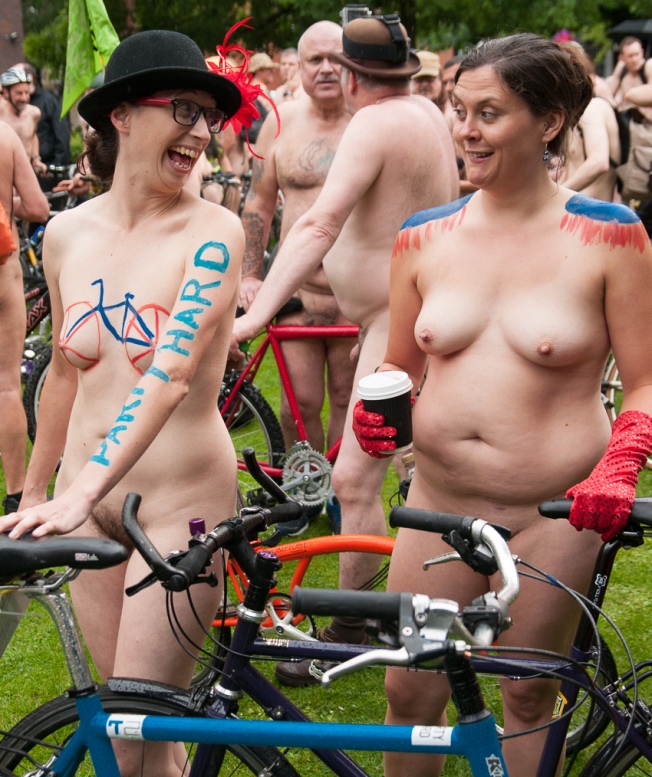 I have to say I found it a liberating experience in a manner in which naturism no longer is, having gone to nudist beaches and clubs for so long and so often. Cycling nude, cycling public streets nude, was a novel, exciting and smile-producing experience.

I was intrigued by the wide range of ages, sizes, shapes and racial backgrounds. In naturism, there’s often a sense of it being an overwhelming white, and often middle-aged, lifestyle. If people who represent a snapshot of society can participate in a naked bike ride, why isn’t naturism doing more to engage with them and get them involved?

I also noticed a transgender person riding, which I found a positive thing too. In a year when various US states have legislated to discriminate against transgender people, it was great to see someone saying ‘look, here I am, I’m the same as you’.